Why Russia's Nuclear War Tank Was a Total Failure 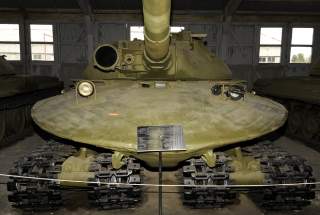 In reality, classic heavy tanks stopped making sense by the mid-1950s. Speedy, maneuverable and reliable tanks — with new high-powered guns — would win the wars of the future. Devastating guided missiles capable of punching through heavy armor had also begun entering service. Khrushchev, who loved missiles, had enough of the Soviet army’s penchant for heavy tanks.

In a war that never happened, formations of heavy and rather odd-looking Soviet tanks would have powered through atomic explosions in breakthrough attacks into West Germany.