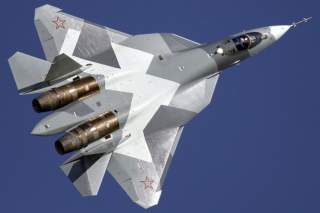 Over the last several years it has become quite clear that the Russian military has been doing all it can to modernize--and fast.

While it might not be producing tons of military equipment, nor is all of it on par with the latest and greatest the United States has in its arsenal, Moscow has made big strides to shake of its post-Soviet Union defense decline.

And it has some impressive results to show for its efforts.

Russia has worked hard to embrace 5th generation fighter jets, 4th generation ++ aircraft and tanks that are close to the latest and greatest American and European models in terms of performance.

But just how good are they? What could they really do on the battlefield?

To help answer some of these questions, we have combined several different articles into this post. The first, by Sebastien Roblin, looks at the much discussed PAK-FA, and how it would perform against the American F-22. Next we have another piece, also by Sebastien Roblin, discussing the Su-35. Rounding out the post is Kyle Mizokami, looking at the progression of the Armata T-14 tank. Let the debate begin!