Will America's Bombers Be Able to Defeat Russian Air Defense? 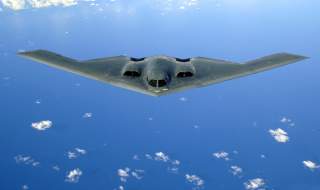 The Air Force is preparing for a substantial technical “critical design review” of its next-generation B-21 Raider bomber, an aircraft said by developers to mark a new “fourth-generation” in stealth technology able to elude the most advanced air defenses in the world.

“The B-21 program has completed preliminary design review. The next step is critical design review. The Air Force remains confident in the B-21's progress and in delivering this new capability as planned in the mid-2020s,” senior Air Force public affairs director Anne Stefanek, told Warrior Maven.

It if's arsenal is anything like the B-2, it will like have an ability to drop a range of nuclear weapons, GPS-guided Joint Direct Attack Munitions and possibly even the new Air Force nuclear-armed cruise missile now in development called the LRSO - Long Range Stand Off weapon. It is also conceivable, according to Air Force developers, that the new bomber will one day be armed with yet-to-be seen weapons technology