Will General Mattis Have a Back Seat on the Trump Train? 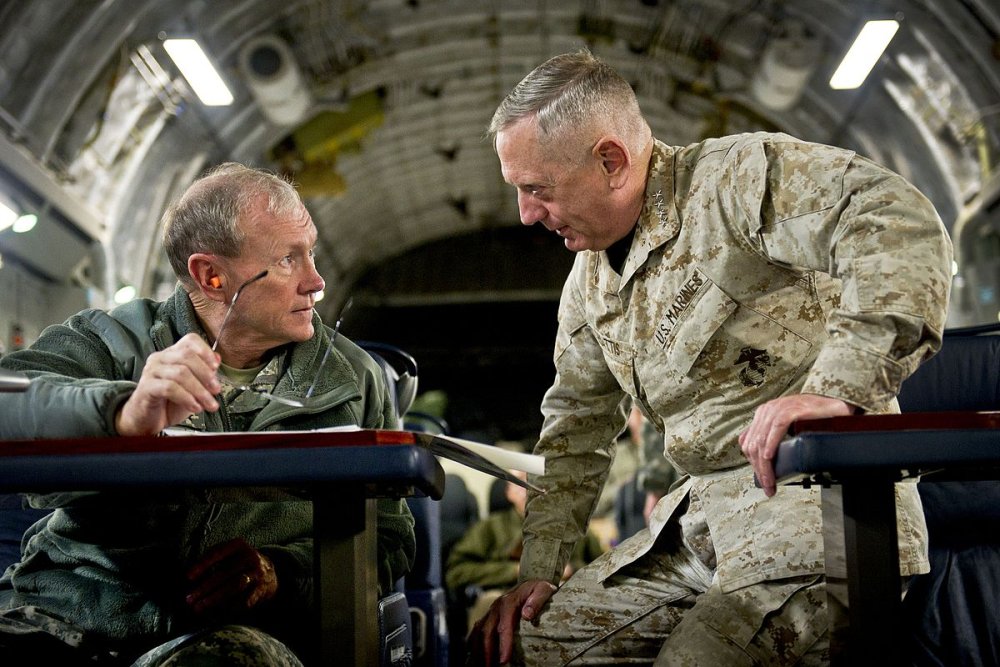 The election of Donald Trump as US president is the second strategic surprise of the 21st century. It shocked the financial markets, political community (especially inside the Washington Beltway) and polling industry. Like 9-11, everything was different when we woke up on November 9th, assuming anyone got any sleep. Overnight the almost universally expected victory of Hillary Clinton, and the likely Democratic Party capture of a US Senate majority, disappeared. Policies and priorities were pretty much expected to go along as they did with the Obama presidency: low growth, lots of new regulations and taxes, and the status quo overseas. Instead, America had just elected its first overtly protectionist president since the 1920s, and the first modern president to doubt the value of our alliance structures in Europe and east Asia.

Like everything else having to do with Trump's business and political careers, there is an ad hoc quality to his policy plans, at least as they appear to outsiders looking in. His campaign was based on big tax cuts, deregulating much of President Obama's anti-business rules, big defense spending increases, tougher trade rules, and large new infrastructure spending. But there was no effort to integrate those plans, or put them into a larger budget context.

The good news for President-elect Trump is significant parts of his tax reduction plans overlap with Speaker Paul Ryan's plans, and Trump clearly has a mandate for more infrastructure spending. That spending can probably be funded with low-interest, long-term bonds without adding too much to the federal debt. The tax cuts and deregulation, much of which can be done by budget "reconciliation" and repealing Obama executive orders, should generate higher economic growth and more tax revenues, as the torrid stock market since election day indicates.

Fitting higher defense spending into all these plans will probably be the hardest goal. There is reason to believe big defense spending increases will take a back seat on the Trump train. The House GOP majority is already skeptical of Pentagon needs, and Trump himself has expressed skepticism of our Middle East adventures and America's large forward presence on the other side of the world. With tax cuts, more infrastructure spending, and Trump's avowed protections for Social Security and Medicare all creating the potential for bigger deficits, something will have to give. And that something falls in the category of "discretionary" spending. So even though the Budget Control Act will go away five years early, the same pressures will continue on the non-entitlement sections of the federal budget, including defense.

Defense advocates would be wise to carve out some critical areas to both grow and protect in this atmosphere. One might be the need for more robust national missile defense spending. Russian missiles are the single greatest threat to our nation's future, and protection against them should be much more robust. Another focus could be the collapse of the US Army's modernization program and how that impacts our credibility in Eastern Europe. US Air Force planners would also be wise to draw a fence around their ambitious fighter, bomber and tanker modernization programs, and not allow them to be diverted by less important sideshows.

President-elect Trump appears ready to name retired Marine Corps General James Mattis Secretary of Defense. Mattis has the intellect, command and combat background to be a rare defense secretary that actually gets his arms around that giant building. But the fight over a top-line increase for the defense department's budget will be hard, and the Trump campaign defense plan has a lot of big-ticket items in it. As a starting point Mattis, the US military, and its political allies ought to carve out some must-have, non-negotiable areas that are realistic and achievable in the coming budget wars.