Will Spain's Political Problems Ever End? 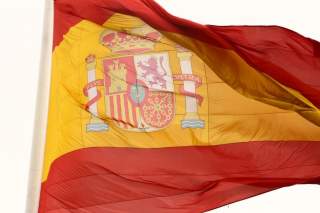 Oops, Spain did it again. On Sunday, it held a do-over of last December’s general elections in an attempt to produce a constellation of political forces that would make the country governable again. After months of fruitless attempts to put together a coalition government, voters were asked to provide their input again. But just like in December, the results did not produce a majority in the Spanish parliament for any realistic set of coalition partners.

In December, Spanish voters shattered the two-party system that had been in place since the post-Franco transition to democracy. The center-right Partido Popular (PP), Prime Minister Mariano Rajoy’s party, and the main opposition party, the Partido Socialista Obrero Español (PSOE), saw their joint vote share reduced to barely over 50 percent. That percentage went up a little this time—to about 55 percent, thanks to the PP making up some ground—but not by enough to restore the dominant position the mainstream parties found themselves in for decades. Just like half a year ago, the upstart parties of the center and the far left took away enough of their traditional support levels to make it impossible for either PP or PSOE to govern either alone or with the support of one of the smaller parties. Back then, both the centrist Ciudadanos and the Hugo Chávez-inspired and -funded communists of Podemos gained significant numbers of seats, and consolidated the growth potential they had previously shown in European and local elections. That process appears to have come to a halt, at least for now.

In the battle for votes on the right side of the political spectrum, about half a million Ciudadanos voters out of 3.5 million returned to the PP. These voters may well have worried about the prospect of the left coming to power with the support of Ciudadanos. Ciudadanos proclaimed that it would not form a coalition with the PP as long as Mr. Rajoy is in charge, and that appears to have backfired. This leaves the party of good governance with less leverage than it had last time around, as staggering corruption and offshore bank accounts appear to be less important to sizable numbers of voters than ideological reliability.

On the left, the pony-tailed would-be revolutionaries of Podemos contested Sunday’s election in an alliance with Izquierda Unida, an old-school communist party. The newly branded Unidos Podemos (UP) maintained its joint number of seats, but in doing so it underperformed wildly compared to opinion polls taken during the weeks leading up to the vote. One can only speculate why that happened, but the collapse of the Venezuelan economy, source of both income and inspiration for UP’s leadership, cannot have helped.

Back to square one then? It certainly looks like it. Mr. Rajoy struck an optimistic tone after the results had come in and his victory become apparent, but it is hard to see how these results make it easy for him or anyone else to put a majority together. Teamed up with Ciudadanos, the PP would fall seven seats short of a majority. Would the PSOE let Rajoy form a minority government? Unlikely. Doing so could well trigger enough of a backlash to jeopardize the PSOE’s position as the leading party of the left, and its leader says that it will not. Let’s throw in the representative of the Canary Islands nationalists then, a conservative, and we are down to a gap of six seats. Add all of the moderate Basque nationalists, and we are still short a seat. Oh hey, there’s another guy from the Canary Islands, representing Nueva Canarias! He is a PSOE ally, but not a PSOE member. That could do the trick, but straightforward and stable it is not. Although the arithmetic is slightly more manageable than last time around, working this out will not be as easy as the euphoria of election night may lead one to think,

Then again, there are two factors that make a successful negotiation a little more likely this time around. There is the simple fact that voting again is the not the panacea some may have thought it was, and that voters seem committed enough to last December’s outcome that they practically replicated it this week. In addition, the Brexit drama triggered by last week’s vote in the United Kingdom may add a sense of urgency to the negotiation, as a caretaker government is perhaps not what people want during times of heightened uncertainty. Will those impulses suffice, or will Spaniards continue to vote every few months?