Will the Marines Get the Sniper Rifle They Need? 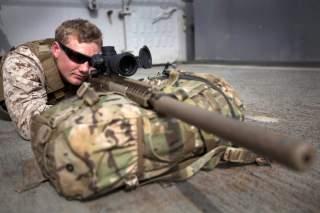