Will the United States Soon End the Arms Embargo on Vietnam? 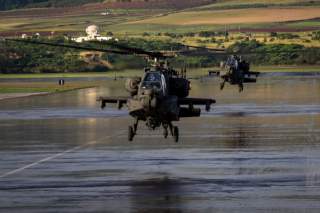 This weekend, President Obama will travel to Vietnam, making the third U.S. presidential visit to the country since the end of the Vietnam War. Obama’s trip, which will also include a stop in Japan, will encompass several priorities. He will try to reassure allies that the United States remains committed to the Trans-Pacific Partnership, even though the deal has stalled on Capitol Hill and could be rejected in Congress entirely. (For more on the TPP’s current fate, see this new Bloomberg piece.) He will become the first president to visit Hiroshima, where he will likely reaffirm his commitment to reducing nuclear proliferation without making a formal apology for the use of nuclear weapons in World War II. He may send further signals about long-term U.S. commitment to protecting freedom of navigation in the South China Sea, at a time when the Philippines has just elected a new president who seems focused on domestic priorities and more willing to reach some kind of accommodation with Beijing on disputed waters.

In Vietnam, however, perhaps the biggest question will be whether Obama publicly calls for a complete end to U.S. restrictions on arms sales to Hanoi. Currently, the White House has eased restrictions on sales of some U.S. maritime equipment to Vietnam, but it has not tried to end the arms embargo. According to reports in Reuters and other outlets, the Vietnamese government, which last year was the eighth largest purchaser of arms in the world, is interested in buying U.S.-made helicopters and fighter planes, among other equipment. Representatives of several U.S. defense companies reportedly attended a defense symposium in Vietnam last week, perhaps to discuss potential helicopter and aircraft sales, according to Reuters.

Many human rights groups and media outlets, like the Washington Post, are urging the Obama administration not to lift restrictions on arms sales to Hanoi, citing Vietnam’s poor human rights record. Between 2012 and early 2015, the Vietnamese government’s already-bad rights record actually got worse, with Hanoi rounding up and jailing bloggers, shutting several state media outlets that published even mildly critical reporting, and passing legislation that tightened government control of social media. However, between early 2015 and today, Hanoi has loosened the reins a tiny bit, releasing several prominent writers and activists. Still, Vietnam remains one of the biggest jailers of journalists in the world, and the country is run by a one-party regime that engineered a change in leadership earlier this year in an opaque manner, with virtually no public input. When independent candidates—i.e., men and women who did not belong to the Communist Party—tried to run in elections earlier this year for the National Assembly, which is a rubber stamp legislature, the government prevented most of them from even running.

Still, as I have noted before, Vietnam’s enormous strategic importance makes it worthy of a closer defense relationship with the United States, including arms sales. Unlike neighboring states such as Thailand, Myanmar, the Philippines, or Cambodia, Vietnam has a highly professional military and is relatively stable, if authoritarian. (Thailand and the Philippines are, of course, U.S. treaty allies, but their militaries have frequently proven inept at tasks other than meddling in domestic politics.) Vietnam has a population that is strongly pro-American, and U.S. security and economic support for the regime in Hanoi does not appear to impact pro-American sentiment in the country, in the way it might in Malaysia or Thailand or Cambodia. Most important, Vietnam has immense strategic value alongside the South China Sea, and it is a critical potential counterweight to Chinese dominance of that vital waterway. Its armed forces are well-trained and its leadership is increasingly willing to abandon Hanoi’s strategy of balancing between Beijing and Washington, in favor of closer partnership with the United States. The country is a leader of the Association of Southeast Asian Nations, and one of the fastest-growing economies in the world, though it has slowed from its staggering growth rates of the early 2000s. Still, Vietnam is poised to grow by 6.3 percent in 2016 and 6.2 percent in 2017, according to estimates by the International Monetary Fund.

While ending the embargo, the U.S. government should not offer up any pretenses about Vietnam’s government. There remains, at least for now, little chance of a democratic transition in the country, and Hanoi’s substantive economic reforms have not been accompanied by meaningful progress on political freedoms. Vietnam is part of a region-wide political regression that includes increasing authoritarianism in Thailand, Malaysia and now possibly the Philippines. But Vietnam should be an exception to a policy of prioritizing democracy in Southeast Asia, although the White House can continue pushing for human rights and political freedoms in Vietnam even while ending the arms embargo. Vietnam’s importance to the United States’ security in Asia, and to the security of U.S. partners, should trump all other issues.