A World of Scotlands 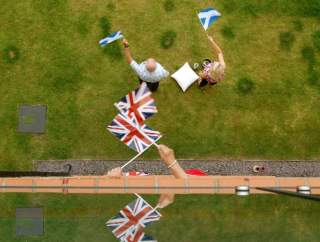 Regardless of how the Scottish referendum on independence turns out, it’s worth putting the event into context by recalling some basic facts concerning the rate of state proliferation. That’s not a topic that gets a lot of attention in news media. But how many countries do you think there are in the world today? Actually, the answer depends on how you define “countries,” but “about 195” wouldn’t be too far from the truth. Given there were 68 in 1945, the number of countries in the international community has—roughly—tripled over the past seventy years. In short, state proliferation has been a powerful force, even during those Cold War years that we like to think of now as a veritable model of strategic stasis.

Moreover, there’s no reason to think the number of countries in the world has peaked. In his work on geopolitics, Saul Cohen, for example, argues that “the creation of up to fifty additional quasi- or fully independent states over the coming decades will change the territorial outlines and functions of many major and regional powers.” Indeed, political disaggregation will likely continue despite—indeed, partly because of?—the centripetal forces of globalization, as testament to the strength of what we might call “identity politics.”

These days, there’s a popular myth that state boundaries tend to be fixed and inviolable—witness the recent outcry over the de-facto annexation of Crimea by Russia. In reality, though, state boundaries are not nearly as fixed as many might imagine. Take a look at this brief three-minute video (see above) of how borders have changed in Europe over the last thousand years. It requires no great act of imagination to believe that an independent Scotland might arise—nor that it might, at some point in the future, be reabsorbed into the United Kingdom. Over long time frames, change seems normal.

The map’s not good at depicting the global growth in the number of states over the last seventy years—not least because decolonization was a strong driver of state proliferation and most of that happened away from European shores. Nor is the map a good indicator of strategic angst. Seen at a distance—on a computer screen or from the other side of the world—state proliferation is an interesting phenomenon to watch. Seen close up, it’s highly unsettling and strategically unnerving. Consider the attempts by the Bougainville Revolutionary Army to force Bougainville’s secession from Papua New Guinea. Or remember when East Timor gained its independence from Indonesia and the effects that had on the Indonesia-Australia relationship? Similar effects, perhaps more severe, would attend any move towards independence by West Papua.

And so far we’re only talking about relatively small cases of state proliferation. While some might think the prospect a Black Swan event, a broader break-up of the Indonesian archipelago, for example, would have major geopolitical consequences—indeed, it would fundamentally reshape Australia’s strategic environment.

Whether Scotland votes for independence or not, the big message is that state proliferation remains an important driver in international politics.

Rod Lyon is a fellow at ASPI and executive editor of The Strategist where this first appeared.