Would America's Tanks Get Crushed by Russia or China in a War? 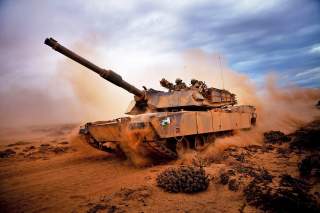