Would You Feel Safe in a 40-Year-Old Submarine? 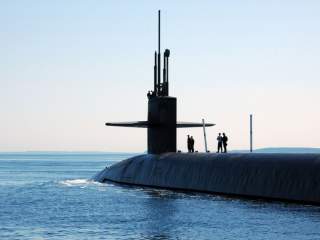 The current controversy over Australia’s Future Submarine Program, its schedule and the associated life-of-type of the current Collins class has resulted in much hyperbole as to the difficulties associated with keeping elderly boats in operation. A quick survey of the state of affairs in the major submarine operators overseas may provide some context to concerns that the Collins class will have to run for well over thirty years of service.

In the United States, four Los Angeles class nuclear powered attack submarines (SSNs) are scheduled for decommissioning in 2017 after thirty-six years’ service, while the hull life of the Ohio class nuclear powered ballistic missile submarines (SSBNs) has been extended to forty-two years. There have and will be earlier removals from service, such as a thirty-three year old Los Angeles class unit in 2015 and a thirty-one year old boat in 2016, but it’s likely that thirty-four to thirty-five years will be the average as the SSN force changes over to the new, but less numerous Virginia class. The French are in much the same position. If the Barracuda class SSN program runs on time, the first of the earlier Rubis class will be replaced in service after thirty-four years in commission. If the current fleet of SSBN is replaced on schedule, this will happen around 2035, when the first of the Le Triomphant class will be thirty-eight years old.

British figures are slightly more conservative, but it’s also true that the Royal Navy has been and remains under considerable financial pressure and has neither the funds nor the personnel to run its nuclear boats for any longer than planned. The current four operational Trafalgar class SSN are scheduled for removal from service after thirty to thirty-two years in operation as they’re replaced by the Astute class. The life of the Vanguard class SSBNs—presuming that the current ‘Successor’ program runs to schedule–will be “about thirty-five years.” It could well end up being much longer, given the potential challenges of the replacement.

The state of the Russian submarine force is a much murkier subject, but it’s clear that a large number of SSBNs and SSNs will have to run on for well over thirty-five years if force levels are to be maintained—at least seven SSN which are believed to be operational are already more than twenty-five years old, as are at least four KILO class diesel-electric patrol submarines (SSKs). At least two operational SSBN are over thirty-five years old, although they should be replaced in the next few years.

Purely conventional (that is, diesel electric propulsion) submarine operators are more difficult to assess because the operational roles and conditions vary so widely, while many navies—particularly in Western Europe—have been significantly reduced after the end of the Cold War. Nevertheless, competent operators have SSKs thirty-five or more years old (Turkey has three Type 209s of this age, Ecuador two and Peru four), while there are many other thirty year plus units running.

The reality is that the more significant element in considering the working life of a submarine must be its most recent refit rather than its original entry into service. It will be how well the remainder of the life of the Collins is managed and whether government will be willing to make the necessary financial commitment to supporting the class that will count in the end. In such circumstances, the 2026/2030 argument is basically irrelevant.

James Goldrick is a fellow of the RAN’s Sea Power Centre and an adjunct professor at UNSW Canberra, Australian Defence Force Academy. This article first appeared in the Strategist.