Xi Jinping Could End up Being 'President for Life' in China 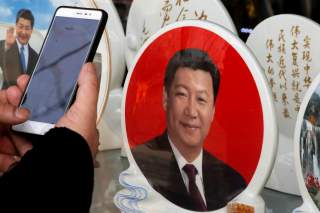 President Xi Jinping looks certain to stay on in power beyond  2023. The final roadblock to him retaining his position as the leader of the world’s second-largest economy appears to have been removed by the ruling Communist Party of China.

In a terse 35-word statement on Sunday issued by Xinhua, the mouthpiece of China’s government, the CPC, announced:

The Communist Party of China Central Committee proposed to remove the expression that the President and Vice-President of the People’s Republic of China shall serve no more than two consecutive terms from the country’s Constitution.

Further details have yet to emerge. But the decision came just 24 hours before the Party’s powerful Central Committee was due to convene in Beijing for a three-day “plenum” on Monday to approve the leadership line-up for President Xi’s second term.

The proposal is expected to go before legislators at the annual full session of the National People’s Congress, which starts on March 5.

“In theory, he could serve longer than Robert Mugabe but in reality, no one is sure exactly what will happen,” Zhang Lifan, a historian and political commentator, told Reuters in a reference to Zimbabwe’s former President, who spent four decades in office before being ousted last year.

At 64, President Xi would have been required by the country’s constitution to step down after his second term expires.

The legislation was brought in during the 1990s when “Paramount Leader” Deng Xiaoping moved to avoid a repeat of the chaos which had marked Chairman Mao Zedong’s death in 1976.

Still, there have been persistent rumors within Beijing’s inner circle that President Xi would seek to extend his position beyond the traditional two terms before Sunday’s announcement.

During the 19th National Congress of the Communist Party of China in Beijing’s Great Hall of the People last October, his ideology, or the “Xi Jinping Thought on Socialism with Chinese Characteristics for a New Era,” was at the forefront of his speech.

It is now highly likely it will be enshrined in the CPC’s constitution.

“Xi Jinping has designs on a very long tenure in office — or he is doing a good impression of someone who does,” Jude Blanchette, a China politics expert with the Conference Board in Beijing, told the Financial Times. “We’re witnessing the direct dismantling of the Deng-era project to normalize Chinese politics and to guard against the return of a Mao Zedong.”

Already President Xi holds all the levers of State as General Secretary of the CPC and Chairman of the Central Military Commission.

There is also no one waiting in the wings to take over from him after spending the past five years consolidating his power over China’s government bureaucracy and armed forces with the help of a high-profile anti-corruption campaign.

At least thousands of senior officials have been arrested or forced to retire with analysts pointing out that many were direct political adversaries.

“President Xi now controls all the economic, political and military power in China and is even more powerful than Mao,” Johnny Lau Yui-siu, a political commentator, told RTHK, the public broadcasting service of Hong Kong.

Indeed, how this will unfold in the months ahead will not only determine President Xi’s fate, but the direction China will take in the next decade.