10 Questions to Ask Before Intervening in Libya (Again) 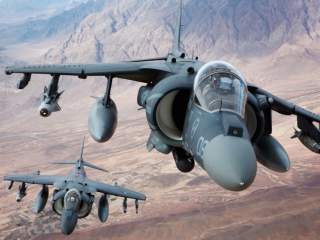 President Obama is receiving significant pressure from his military and national security advisers on the abysmal security and political situation in Libya. An oil-rich country hugging the Mediterranean, Libya has ceased to have a functioning central government ever since NATO’s military campaign ended the forty-year-plus reign of Moammar el-Qaddafi.

Today, Libya essentially resembles something of a tragic Noah’s Ark: there are two political authorities who have refused to reconcile despite a UN-facilitated national unity government; two broad-based militias that have chosen to consolidate their territory rather than demobilize; and two parliaments where hardliners have sought to stonewall or ruin the very agreement that is designed to usher in a new kind of Libyan politics.

Amid the turmoil, the Islamic State has seized the opportunity to expand its presence to a third Arab country. ISIS, unfortunately, is well on its way to accomplishing that goal; if Raqqa in Syria and Mosul in Iraq are exclusively within the Islamic State’s domain, the coastal Libyan city of Sirte is the organization’s third home.

U.S. officials have long recognized that Libya is a national security concern. The recent growth and consolidation of ISIS’s control along Libya’s oil crescent, however, has only increased the sense of danger. Defense Secretary Ashton Carter and Chairman of the Joint Chiefs Gen. Joseph Dunford are beginning to lean on the White House to make a decision on once again authorizing military force in Libya in order to defeat, or at the very least to contain, ISIS’s control over key terrain. Sen. Bob Corker, the chairman of the Foreign Relations Committee, spoke to administration officials about the issue and came away with the belief that the United States will soon be engaging in more direct action. If Corker is correct, it would not be a surprise: according to U.S. military officials, as many as 5,000 ISIS fighters are in Libya today. Director of National Intelligence James Clapper was just as grim in his annual threat assessment to Congress, writing that “[t]he permissive security environment [in Libya] has enabled ISIS to establish one of its most developed branches outside of Syria and Iraq.”

The writing is on the wall: at some point in the near future, perhaps in weeks, the United States will be authorizing some degree of military action against ISIS in Libya.

Yet before the first bombs start dropping on ISIS targets, U.S. officials—from the Pentagon and the State Department to the National Security Council—need to answer these ten critical questions.

1. Will Washington hold its trigger until Libya’s rival politicians in Tripoli and Tobruk get their act together, agree on a cabinet that every member of the Presidency Council can support, and establish their national unity government in the capital city? If Washington cannot wait and the United States feels a compelling national security need to strike, how will this impact the country’s political development?

2. Will another Western intervention, however justified, harm the formation of a national unity government at a time when the Presidency Council is trying to attain the necessary support in the parliament and establish itself in Tripoli?

3. Which militia faction on the ground can the United States rely on to seize terrain once the bombers clear ISIS from their territory in and around Sirte?

4. Can any militia group be trusted assist the United States in the counter-ISIS mission, or will fighters who have not been vetted or screened simply exploit the U.S. intervention for their own purposes?

5. Are there any militias in Libya that do not have baggage, or is Washington relegated to working with some commanders who in the past have harmed Libya’s economic potential?

6. Who in the European Union or the Middle East would support in an anti-ISIS operation?

7. Are the Italians, British, French, Saudis, Egyptians, Jordanians and Emirates prepared to step up with concrete military assistance, either through airstrikes of their own, aerial refueling capability, training of official Libyan army units, ISR, reconstruction or humanitarian relief?

8. Will the U.N. Security Council authorize a military operation, or is yet another so-called coalition-of-the-willing sufficient?

9. If European and Arab states do in fact actively participate in a Libya operation, how will that shift in resources affect the main effort in Syria and Iraq?

10. Would Riyadh agree to contribute warplanes to Libya if the Saudi military is bogged down in Yemen?

If the Obama administration cannot answer each of these questions, then they should not intervene. If the Iraq war has given us any lessons in warfare, it is this: better to be fully prepared and scrutinize all the contingencies before flying the first sortie.