America Has Too Many Military Bases 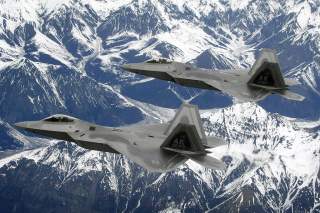 Members of Congress have a hard time agreeing on virtually anything, and they’re already butting heads with the new president. But one issue should unite them: a new initiative to shrink the Pentagon’s massive overhead.

President Trump and Secretary of Defense James Mattis have pledged to cut waste. And key leaders in Congress have renewed their calls for rationalizing the Pentagon’s base structure. Now is the time for Congress to come together, put the national interest over parochial interests and finally support a new round of base closings.

As Senate Armed Services Committee chair Sen. John McCain recently said to reporters, “Right now we do have excess properties and facilities, and I think we need to look at it.” On the House side, Rep. Adam Smith, the ranking member of the House Armed Services Committee, is pushing legislation that would initiate a new round of base closings in 2019, because, as he notes, “We should not be wasting hard-earned taxpayer money to maintain excess infrastructure that DoD has determined it does not need.”

If properly structured, any new set of base closings could result in billions in savings. This item is high on the military’s agenda. The brass have been asking Congress for permission to eliminate unneeded facilities for years, and for good reason. The last round of closures occurred eleven years ago, at a time when the military was busy fighting two wars.

The Defense Department now estimates that nearly one-quarter of its current bases serve no military need. This is true even if the Army and Marine Corps remain at their current size. The billions of dollars wasted on overhead could be put to far better use, especially at a time when the services claim that they lack the resources to pay for essential functions such as training and equipment maintenance.

So why isn’t there an overwhelming push to close unneeded bases? The resistance is grounded in pork-barrel politics, not a careful assessment of the nation’s defense needs. Too many members of Congress believe that they were elected to put the interests of their state or district over that of the country. They believe that they are doing their duty by blocking any base closures.

In fact, these representatives are actually doing harm to the nation and their constituents. Their stubborn refusal to allow the military to use its resources efficiently also prevents defense communities from taking advantage of land and property currently trapped behind chain-link fences and razor wire.

In that sense, the closure of military bases actually opens them up. Just ask the people of Philadelphia, who can now follow South Broad Street all the way to the Delaware River, through the gates of what used to be the Philadelphia Navy Yard. Austin, Texas, welcomes millions of people every year through the gleaming Austin-Bergstrom International Airport, formerly Bergstrom Air Force Base. The former naval air station in Brunswick, Maine, is now Brunswick Landing, a thriving business campus. Cal State Monterey Bay was carved out of the sprawling Army training base at Fort Ord. Thousands of acres have been set aside in the Fort Ord National Monument, which includes eighty-six miles of mountain bike and hiking trails.

A 2005 study by the Pentagon’s Office of Economic Adjustment looked at seventy-three communities impacted by a base closure, and determined that nearly all civilian defense jobs lost were replaced within fifteen years. In addition, the new jobs are in a variety of industries and fields, allowing communities to diversify their economies away from their excessive reliance on the federal government.

To be sure, base closures are initially disruptive to local economies and patterns of life, but most places do recover. In some cases, recovery has been quite rapid. The best way to ensure a successful transition is by encouraging local elected officials and civic leaders to plan for the future. Congressional leaders wishing to facilitate a new round of base closures should familiarize themselves with successful defense conversion cases, and be willing to help apply lessons learned.

Before Congress signs off on sharp increases in Pentagon spending, it should make sure the department is using its current resources as efficiently as possible. Closing unneeded bases is a good place to start.

Christopher Preble is the vice president for defense and foreign policy studies at the Cato Institute. William D. Hartung is the director of the Arms and Security Project at the Center for International Policy.