America Historically Had a Restrained Foreign Policy: Its Time to Return to It 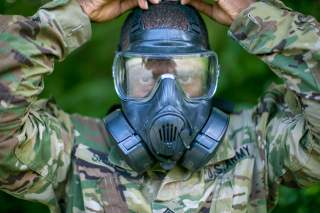 The essay below, by Enea Gjoza of the Harvard Kennedy School, was a runner-up in the contest.

Since at least the end of the Cold War, the United States has pursued a foreign policy of primacy, seeking to shape the world through frequent military intervention and by maintaining and exercising overwhelming dominance over potential competitors. This strategy has proven exceeding costly and has failed to enhance either the security or prosperity of the American public. Recalibrating to a more prudent foreign policy that features a restrained use of force, disengages from problematic alliances, and forces other states to do their part in maintaining the global system would deliver substantial economic, political and social benefits for the United States.

The pillars of primacy—massive military spending, frequent foreign interventions, extensive alliance networks and the spread of Western values by force—seem ubiquitous today. However, they represent a substantial deviation from America’s historical roots. For much of its history, the United States prospered under a much more prudent and restrained foreign policy—one that promoted “peace, commerce, and honest friendship with all nations,” eschewed “entangling alliances,” and went “not abroad in search of monsters to destroy.”

As the other great powers of the day exhausted themselves in conflict against each other throughout the nineteenth and first half of the twentieth century, the United States developed its economy and society in relative peace, intervening substantially only to tip the balance in the World Wars. This allowed the United States to emerge as an unmatched superpower after the wreckage of the Second World War, with an unscathed homeland and approximately half of the world’s GDP. Today, however, the United States is on the other end of the spectrum, taking upon itself the burden of maintaining the global order while other nations enjoy the benefits of peace and commerce.

This strategy has generated a poor return on investment, and more importantly, has actually diminished American security. Since 9/11 in particular, the nation has spent vast sums on defense, homeland security and foreign interventions ostensibly designed to curb the threat of global terrorism. While the Pentagon’s budget regularly exceeds $500 billion, the true annual cost of national security is closer to $1 trillion when accounting for security-related spending bundled into other agencies, including the State, Energy, Veterans’ Affairs and Homeland Security departments. Furthermore, the wars in Iraq and Afghanistan have proven phenomenally costly, with the total price tag running between $4 to $6 trillion.

The opportunity cost of these ventures should also be considered. A dollar of military spending is less productive than a dollar of spending directed toward health care, education or infrastructure. According to a study by Brown University, the United States has lost the potential to create between one and three million jobs over the past sixteen years “by spending money on war rather than in these other areas of the domestic economy.”

At the current price tag, you would expect a significant improvement in the security situation of the United States since 9/11. Instead, our leaders often argue that the reverse has happened. In 2012, General Martin Dempsey, the Chairman of the Joint Chiefs of Staff, claimed that “we are living in the most dangerous time in my lifetime.” This statement was echoed by Senator Dianne Feinstein and Congressman Mike Rogers, the respective chairs of the Senate and House Intelligence Committees, who in 2013 argued that “terror is up worldwide . . . The fatalities are way up . . . There are more groups than ever.” This pessimistic outlook is shared by much of the American public, with 42 percent of Americans indicating they felt the United States was less safe than before 9/11 in a 2016 poll. Clearly, if primacy was designed to enhance American security, it has not done a very good job.

In contrast, a strategy of restraint would deliver substantial security benefits. First, it would minimize the risk of great power conflict by ending problematic alliance commitments. At present, the United States has some sort of security commitment to over sixty countries, which together account for a quarter of the world’s population. The danger in these commitments often only becomes obvious when crises arise. In 2015, Turkey, a U.S. treaty ally, shot down a Russian jet that allegedly entered its airspace from Syria, sparking a diplomatic crisis with Russia. Had the incident escalated to a shooting war, the United States would have been legally obligated to enter a major conflict on behalf of an ally that had behaved recklessly, over an issue which did not in any way affect its own security.

The most common security threat facing the United States today, that of nonstate actors and terrorism, could also be mitigated by minimizing our military footprint in foreign countries. Domestic terrorists, including the Boston bombers, the Fort Hood shooter and the attempted New York City subway bomber frequently cite U.S. military involvement in Muslim countries as the motivation for their attacks. Osama bin Laden himself cited the U.S. military presence in Saudi Arabia, operations in Somalia and sanctions on Iraq as important factors motivating 9/11.

The civilian casualties arising from counterterrorist operations also often generate more enemies than they eliminate. Nabeel Khoury, the former Deputy Chief of Mission at the U.S. Embassy in Yemen, noted that “the U.S. generates roughly forty to sixty new enemies for every AQAP operative killed by drones.” Indeed, the countries that have witnessed the most substantial U.S. intervention—Libya, Iraq, Afghanistan, Yemen, Somalia and Syria—have also seen a substantial growth in terrorism, as local Islamists and foreign fighters capitalize on the chaos to set up shop. Scaling back our foreign involvement would thus reduce both the ability of terrorist groups to recruit and message, as well as their motivation for striking American targets.

There would be substantial economic benefits to a more restrained foreign policy as well. As Barry Posen of MIT argued in his book Restraint: A New Foundation for U.S. Grand Strategy, a more prudent foreign policy that still fully secured American interests could be implemented for no more than 2.5 percent of GDP. Over the past decade, the United States has averaged over 4 percent of GDP in military spending. When combined with the costs of care for returning veterans, which often peak three to four decades after a conflict, and the interest on the debt used to finance our wars (estimated to grow to about $8 trillion by 2053), the price discrepancy between these two approaches is truly staggering. The enormous savings generated by changing our foreign policy could be reinvested in desperately needed domestic priorities, or returned to the taxpayer.

Finally, civil society would perform far better under restraint. Individual freedom and democracy flourish in a state of peace, and as Alexis de Tocqueville noted, “No protracted war can fail to endanger the freedom of a democratic country.” Primacy has placed the United States on a permanent war footing—in fact, President Barack Obama had the unfortunate distinction of becoming the first U.S. leader to be at war every day of his presidency. This has had damaging effects for American society, including undermining civil liberties, fostering the rise of a massive surveillance state and consolidating power in the executive. A foreign policy that commits more to peace at home than conflict abroad would permit a domestic resurgence of the same values we are trying to export to others by force.

Foreign policy imposes a substantial, though often hidden, footprint on the life of every American. Everything from how safe Americans are abroad and at home to the fiscal health of our government to even the interest rates on our mortgages are impacted by decisions made in the foreign policy arena. Despite the tremendous path dependency in our institutions for continuing to pursue primacy, there is compelling evidence that a strategy of restraint would yield far better outcomes for the nation. The United States enjoyed substantial peace and prosperity when it pursued such an approach in the past, and our current preeminent great power rival, China, has been extraordinarily successful in pursuing a similar strategy of “peaceful rise.” Perhaps it is time to return to our roots, and reconsider restraint as an option.