American Power in an Age of Disorder 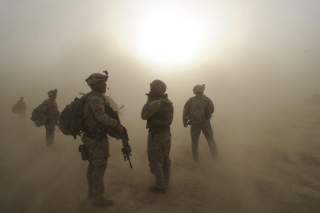 Henry Kissinger’s most recent book was called, very simply, World Order. The title may be taken as ironic, for at present, Kissinger said, there is no such thing. “Our age is insistently, at times almost desperately, in pursuit of a concept of world order,” and unless the major powers, the United States and China in particular, but not them alone, manage to reach a new kind of accommodation about their roles on the global stage, “chaos threatens.” The outlines of that accommodation are not yet clear, and will require all the ingenuity and imagination of which statesmen are capable. But of one thing Kissinger was quite certain: “No single country, neither China nor the United States, is in a position to fill by itself the world leadership role of the sort that the United States occupied in the immediate post–Cold War period.”

Millions of Americans and, it would seem, the majority of our politicians have not yet gotten the message, perhaps with reason. There is an understandable nostalgia for the postwar period of American supremacy—military, economic, political, cultural—and it is easy to overlook the artificiality of that supremacy, based, as it was, on the fact that the rest of the world lay in ruins. Complacency was possible at the time because American values seemed to be striking roots worldwide. Liberal economics, democratic politics, human rights and respect for the individual undergirded the system. The United States had achieved an extraordinary congruence: its national interests and values aligned perfectly with the movement of history. Everyone was becoming American. The British may have done more to elaborate that indisputably indigenous American art form, rock and roll, but it didn’t matter because rock and roll was here to stay.

The Golden Age, or what the French called “les trentes glorieuses,” was never as golden, nor as glorieuse, as it appears today—golden ages never are. In 1962, the two superpowers came within a hair’s breadth of blowing the world up. Anticommunism was always the flipside of the American credo, the team’s defense, inextricably entwined with its liberal offense. But it contained gnawing contradictions. The “free world” included states like Saudi Arabia, Pakistan and Iran, even though there was nothing free or liberal about them; Turkey, forever teetering between military dictatorship and enfeebled democracy, was a member in good standing of NATO. There were usually sound strategic reasons for these marriages of convenience, but they could never escape the whiff of hypocrisy, and from the perspective of America’s liberal world order, they were intellectually untenable. Rationalizations were necessary, usually featuring the argument that with enlightened American encouragement the anticommunist dictatorships were “evolving” in the direction of the West. After all, having rejected the lure of Marxism, they had nowhere else to go.

The collapse of the Soviet Union, and the crises that have ensued, have made it clear that in fact there were many other places to go. When empires fall and political legitimacy is called into question, the results are often bloody. Millions died as the British, French, Ottoman and Austro-Hungarian regimes yielded their authority for the sake of freedom and self-determination—the freedom to kill one’s neighbors, the self-determination to promote one’s own group or nationality over that of others. Almost miraculously, the Soviet Union imploded with a minimum of mayhem. The Czechs and the Slovaks went their own ways with little fuss, although the breakup of Yugoslavia, a consequence of the Soviet breakup, brought familiar scenes of ethnic cleansing and tribal massacre; the Chechens have not gone quietly into the night; and the world holds its breath over the outcome of the Ukrainian crisis. Devolution is rarely pretty.

As for the dominance of the United States, it has always been a mistake to speak of “American imperialism” in the same way that one speaks of Russian or British imperialism. And yet the end of anticommunism as a meaningful force in international affairs has diminished Washington’s global influence, with consequences much like those that followed the collapse of the more traditional empires. The liberal ethos that has been the foundation of American primacy is proving to be a weak barricade against national, ethnic or religious identity, even deep within the Western alliance. Democracy provides no answer when tribal animosities take hold and groups are pitted against groups. The horrors of Africa and the Middle East are one result of the force of devolution, but so too is the more benign Brexit vote. Belgium may split in two, Scotland may gain independence and so may Catalonia—or God knows what other neglected pockets of European discontent. In regions where political institutions are less stable, Syria may not be the future, but it could be a future.

All of which is to say that American primacy, as we know it, is dead. Those who seek its restoration by doubling down in their support of “democrats” in trouble spots around the world are chasing a mirage, as are those who promise to make America great again by . . . whatever. America was great. It remains great. But it will never have the authority or power that it enjoyed following the Second World War, and Washington would be wise to husband the power it does have. To borrow a formula from Hans Morgenthau, America’s policymakers must learn to distinguish, first, between what is essential in foreign affairs and what is desirable, and, second, between what is desirable and what is possible. What is essential is for the United States to find ways to coexist with other great powers—Russia and China at the present time; possibly India, Indonesia, Japan and Brazil in the future—and that means understanding that those countries have national interests of their own that one ignores at one’s peril, even when they clash with American values. To view compromise and accommodation as diminutions of power while invoking images of Munich is a dangerous exercise.

To try to slow the tide of devolution, meanwhile, may be desirable—it is surely not in the national interest to sit passively by as the European Union disintegrates—but it may not be possible, since it is not clear what can be done to oppose demands for self-determination. In some cases, devolution might not make much difference: Is anyone in Washington losing sleep over the possibility of Scottish independence? In other cases, defining the desirable is not easy: Are American interests best served by supporting the creation of a Kurdish state, opposing it or promoting a solution somewhere in between?

From a longer perspective, however, the growing demand for self-determination and independence can be viewed only with suspicion and anxiety. The more states, statelets and autonomous regions there are in the world, the greater the prospects for instability and conflict. Israel offers a valuable lesson here. Surrounded by hostile and irredentist neighbors, it has taken whatever steps it thinks necessary to insure its security, and its existential ace in the hole is its nuclear deterrent. Other newly created states will find themselves in similar situations, and we should make no mistake: self-determination is a recipe for nuclear proliferation. It is probably only a lack of technological knowhow that prevents South Sudan or Eritrea from building nuclear weapons—and that will change. As a general policy, therefore, it is desirable to discourage devolution, and it may even be essential at times. The problem is that it doesn’t seem to be possible.

This is the fifth in a series of essays on the future of American primacy. You can read the previous essay, “The High Costs and Limited Benefits of America’s Alliances” by Barry R. Posen, here.