Is America's Alliance with Turkey Worth It? 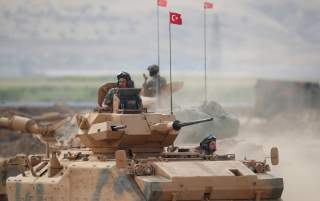 The most basic feature that the United States should expect from an ally is consistent, reliable behavior that benefits U.S. policy objectives. Ideally, since America regards itself as a champion of democracy and freedom, an ally should embody those values as well, but Washington has never been a stickler for that standard. Indeed, the United States has a sordid history of collaboration with undemocratic, even odious, regimes when U.S. leaders believed that the relationship was important to America’s security or economic interests. President Donald Trump’s fawning over Saudi Arabia is clear evidence that such a cynical attitude remains intact.

Given Washington’s record, it is not especially surprising that both the Obama and Trump administrations have maintained close ties with Turkey, even as President Recep Tayyip Erdogan has systematically dismantled his country’s secular, democratic institutions. It might be embarrassing for American officials to accept that a fellow member of NATO, an alliance of professed democratic nations, now is a de facto dictatorship that routinely imprisons political opponents and independent journalists. Erdogan’s domestic outrages, however, do not seem sufficient to alienate American policymakers. As long as Turkey’s foreign policy did not undermine Washington’s goals, U.S. leaders were content to look the other way about such misdeeds. But Ankara’s international conduct now threatens to eliminate the most fundamental basis for considering Turkey a U.S. ally.

One prominent area in which American and Turkish objectives clash sharply is policy toward Kurdish fighters in Syria. Differences between Washington and Ankara already have produced unpleasant complications. U.S. leaders regard the Kurds as useful allies in the fight against ISIS and other Islamic extremists. Even though ISIS has suffered massive setbacks in Syria over the past year, Washington still believes that the group poses a major problem in that country and throughout the Middle East—so much so that Secretary of Defense James Mattis insists that U.S. forces will remain in Syria and Iraq regardless of the wishes of either government. Allowing Turkey to undermine the Kurds could cause the Islamist threat to rebound.

Ankara, however, considers thinly disguised Kurdish ambitions for an independent state in those countries a mortal threat to Turkey’s own territorial integrity. Turkish forces already have conducted repeated attacks against Kurdish-held areas in both Iraq and Syria for several years. More recently, Ankara also intensified its pressure on Washington to stop arming the Syrian Kurds. With some reluctance, the Trump administration announced its compliance with that request/demand.

Washington’s concession apparently was not enough to satisfy Erdogan, however. In mid-January 2018, he announced his intention to launch a full-scale offensive into Kurdish regions of Syria within a week or so. He stated bluntly that Turkey could no longer go along with U.S. policy. Erdogan and his associates seem far more interested in waging war on the Kurds than on Islamic extremists.

Differences regarding Syria policy are not the only signs of estrangement between the two NATO allies. Erdogan has pursued a concerted effort for more than a year to achieve a rapprochement with Russia. That reconciliation already has produced a $2.5 billion deal to purchase Russia’s S-400 air defense missiles. The United States and other NATO members are decidedly unhappy with that development, not only because those weapons cannot be integrated into NATO’s overall air defenses, but because the agreement symbolizes the extent of growing Turkish-Russian military cooperation.

There also is evidence of greater bilateral cooperation on other issues. The two governments (along with U.S. arch-adversary Iran) signed an oil and gas drilling agreement in August 2017. The measure followed a 2016 deal to build a Black Sea gas pipeline that bypassed Ukraine. Such steps are hardly consistent with Washington’s strategy of imposing unilateral and multilateral sanctions on Russia for the Kremlin’s annexation of Crimea and support for separatist forces in eastern Ukraine. Indeed, Ankara increasingly opposes the entire U.S.-EU sanctions strategy against Moscow.

It is not that Turkey is necessarily wrong on these issues. In particular, a strong case can be made that Western policy toward Russia is both ineffectual and provocative, and that Ankara’s more conciliatory approach is far better. Whatever the substantive merits of Turkey’s policy, though, it clearly is not what the United States expects from a loyal ally. That country is now behaving as a highly independent power, if not an outright adversary. It requires an extraordinary act of tolerance—or self-delusion—to ignore the unpleasant implications.

Rogue external conduct, combined with the Erdogan regime’s mounting domestic repression, makes it nearly impossible to justify maintaining the U.S. security relationship with Ankara, either bilaterally or within NATO. As a first step toward adopting a new, more realistic stance, Washington should insist that NATO at least suspend, if not expel, Turkey. Under Erdogan, that country cannot be regarded any longer as either a legitimate member of a democratic alliance or as a reliable security partner.

Image: A Turkish tank maneuvers during a military exercise near the Turkish-Iraqi border in Silopi, Turkey September 26, 2017. REUTERS/Umit Bektas​