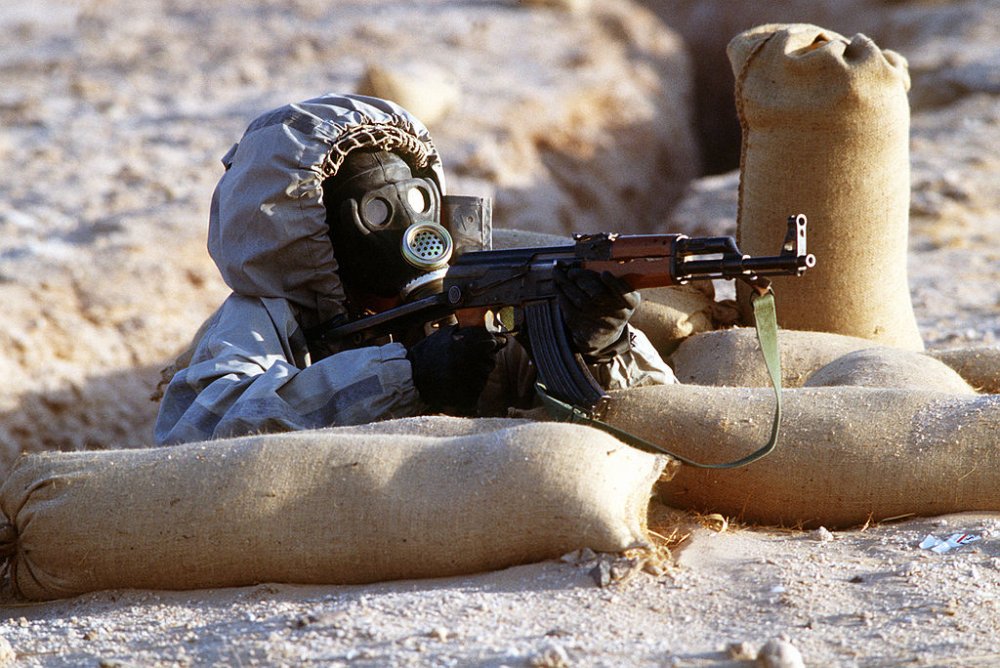 Last month, standing next to Israeli defense minister Avigdor Lieberman, Defense Secretary Jim Mattis said something that should have been abundantly obvious from the very beginning: the Assad regime has been less than truthful about his chemical weapons stockpile.

“There can be no doubt in the international community’s mind that Syria has retained chemical weapons in violation of its agreement, and it’s statement that it had removed them all,” Mattis told the press. “There’s no longer any doubt.” Mattis’s State Department colleagues aren’t arguing the point, writing in a recent report that the United States had assessed that Syria did not declare all the elements of its chemical-weapons program required by Article III of the Chemical Weapons Convention.

In layman’s terms, Bashar al-Assad has been an obstructer. He’s hampered the work of the Organization for the Prohibition of Chemical Weapons (OPCW), broken the letter and spirit of the Chemical Weapons Convention that he signed, and has hidden some chemical stockpiles by not disclosing the full scope of the program.

If you aren’t shocked about this assessment, you wouldn’t be the only one. Expecting Bashar al-Assad to hand over all of his chemical munitions to the OPCW is like expecting Vladimir Putin to admit that Russian pilots are deliberately bombing hospitals and health clinics. It’s not going to happen.

The sarin gas attack perpetrated by the Syrian government earlier this month only confirmed to U.S. intelligence officials what they probably suspected all along—that the 2013 agreement between the Assad regime, the United States and Russia to destroy Syria’s declared chemical-weapons capability hasn’t been fully implemented. The OPCW, however, did the best it could do with the information that the Assad regime provided at the time. Removing 1,300 tons of chemical material from a war zone and onto a ship in the Mediterranean, and supervising Syria’s dismantlement of a dozen or so chemical weapons production and storage facilities was no simple task. Indeed, the organization received the Nobel Peace Prize for their contribution to international security, an award that was well deserved. Whether one supported President Obama’s decision to call off the strikes in 2013 and opt for a diplomatic solution, you still have to give props to the OPCW, which worked in very treacherous and dangerous conditions to complete the task that was before them.

The destruction of Syria’s declared chemical-weapons stockpile, however, was only part of the story. The key word here is “declared;” there was always a high likelihood that Assad would keep a small inventory away from the OPCW, tucked away in some military base where the international community couldn’t get to it. Speaking to the Telegraph, Brig. Gen. Zaher al-Sakat, the man who used to run the regime’s chemical-warfare program, assessed that the rest of the chemical-weapons stockpile was transported to two bases in government-controlled territory. The OPCW wouldn't be able to reach these facilities unless Damascus escorted the inspectors to the area. And there was no incentive whatsoever for Assad to authorize that kind of escort, particularly once the threat of U.S. military action subsided and the international community generally lost interest and moved on to other things.

The chemical attack in Khan Sheikhoun was horrible, no doubt. But it was also the result of the Assad regime deceiving the UN Security Council, its Russian sponsors, and the OPCW by not telling the full, complete and honest truth about how much chemical weapons they possessed. Why any of us would expect anything different is incomprehensible.

We don’t know how much chemical material the Assad regime has in its inventory. The Israelis estimate it possesses a range of one to three tons of chemical weapons. General Sakat predicts that hundreds of tons are still outstanding. But what is just as puzzling is why any of us would believe that a man like Bashar al-Assad—someone who has deployed chemical weapons on countless occasions, has leveled entire cities, displaced half of his country’s population, and committed so many unspeakable atrocities that the world has almost gotten used to it—would be anything but deceptive with the international community.