Can Qatar Negotiate a Diplomatic Resolution with Its Neighbors? 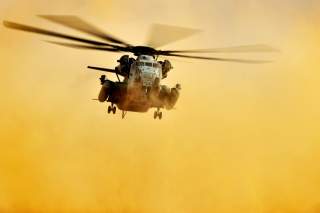 Typically, when we speak about a national security or diplomatic crisis in the Middle East, the countries under the microscope are Iraq, Syria and Yemen—three nations whose economies are struggling, where war has created an extreme humanitarian crisis for its residents, whose citizenry are so divided that it’s difficult to call any of them nations.

This time, however, the national-security crisis concerns the Arab monarchies straddling the Persian Gulf, which is perhaps the only area of stability in a region that is anything but stable.

This past Sunday, Saudi Arabia, the United Arab Emirates, Bahrain and Egypt cut diplomatic relations with the tiny, wealthy, gas-rich state of Qatar in order to punish Doha for what each nation believes is long-standing, active and systematic financial support for terrorist groups in the region. Bahrain, the smaller island nation to the south, condemned Qatar’s support for Bahraini-opposition elements seeking to grab power from the Al Khalifa family. Saudi Arabia, the country that generally calls the shots in the Gulf Cooperation Council, cited a long list of allegations against their Qatari neighbors—so long, in fact, that you would wonder if Riyadh would blame Doha for bad weather. “The Kingdom of Saudi Arabia has taken this decisive decision as a result of grave violations being committed by the authorities in Doha over the past years in secret and public aiming at dividing internal Saudi ranks,” a statement from the Saudi Press Agency said. Qatar, the statement continued, is “adopting various terrorist and sectarian groups aimed at destabilizing the region including the Muslim Brotherhood Group, Daesh (ISIS) and Al-Qaeda.”

As one would expect, the Qataris are denying everything that the Saudis are alleging. Qatari foreign minister Sheikh Mohammed bin Abdulrahman Al Thani called Riyadh’s statement “full of contradictions.”

The latest spat between Qatar and its GCC neighbors (Oman and Kuwait excluded) is far more serious than a diplomatic kerfuffle that occurred in the Arab Gulf in 2014, when a relatively minor dispute over Doha’s sheltering of Muslim Brotherhood figures produced an eight-month suspension of diplomatic relations. That conflict was resolved through mediation after Qatar expelled some of those Muslim Brotherhood figures from the country—no harm no foul.

The measures that the Saudis and company are taking today are much more significant. In addition to calling their diplomats home, the anti-Qatar reprisals include an order for Saudis, Bahraini and Emirati citizens to leave Qatar in fourteen days, and for Qatari citizens to go back to their own country over the same time period. Air, sea and land routes into the Qatari peninsula are blocked, which means that the food imports that Doha relies on to feed its population will need to rely on other seaports to unload their product. Qatar Airways, one of the region’s major carriers, is banned from using Gulf Arab airspace, causing multiple delays and forcing the airline to fly more circuitous paths.

This would have been a perfect opportunity for the United States to step into the breach and offer a helping hand towards conflict resolution, which is exactly what Secretary of State Rex Tillerson offered on Monday during a press conference. Regrettably, President Donald Trump's tweets congratulating the Gulf Arabs for isolating their Qatari neighbor—while taking credit for it—has likely closed the door on any leading mediation role for Washington. It’s tough to act as a mediating party between two sides when the mediator is seen as taking sides. With a single tweet, Trump managed to yet again undercut his own Secretary of State.

We could do the easy thing and bash Trump incessantly over yet one more unwise Twitter outburst. And it would be justified: Trump failed to recognize that Washington had an opening to show its Arab partners that the United States—under a Trump administration—values diplomacy just as much military force. It would also reassure European governments that have been skittish over the last four months.

Alas, that’s not likely to happen anymore. But perhaps we should take a glass half-full view of this situation. If the United States isn’t going to act as the principle mediator, somebody should. Who better than a member of the region?

Kuwait, which has promoted intra-Gulf dialogue during past intra-Arab differences, has already offered up its services. The Kuwaiti emir called up his Qatari counterpart and asked him to hold off on talking about the problems in public so that some dialogue platform can be set up. The Qatari ruler agreed to the request, knowing full well that his country’s food stocks and banking will decrease for as long as the de-facto Gulf Arab embargo is in effect. Doha really doesn’t have much choice in the matter; it’s geographic position in the middle of the Gulf, and its only land border with Saudi Arabia, makes the small nation highly vulnerable to border restrictions.

Is there a diplomatic resolution on the horizon? Qatar will likely have to deport more Muslim Brotherhood or Hamas politicians who have made Doha their home. Al Jazeera’s content might have to be reigned in, meaning that anti-Saudi and pro-Islamist viewpoints on the airwaves won’t be broadcasted. Qatar will also look for a commitment from Saudi Arabia, the UAE, Bahrain, Egypt and every other nation that they won’t interfere with Doha’s independent foreign policy. The Saudis are used to having their own way, so Riyadh won’t be particularly thrilled with this negotiating point.

However, although it is important what the diplomatic product looks like, it is also important that a regional state is taking the initiative and exhibiting leadership that the United States would normally be asked to fill. As long as that arrangement doesn’t impact U.S. military activity in the Middle East, there is nothing wrong with regional solutions to regional problems. In fact, the Trump administration should welcome it.