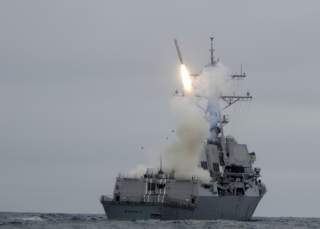 A draft memo recently signed by dozens of members of the State Department argues that the United States should be opting for “a more militarily assertive U.S. role in Syria, based on the judicious use of stand-off and air weapons” to give weight to the diplomatic efforts to carve out a peace agreement for Syria. The use of limited coercive instruments like air strikes and other “stand-off” weapons will not work to stem the tide of violence in Syria. It is precisely because such instruments are relatively cheap and easy for the United States to employ that they will fail to convince the Syrian regime and other actors to come to the table, because they signal to the parties on the ground that the United States is not highly motivated to change the targets’ behavior. If it were, the United States would be willing to opt for a much more costly and risky instrument—such as the deployment of a large contingent of ground troops—to try to compel compliance from the parties on the ground.

I have studied all international crises the United States has been involved in from 1945 to 2007, and I found that the use of cheap instruments like air power, military contractors and drones is associated with the failure of efforts to coerce weak states. These instruments might seem expensive in dollar terms, but they are extremely cheap in the context of the U.S. defense budget, and their use minimizes or eliminates risk to American service members, which minimizes the political costs of employing force. A drone, for example, can bomb targets very precisely while the operator sits in front of a computer screen thousands of miles away. Just as the willingness to go “all in” signals a high level of motivation to prevail in a hand of poker, so too does the use of expensive military instruments signal that the United States is highly motivated to prevail over a state it threatens with the use of force. Conversely, threatening and implementing strikes with relatively cheap and low-cost instruments do not signal that the United States is willing to go “all in.”  When the United States uses force in a way that minimizes its own risks and costs for doing so, its target takes notice and concludes that the United States will give up without forcing the target to change its behavior.

For example, my research indicates that this is part of what happened when the United States attempted to coerce Saddam Hussein in the run-up to the 2003 invasion. From materials collected after the invasion and interviews with Saddam after his capture, we know that Saddam did not doubt that the United States would use force against him in 2003. Instead, he seemed to believe that the use of force would not extend beyond air strikes (a tool to which the United States had frequently turned during the 1990s in its efforts to coerce Saddam) and that this heavy reliance on air strikes indicated that America would not have the will to go all the way to Baghdad. Similarly, efforts to threaten the late Libyan leader Muammar Qaddafi with a no-fly zone, and even the subsequent implementation of said no-fly zone, failed to convince him to back down. Qaddafi was hunted down and captured by forces on the ground aided by American and French airpower—he was not brought down by stand-off strike instruments alone. There is no comparable force in Syria to which the United States could lend its support, and the continuing unrest in Libya should disabuse us of the illusion that raining down a relatively small amount of violence from the sky will translate into a stable peace in Syria.

The United States lacks the will to initiate a costly and risky ground invasion and occupation of Syria, and nor could we be certain that we have sufficient military personnel available to overwhelm the belligerents and provide indefinite enforcement of a peace agreement. The use of such massive instruments would be inappropriate given this reluctance. As tragic as the conflict in Syria may be, its continuation does not pose a direct threat to the United States’ security. In the face of these limitations, the Obama administration should ignore this call to escalate the use of military force in Syria and accept that there are limits to the United States’ ability to compel other actors to do what it wants. Opting for cheap instruments like air power or other types of stand-off strikes would at best have no impact on the situation on the ground in Syria and at worst drag the United States into another quagmire without having any impact on the motivation of the fighters to come to the table.