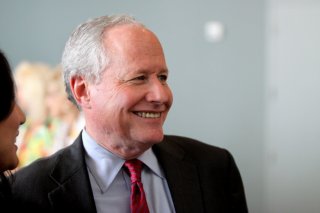 Ever since the fight between President Gerald Ford and California Gov. Ronald Reagan in 1976, the GOP convention that occurs every four years has largely turned into a snoozefest. Rather than the floor fights and fisticuffs of the days of yore that are popularized in American political literature, the conventions in contemporary American political history are basically coronations for the nominee. This week’s festivities in Cleveland will be a sleeper in terms of which Republican candidate will be offered the presidential nomination, but the anger within some segments of the Republican Party remains bottled up among a small minority of delegates and establishment types who simply cannot stomach Trump as their nominee.

Conservative writers like David French and Dan McLaughlin of the National Review and Jay Cost of the Weekly Standard continue to write stories powered by their anti-Trump convictions and their complete disdain for the fact that not one of the sixteen Republican presidential candidates running in this election cycle were able to conjure up the ability to defeat a political novice with barely any campaign infrastructure and a penchant for saying outrageous things on national media. Cost, a senior writer for the Weekly Standard and one of the biggest #NeverTrump stalwarts you will find, blames the Republican Party brass for being inept and incompetent, so much so that he advocates that committed conservatives like himself bolt from the GOP. “Its leaders,” Cost writes, “are far too ignorant, cowardly, indolent and self-interested.”

McLaughlin of the National Review is thinking about the 2020 race on the assumption that Trump will lose badly in November and likely take Senate Republicans with him. He wants rules changes in the Republican primary that will prevent “hostile outsiders from using a minority of the vote to cram down a nominee unacceptable to the majority.” The only way to do this, he argues, is to whittle down the field of challengers and stop another John Kasich from syphoning off votes despite losing nearly every single state primary and caucus.

And what to say about Bill Kristol, the editor of the Weekly Standard who continues to claim that a candidacy for Mitt Romney is “doable”? Please. This neocon cannot con anyone with the fiction that Romney is a plausible candidate. The reality is that for Kristol finding a real opponent to Trump among the Republican ranks has turned out to be as elusive as discovering WMD in Iraq.

The truth is that almost nothing could have been done to stop the Trump wave from overturning the establishment GOP boat. All of Kristol’s attempts at derailing Trump’s nomination, from searching for an independent, conservative candidate to hoping that his anti-Trump columns would catch fire within conservative circles, failed abysmally. When Kristol couldn’t find anyone of high stature to take on Donald Trump as an independent and had to settle for an obscure conservative writer named David French, his efforts turned into a laughingstock for the entire country to see.

Whether or not Trump and his team will be able to finally unify the Republican Party during and after the GOP convention this week may not be the right question to ask. There will always be a small segment of the party who will never accept Trump as their standard-bearer; this will inevitably happen when a political party attempts to cast a wide net and is composed of multiple factions and interest groups. The events in Cleveland this week will demonstrate whether or not Trump can cement his hold on the party elites as well as the base.