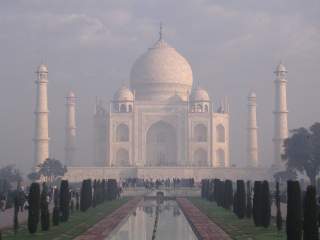 One of India’s most promising economic features is its large working-age population. Yet if India doesn’t find jobs for its young people, this boon will quickly turn into a powder-keg, as evinced by the recent agitations of unemployed Jats in Haryana. The most important impediment to job growth in India is the country’s outmoded labor regulations. These have been on the agenda since at least the mid-1990s, yet perpetually excused from reform. The arguments in favor of change bear repeating, lest India fails to grab a once-in-a-lifetime chance to capture its demographic dividend.

India may well fail to capitalize on this favorable demography, given its current pace of job creation. While the economy is growing rapidly, growth is thanks largely to the high-end services sector, which receives the lion’s share of India’s foreign direct investment (FDI). Manufacturing and agriculture are sluggish. According to the Index of Industrial Production, manufacturing growth for 2014–15 was only 2.3 per cent, and on average manufacturing companies registered declines in sales and net profits before interest, depreciation and taxes. Agriculture grew by only 1.1 per cent in 2014–15, according to the Indian Economic Survey.

Yet India cannot rely on the services sector for job growth. Employment in this sector either requires a degree of education that the vast majority of Indians does not have and cannot be provided, or involves a low-quality retailing job, typically as a street vendor. The good service-sector jobs are capital intensive, a prohibitively expensive way to create jobs for a lower middle-income country like India. Only low- and mid-level manufacturing can provide the million jobs a month that India needs to absorb its growing, low-skilled workforce.

Why is manufacturing growth so woeful? Many analysts cite the regulatory environment as a powerful drag on the manufacturing sector. Among the issues in this area, India has more than 40 pieces of legislation governing labor at the federal level, and typically another 40 or so at the level of each state. These laws and regulations contain inconsistent definitions of basic items like ‘wage’, ‘factory’ and ‘week’.

Indian labor regulation is a nightmare to negotiate and leaves businesses open to exploitation by corrupt officials through the so-called inspector-raj. These pieces of legislation could easily be amalgamated into around five bills with consistent definitions, reducing the incidental costs of hiring labor, as has been argued in detail since at least the early 2000s.

Other areas that need reform include mandatory labor contract clauses that decouple wages from productivity, such as compulsory bonus payments, excessively detailed clauses relating to the organization and processes of firms that cannot change with technology and best practice, and the Industrial Disputes Act (IDA), requires firms with more than 100 employees to request government permission to fire even a single employee, inevitably discouraging them from hiring workers in the first place.

One view suggests that these laws are not responsible for sluggish manufacturing growth because industrialists can get around them. State courts and governments are increasingly turning a blind eye to the employment of contract labor in non-contract jobs.

But this view is clearly refuted by the data. There is extensive clustering of firms by employment at a scale where the numbers of employees are affected by legislative kick-in, suggesting that legislation has a real disincentive effect. Empirical studies also find greater manufacturing growth in states with more liberal labor laws.

If firms are content to employ contract labor but only contract labor then legislated wages and conditions for regular workers must exceed market clearing levels and create unemployment. Privileged jobs for the mere 20 per cent of the Indian workforce who are employed in the formal sector should not come at the expense of joblessness or insecure work for the majority of laborers.

More importantly, while domestic firms might have the connections necessary to work-around labor regulations, foreign firms do not. Yet India is in dire need of foreign capital to provide the competitive manufacturing growth it now needs. This investment will not happen until regulations are improved because offshoring foreign firms, which employ many thousands of workers, not a mere 100, won’t bear the costs of negotiating India’s tricky regulatory environment when there are other options out there like Bangladesh or Vietnam.

The lack of manufacturing growth is also said to be simply a function of depressed global demand. Yet Bangladesh, in textiles, and Vietnam, in footwear and electronics, have both enjoyed solid export growth in the period since the global financial crisis slowed world trade growth. India is wage and skills competitive with these countries but does not provide as welcoming a business environment, so firms leaving China as its wages rise pass India by.

The central government can do little in the short term to amend labour regulations because the Congress Party blocks it in the upper house. In the meantime, the government has shown a willingness to allow states, as in Rajasthan, to proceed with changes and has committed to developing infrastructure so that when changes do come, labour regulation reform is effective. It has also made some small progress on ameliorating factors that affect the ease of doing business, and introduced an important new bankruptcy law.

But it must also start preparing the electorate to be responsive to legislative reforms of labor regulations down the road. The government’s failure on land acquisition reform shows the pitfalls of not building momentum for change, even when there is longstanding agreement that reform is desirable. That will require government effort to build a coalition in parliament for these changes, rather than contenting itself with teasing opposition leader Rahul Gandhi.

Mark Fabian is a doctoral candidate in economics at the Crawford School for Public Policy, The Australian National University.