Exclusive: The Coming Battle for Mosul Will Be Tougher Than You Think 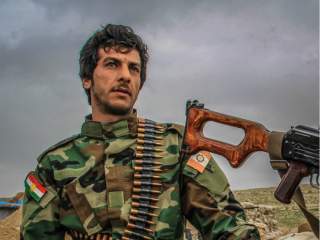 On April 17, U.S. secretary of defense Ash Carter visited Baghdad to confer with Iraqi leaders to discuss ways the United States might aid in the fight against the Islamic State (ISIS). According to an unnamed senior defense official traveling with reporters on the Secretary’s visit, “everyone knows the fight of Iraq is the fight for Mosul,” he said, and that victory there will result in “the end game in Iraq.” Despite this nameless official’s assurances, however, tactical victory in Mosul is far from certain. More importantly, even if the city is eventually won, it will almost certainly not be the “end game” but merely slog into the next nasty phase.

In this classically irregular conflict, the Pentagon’s thinking is inexplicably linear and simplistic: take the enemy’s capital and game over. That may have been the case in World War II when Berlin was taken, but rarely does the loss of a single city – even one with significant symbolic value – result in the defeat of a country or movement (think of Napoleon’s successful capture of Moscow in 1812 but eventual loss in the war).

While the Islamic State ultimately seeks a caliphate in the Middle East, its path there is not predicated on owning particular plots of land at a given time, but on spreading an ideology. Taking Mosul from them would definitely represent a major tactical loss, but ISIS’ fight will continue even if they are driven out.

Consider that this fight started as a Sunni insurgency against U.S. occupation in late 2003, transitioned into Al Qaeda in Iraq, and then into the Islamic State. Many in the United States crow routinely about having “defeated” the insurgency in the Surge, but all it succeeded in doing – at great blood and treasure cost to America – was change the name of the radicals to “Islamic State” It did nothing to dampen their quest for power. As evidenced by the sixteen-year-long civil war in Lebanon or the decades-long struggle between the Jews and Palestinians, groups that are ideologically and emotionally dedicated to a belief often ignore tactical reality and will continue the struggle even when success seems impossible.

To get a better idea of how effective ISIS might be in the fight for Mosul and what might happen next, I visited the Peshmerga 7th Brigade last month at their forward-most lines opposite ISIS in the environs of Mosul. I sat down with brigade commander General Bahram Yassin for a wide-ranging discussion of the tactical, strategic, and political situation facing his troops and country. Tactically, the situation is far from ideal. But General Yassin has concerns that extend beyond the fight itself.

Many public estimates for the number of core ISIS fighters in Mosul is between three thousand and five thousand. General Yassin, however, said his sources indicate there may be up to thirty thousand men who would actually fight coalition forces for control of the city. In addition to the core ISIS troops, there are expected to be some number of Sunni Muslims indigenous to Mosul who will fight with the Islamic State, some willingly, others by force.

An unknown number of Sunni tribes have been coopted by ISIS. Shortly after their takeover of Mosul in 2014 the brutal leaders of the Islamic State reportedly made simple and direct demands of tribal leaders: support us or we will kill you. In the early days many said no, General Yassin told me, and were summarily executed. The rest saw no alternative obeying ISIS’s demands and grudgingly supported the radicals.

The Peshmerga commander believes some of these coopted tribes will abandon ISIS and support coalition troops as soon as the fight begins and the safety of their clan members can be assured. Other Sunni leaders, however, may continue fighting for ISIS even when the battle starts. "Some Sunnis do hate Da'esh but they fear that if Shia militia or Shia government troops take over, things will be worse," he said. They would rather fight on the side of the terrorists than be ruled by Shia. But one of the general’s biggest concerns is what is likely to happen once the fighting starts: a new wave of displaced persons.

"Since Kurdistan is the safest place in Iraq, close to a million people will flee Mosul headed for our territory when the assault begins. We already have taken in and are supporting two million displaced persons," he continued. "The coalition and international community needs to have a resourced plan to take care of these people in place before the fight" or a new wave of refugees could flood into already volatile Europe. Kurdistan's economy has been under great stress owing to suppressed global oil prices. They simply can't afford to house and support another million. Regardless of how effectively the displaced persons are cared for, however, General Yassin was more concerned with how the militants would fight in the city.

ISIS fighters have left easily identifiable and targetable buildings and embedded themselves in the civil population. They have also been preparing for an assault for months, planting roadside bombs, booby traps, and spread mines to make the attack expensive for the coalition. Knowing they can't defend the whole city they will likely concentrate their forces in the most defensible sectors of Mosul. ISIS may well try to turn Mosul into a bloody stalemate along the lines of Aleppo in Syria, cause high casualties among Iraqi troops, causing the attackers lose heart and quit. Such a hope is hardly without basis.

General Yassin has concerns that even with additional training, the Iraqi Security Forces (ISF) will not be able to stand up under the fierce fighting of a contested urban fight. He said he worried that some of the newly trained and equipped Iraqi brigades might be driven back by ISIS and lose their equipment again. Two weeks after our interview some new Iraqi units were rumored to have done exactly that, running from a fight and leaving their equipment behind, which ISIS quickly absorbed.

The United States is trying to stave off such outcomes by sending more trainers and advisors down to brigade and battalion level. Regardless of how many outstanding United States advisors the Pentagon may send, however, U.S. troops are currently not allowed to actually take part in the frontline fighting. How firmly the trained and advised ISF troops will fight when on their own is uncertain. Under such conditions, senior DoD officials’ optimism in hoping for a successful recapture of Mosul and the “end game” for the war seems shortsighted.

The situation facing the United States right now is this: it is unclear whether or not the ISF will be able to wrest control of Mosul from ISIS. Whether they succeed or not, another wave of displaced persons is sure to flee the city once the assault begins, placing enormous strain on surrounding areas, and causing Europe more headaches as more refugees seek asylum there. And even if the coalition troops are eventually able to retake Mosul, it is likely the Islamic radicals will adjust their tactics and objectives, and continue the struggle elsewhere.

From a strategic point of view, regardless of how the fight for Mosul turns out, the effort will cost America some of her blood and possibly billions of dollars, yet leave the state of the Middle East effectively unchanged: chaotic, violent, and unstable. How this expensive and inconclusive effort supports American vital national interests has yet to be explained.

It is time the U.S. Congress – the only body Constitutionally charged to oversee the military – begins to fulfill its role and demand answers of the uniformed and civilian military leaders.