How Congress Abuses the Budget to Fund U.S. Wars 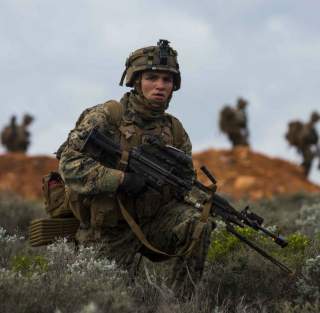 Congress’s shenanigans on the 2017 defense budget show why we should stop paying for wars with a special emergency fund—the Overseas Contingency Operations. OCO has become a font of bad policy: an escape hatch from fiscal discipline and Pentagon prioritization, a shield that prevents the public from appreciating military costs and a facilitator of war made by executive fiat. If the US continues to fight in Syria, Iraq, Afghanistan and beyond, Congress should pay for it through the regular, or base, defense budget. Under current law, that means taxes or offsetting cuts, rather than debt, would cover war costs.

Senate Democrats blocked the 2017 defense spending bill last week. Combined with the limited time left on the Senate calendar, the vote makes it likely that a continuing resolution will fund the government when the fiscal year starts in October. The vote also suggests the breakdown of the budget deal that the parties struck last fall. A new deal, which may come in an omnibus appropriation passed after the election, is an opportunity for Congress to stop abusing OCO.

Understanding how that works requires some background on OCO and the collapsing budget deal. Analysts call OCO a “slush fund” because it lets Congress fund the Pentagon’s regular budget while pretending to pay for wars. As discussed in a recent Stimson Center report, nearly half of funds in the White House’s 2017 OCO request for the Pentagon belong in the base, in that they do not directly go to the war efforts.

The cause of that budgetary chicanery is our leaders’ need to feign fiscal prudence. The 2011 Budget Control Act, passed in the name of deficit reduction, imposed defense spending caps through 2021. Though reporters misled by officials often refer to Pentagon compliance with the caps as “sequestration”, that process of across-the-board cuts occurs only if spending exceeds the cap to enforce it. There’s an out, however—“emergency” spending does not count toward the caps. So Congress, with the president’s compliance, can shift defense funds to OCO and label it as an emergency to get around the caps and avoid sequestration.

The budget deal that the parties struck last fall traded nebulous future savings for increased cap levels. Democrats agreed to increase defense spending caps once Republicans agreed to equally increase nondefense discretionary caps. The deal raised the 2016 defense spending cap by $25 billion, to $548 billion, and the 2017 cap by $15 billion, to $551 billion. It also set the 2016 Pentagon portion of the OCO budget at $59 billion (another slice goes to the State Department), with $5 billion explicitly for the base, and stated that 2017 OCO spending would be the same. The Obama administration’s 2017 request stuck to those numbers.

Republicans are violating the deal in two ways, Democrats say. First, Senate leader Mitch McConnell is stalling appropriations for nondefense bills. If those bills are not passed by the new fiscal year—October 1—the departments covered by them would likely be funded by a continuing resolution, which holds them to last year’s level. If defense alone gets the minor increase included in the appropriation bill, parity would be violated. So Democrats are blocking it and looking to restore parity through a continuing resolution and then an omnibus (combined) appropriation, which would probably come after the November election.

Second, Democrats say Republicans are violating the parity between defense and nondefense spending by shifting more OCO funds to the Pentagon’s base budget. The House’s defense budget designated $18 billion of OCO’s $59 billion for base spending. The Senate would not go along, but might have agreed to the move in conference committee. This maneuver, which drew a White House veto threat, would have the military to run out of war funds halfway into the fiscal year, around April 2017. The idea is that the next administration and Congressional Democrats would then have to support another round of war funding, lest they be accused of denying the military the funds it needs to fight. The OCO bill would then be $76 billion or so by year’s end. The extra $18 billion would largely go to procurement—new hardware dear to Congressional districts with defense production lines—in some cases equipment the military says it doesn’t want it.

The cynicism here is impressive. Republicans wouldn’t try this move if the public could appreciate that they are threatening to blast Democrats for undercutting the troops while holding war funds hostage to extract a three percent bump in the Pentagon’s base budget largely to buy hardware the military doesn’t need. But the topic is too esoteric to provoke outrage. The move also exploits past abuse of OCO. Democrats have already accepted violation of the parity principle by allowing OCO to carry base funds, Republicans can say.

The defense budget bill’s demise probably spells the end of the $18 billion gambit. But the temptation to use OCO to avoid fiscal restraint will remain. That is a problem for two reasons, besides the deficit.

First, the flow of OCO funds to the base limits the need for the military to adapt to the wars it is fighting, as Stimson’s report notes. Sharper choices between the imagined wars that the services prefer and the ones we fight would be useful, perhaps even provoking interservice debates about what dangers and defenses to prioritize.

Second, OCO retards public control of war, making them easier to start and continue. OCO helps politicians to mislead constituents by posing as deficit hawks while spoiling the Pentagon. OCO funds are also more fungible than base funds—a pot of money presidents tap for wars lacking explicit Congressional authorization. Moreover, because it is partly deficit-funded, OCO shields voters from the cost of wars, which makes them artificially popular.

There is broad agreement that reliance on OCO is a bad thing. Congressional and Pentagon leaders decry it even as they abuse it. But they’re mostly posturing. The hypocrisy OCO allows—a gesture at fiscal prudence on the books with debt-fueled militarism off them—is part of the compromise that the parties rely on to govern.

The best way to end the OCO problem is to ending the wars that justify it. But with broad support for bombing ISIS in Iraq and Syria and U.S. strikes of some sort occurring in five other nations, that isn’t likely for years. Better ways to fund wars are needed.

One solution is to limit what OCO can fund. The House defense bill attempts that, thanks to an amendment pushed by Mick Mulvaney (R-SC) and Chris Van Hollen (D-MD). It codifies existing Office of Management and Budget rules on OCO, which in theory would rule out much of what it now funds. But it is unclear who will enforce the restriction. The White House and Congress annually ignore those OMB rules, and the amendment comes in a bill that violates their provisions.

A better way to deal with OCO is to collapse it into the base. If it cuts a new budget deal, Congress should create a unified defense budget under an annual spending cap, raise it to cover actual, estimated war costs ($25–30 billion today), and extend the cap while the wars continue. By heightening its oversight of war spending and paying for it now, Congress would discourage perpetual and ill-considered war.