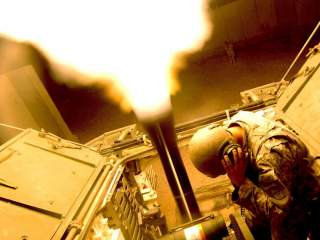 Why is the U.S. Congress refusing to debate and pass a new authorization for the use of military force against the Islamic State?

Matt Fuller and Jennifer Bendery of the Huffington Post ran a long report on Monday posing this very question to thirty lawmakers in the House and Senate. The answers given were revealing in both their frankness. Words and phrases like “no guts,” “timidity” and "cowards” were used by the lawmakers themselves—an apt illustration that a growing number of rank-and-file Republicans and Democrats are tired of dodging the most important national security issue that the United States confronts. Rep. Marcia Fudge (D-OH) encapsulated the general mood, albeit in a partisan way: “I'm ready to vote on it [an AUMF] today, but the majority doesn't want to take a stand,” Fudge commented. “They [Republicans] want to complain, and tear down, and talk about the president's policy. But they don't want to put forth a policy. They're just cowards. Simple as that.”

The issue of war powers relating to the campaign against the Islamic State is being dumbed down by a mix of invective from hawkish members of the GOP establishment (most of whom have not offered a better alternative outside of a few tactical adjustments such as more U.S. Special Forces) and an Obama White House that often seems reticent to admit mistakes.

Everyone has a view about what an ideal AUMF should look like and what kind of power it should grant. Yet we don’t live in a world of make-believe; ideals by their very nature are uncompromising and rigid, and often unsuitable for the business of governing.The rank-and-file in the Republican and Democratic parties have the power to introduce war resolutions on their own (there are many different iterations of an ISIL-tailored AUMF floating around Capitol Hill today; none have moved beyond committee), but they do not have the authority to authorize a full, honest and open debate on the matter.

Only the Republican congressional leadership, Speaker Paul Ryan and Senate Majority Leader Mitch McConnell, can guarantee that a war resolution will actually be placed on the calendar for action on the House and Senate floors. And yet, if Ryan and McConnell’s appearance at a Politico Playbook event is indicative of their thinking going into 2016, neither will be chomping at the bit in getting Congress on the record during an election year.

The “it’s too hard” excuse that the congressional leadership has used over the past sixteen months (yes, the war against ISIL has been going on for nearly a year and a half without any action from Congress) is not at all different from a fifth grader telling the teacher that the dog ate his homework. No company or small business in America would allow an employee to stop doing his or her job because it was too difficult. Shouldn’t we hold Congress to the same standard?