It’s Time to Suspend America's Alliance with the Philippines 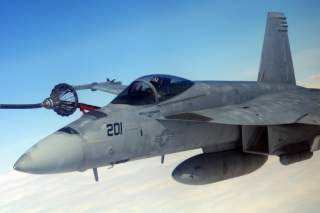 The United States has an unfortunate history of acquiring ugly authoritarian allies even when America’s security interests do not justify making such moral compromises. Malou Innocent and I described many of those unfortunate relationships in our book Perilous Partners, noting that a majority of the security relationships did not involve situations in which America’s vital interests were imperiled.

Washington faces another increasingly problematic relationship: its alliance with the Philippines. As I’ve noted previously on this site, Philippine president Rodrigo Duterte is the personification of a “loose-cannon” ally. Among other things, he referred to President Obama as “a son of a bitch,” and made it clear that he had no intention of necessarily following Washington’s lead on foreign policy.

Since I wrote that article, his erratic behavior, both domestically and internationally, has grown worse. After indicating that he wished to conclude alliances with both Russia and China, Duterte stated that there will be no further military exercises with U.S. forces because China objects to such exercises. Now he has compared himself to Adolf Hitler, affirming that he was gladly slaughtering thousands of alleged drug dealers and drug users—all without the inconvenient obstacles of due process—and would like to kill millions, just like Hitler killed millions of Jews.

U.S. officials seem strangely tone-deaf to the outrages of their East Asian ally. Even as Duterte was cozying up to China and waxing about Hitler, U.S. Secretary of Defense Ashton Carter was affirming that Washington’s alliance with the Philippines was nothing less than “ironclad.”

That is an unwise position for several reasons. First, it is generally a bad idea for a great power to pass out security guarantees in a promiscuous manner, since any one of them has the potential to entangle it in a dubious military confrontation. The United States has violated that rule in a spectacular fashion, undertaking explicit, treaty-bound security obligations to more than four dozen countries and implicit commitments to many more. The “mutual” defense treaty with Manila is actually one of the older obligations, having been concluded when the Philippines were granted independence in the late 1940s. But the venerable nature of the treaty does not make it a wise one.

A second reason a great power should avoid alliances like the relationship with Manila is that the security client’s agenda can create embarrassments or even great dangers. The Philippines have ambitious territorial claims in the volatile South China Sea—along with several other countries. At a minimum, having a treaty ally in that position creates a headache for the United States.

Finally, a security relationship makes America at least indirectly culpable for the domestic behavior of the client regime. Throughout the Cold War, Washington embarrassed itself (if not shamed itself) by its close relationships with an assortment of thuggish “allies.” American officials may have deluded themselves into believing that such relationships were essential for the republic’s security, but in the vast majority of cases, that simply was not true. Now in the absence of the kind of existential threat that the Soviet Union posed, the justification for tossing basic moral values overboard is even weaker.

The United States needs to take an immediate stand regarding the Philippines. It is absurd for America to be putting its security on the line to defend a country ruled by an individual who is showing his unreliability on foreign policy issues and engages in utterly odious domestic behavior. Washington should suspend the alliance with Manila indefinitely. In the 1980s, the United States suspended its defense commitment to New Zealand through the ANZUS pact because Wellington would not allow U.S. nuclear vessels to operate in its waters. Duterte’s actions are vastly worse than that and at least warrant a similar response.

Ted Galen Carpenter, a senior fellow in defense and foreign policy studies at the Cato Institute and a contributing editor at The National Interest, is the author of 10 books and more than 600 articles on international affairs.