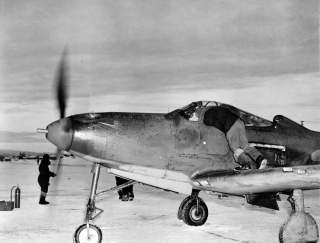 When Hitler dragged the world into war in 1939 Americans were concerned about the future of Europe, but largely saw no direct role for the United States. By the summer of 1940, a majority of Americans favored the defeat of Germany but very few were inclined to do so with American troops. In fact, the majority of Americans still viewed Germany’s defeat in the context of a British, not allied, victory over the Reich. Europe was an ocean away, the scars of the war to end all wars were still visible, and the legacy of the Great Depression loomed over unemployment lines and shuttered factories. Their solution was a radical change in security philosophy. The creative and ambitious lend-lease program changed the course of the war.

A similarly radical revision of our current strategy can reverse the last decade’s decline in America’s global posture.

We face a similar dilemma as President Roosevelt did in 1940.  The distant wars in Iraq and Afghanistan have exhausted the armed forces and bored the public. High unemployment, profligate public spending and ill-conceived social initiatives have left the country financially challenged, and deeply divided by race, income and profession. The nation’s poorly planned shifts in global security priorities and cuts to military strength have encouraged once marginal regional adversaries to engage in increasingly risky challenges to American influence. Bottom line: America is fatigued, yet we must somehow sustain the beneficial arrangements at the core of our security.

The situation in 1940 necessitated a method to reconcile the urgent need to help England with the desire to avoid direct involvement in the conflict. In today’s context, Americans are largely against involvement in ground combat in places like Syria and Ukraine, but favor the defeat of  Assad, and the containment of Putin in Eastern Europe and China in the seas named for it. Reconciliation of the two lines of thought is in order, and will not be accomplished via the status quo approach of throwing troops, ships, airplanes and money at our problems. FDR’s innovative solution in 1940 was the Lend-Lease program, wherein approximately $600 billion in today’s dollars was shipped to our biggest allies. America needs that kind of radically creative approach to her strategic thinking.

For all the similarities described, there are substantial differences that must flavor our approach. Unlike in 1940, where the UK had exhausted itself to stop Hitler, America faces a preponderance of Allies that, for a variety of self-justifying reasons, have not broken a sweat to defend themselves. The oft-cited failure of more than 80% of our NATO allies to live up to the 2% of GDP commitment to their own defense is a tired but accurate statistic, and should outrage Americans. For decades our Secretaries of Defense has exhorted our Allies to do more, with little effect. This is unsurprising given the lack of incentive or consequence for many of our allies to change the status quo. Our lack of evolution in tackling this problem suggests a shameful level of comfort with the current arrangement.

The current practice of having American men and women under arms along far-flung borders must end. If soldiers must bleed and die to preserve a land border or rocky atoll against a Russian, North Korean or Chinese incursion, let them be soldiers who have pledged their lives to something other than the U.S. Constitution. Whereas we must be prepared to fight alongside our allies, we need to question why our troops need to be the only ones to fight for our allies. We also need to investigate whether or not we have a legitimate security interest in binding ourselves to NATO Article V for the sake of relatively new NATO partners like Albania and Montenegro, who are content to reap the enormous benefits of an alliance with the United States at the cost of token contributions to collective security.

The core of any new security strategy must share the basic premise of lend-lease: we help our allies help themselves. While removing its troops from foreign soil, America would establish a series of conditional incentives and deterrents. In return for objectively measured improvements in allied self-defense efforts, we would expand programs that subsidize procurement of U.S. weapons and equipment. We would increase access to U.S. Intelligence capabilities and expand access to U.S.-led force professionalization. We would also impose consequences for failing to objectively demonstrate commitments to self-defense, including diplomatic efforts to refresh and redraft security agreements. Such reviews of agreements may further lead to echeloned, gradual and reversible reductions in defense cooperation activities to remind our allies of the compelling interest to invest in themselves. America would regain its status as the “Arsenal of Democracy,” and buy itself the strategic time and space to make deliberate choices regarding how it supports its allies in times of war.

This strategic approach requires substantial effort to reassure our allies. U.S. rapid reaction forces must be U.S. or sea based, and globally available to fall in on pre-positioned stocks of equipment designed to secure sea and air based lines of communication, with the geographic standoff and operational capacity to pass additional U.S. troops forward to join allies already in the fight. These forces must exercise frequently and in concert with the nations requiring reassurance, ideally in locations and with scenarios to effectively deter our adversaries. Commitment criteria must be periodically reviewed with our ally and be commensurate with their level of participation in their self-defense. America should never be more committed to a nation’s defense than it is itself.

Primary among these is the principle behind removing our troops from other nation’s borders: America should never tolerate having her troops act as a speed bump while an ambivalent ally finally gets its defensive act together. Task Force Smith is an unacceptable example of an American force left unsupported by the nation whose sovereignty it was sent to defend. Never again. The pragmatic advantages of withdrawing U.S. troops include the hundreds of millions of dollars in annual cost savings and the mitigation of risk to forward-stationed troops. This cost savings includes the reduction and potential divestment of the Department of Defense’s non-essential overseas infrastructure, the reduction in shipping costs to overseas commissaries, exchanges and logistics depots, and the elimination of the cost-of-living subsidies that overseas families currently enjoy.

Expansion of current subsidies for foreign acquisition programs would potentially mirror the provision of American-made goods and services distributed through lend-lease, providing a similar boost to American industrial employment and productivity. The long-term dependencies such an arrangement creates for system life-cycle replacement and maintenance represents an opportunity for sustained returns on the initial subsidy. Corresponding increases in industrial production employs Americans, keeps our defense industry warm, and generates revenue for continued research.

The technological advancements made by our allies’ robust defense industries, enabled by decades of American defense investment, would contribute to sustaining our own dominance of the military technology domain. Israel is a world leader in unmanned vehicle research and development, while the scale, sophistication and popularity of European defense exports suggests a multitude of opportunities to improve our own development.

The broad outlines of this strategic framework masks the admittedly complicated nature of this proposal. For example, Germany and other nations with robust defense industries would likely be less interested in acquisition subsidies than technology and intelligence sharing, while the frequency and depth of combined exercise programs motivate nations like Korea and Japan. Despite its complexity, this proposal represents a philosophical foundation upon which to bind an array of unique bilateral regimes of incentives and consequences, and more importantly, deliberate over the proper employment of our armed forces. It also presents an opportunity to reevaluate the utility, relevance and details of our overarching agreement frameworks such as the NATO charter, as well as our bilateral agreements such as our mutual defense treaty with the Philippines. Notwithstanding this seemingly herculean effort, we cannot continue to wallow in our current trough.

Subjecting American troops to the role of delaying an adversary on foreign soil must end. We must supplant the ideology that tolerated the launch of Task Force Smith into Korea with the strategic mindset that empowering our allies to defend themselves is in everyone’s best interest. It is high time we capture the opportunities afforded by a reexamination of the costs and benefits of decades-old security agreements. We must offer our servicemen and women our best strategic effort. They deserve no less.

Robert Murphy graduated from The Citadel with degrees in History and French. An Army veteran, he is a graduate of the U.S. Army’s Advanced Military Studies program, commanded an infantry company in combat, and served as the special assistant to the Commanding General, U.S. Army Europe. He is a professional strategist. The views represented here are his own and do not reflect those of the U.S. Government.