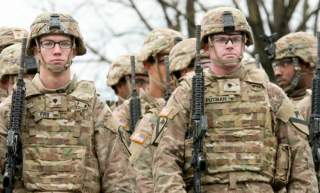 The #NeverTrump movement has tried every single trick in the book to deny Donald Trump the Republican nomination for President of the United States. Each and every one of those tricks has resulted in the same thing: utter, complete, and embarrassing failure for the entire country to see.

When Sen. Ted Cruz and Ohio Gov. John Kasich realized that neither of them could defeat Trump on their own, their campaign staffs hatched a plan to work together in order to keep as many delegates away from Trump’s column as they could. Cruz would call off the dogs in Oregon and New Mexico to make it easier for Kasich to claim those delegates, and Kasich would reciprocate by standing down in Indiana and writing off the state to the Cruz camp. That pact ended as it began: with a whimper. Trump would go on to win Indiana, Oregon and New Mexico by big margins.

After Trump reached the 1,230 delegate threshold to claim the GOP nomination, the effort of the Never Trumpers transformed into an all out campaign to either snatch the nomination away at the convention through a change in the rules or finding a credible independent, conservative candidate to challenge Trump in the general election. Both of those campaigns collapsed, because neither really had a chance at succeeding; those in the “free the delegates” movement couldn’t even get twenty-eight signatures on their petition, and nobody in their right mind (Bloomberg, Mattis, Cotton, Kasich, Romney, Ryan, Sasse, French) wanted to commit suicide by jumping into an incredibly tumultuous presidential race that they were bound to lose in the end.

Now it’s all about the ultimate option: using the U.S. military to overthrow a prospective President Donald Trump from office. This was the wacky proposal that James Kirchick of the Foreign Policy Initiative recommended in the Los Angeles Times yesterday. Needless to say, a military coup in the world’s greatest democracy—a common twentieth-century tactic in the developing world to subvert a democratic outcome that the military establishment doesn’t want to accept—is probably not the answer either. It’s especially curious that a self-professed promoter of democracy abroad would espouse measures subverting it at home. Neocon, heal thyself!

Kirchick has a lot of harsh things to say about Trump, from his condemnations of the media and anyone who crosses him to his positive remarks about authoritarian leaders like Vladimir Putin and Kim Jong-un. “Blimpish swagger might fly within the patriarchal confines of a family business, a criminal operation . . . or a dictatorship,” Kirchick writes. “It does not, however, work in a liberal democracy, legally grounded by a written constitution, each branch restrained by separation of powers.”

Well, yes. This is why Kirchick inadvertently negates his own argument that a military coup might ultimately be necessary. Kirchick makes his little argument as if he is living in another country that doesn’t have an inherent and abiding respect for the concept of separation of powers.

Lest we forget, the United States was founded upon and operates on this fundamental principle of governance. Thanks to a little document called the U.S. Constitution, the legislative and the judicial branches have just as much power (in their own way) as the executive branch. President of the United States is the most powerful position in the free world, but it is not so powerful that a single man (or woman) is able to run the country roughshod over the will of the people or the other two branches of government. Does anyone think that Speaker Paul Ryan, Senate Majority Leader Mitch McConnell, or prospective Majority Leader Charles Schumer would sit by and let a President Trump order the U.S. military to commit war crimes without impunity? And does anyone think that the U.S. military would be so passive that they would actually obey orders that the institution has long believed is morally wrong and against the law?

The United States isn’t Turkey, Pakistan, Egypt or Honduras. It’s a country where civilian government runs supreme and where the legislative branch and the courts actually have genuine power to check the aspirations of the presidency.

Civilian democracy thrives on the notion of the ballot box determining the direction of the country rather than the bullet. What Kirchick is proposing violates those basic principles. If carried out, that would be a greater danger to the Republic’s security, prosperity, and health as the world’s preeminent democracy than anything a President Trump would legally be able to do under Article II of the Constitution.