No, Bangladesh Isn't Turning into Pakistan 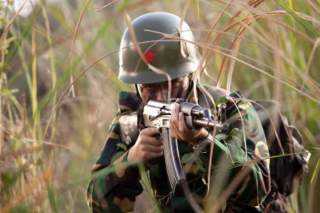 The recent terrorist carnage in Dhaka has led people to speculate that Bangladesh is becoming another Pakistan. This is a simplistic proposition. While Bangladesh was a part of Pakistan for a quarter century, its political culture is vastly different from (West) Pakistan. In fact, what was then East Pakistan seceded from the geographical absurdity that was Pakistan because of the vast differences in their political, social and economic profiles.

Pakistan was a product of a particular variety of Indo-Muslim nationalism that refused to accept that Muslim interests—in reality the interests of the Muslim elites of northern and central India—could be protected in a multireligious India, for during two hundred years of British rule the centers of political and economic power had shifted from the heartland to the east and west coasts with their predominantly Hindu elites. The Bengali Muslims threw in their lot with West Pakistan because of an acute feeling that they, both the small middle class and the peasantry, were being exploited by the absentee landlords, mostly Hindu, based in Calcutta.

However, it is instructive to note that on the eve of India’s partition in 1947 (which would entail the separation of predominantly Muslim eastern Bengal from the predominantly Hindu western Bengal) there was a concerted effort by a group of Hindu and Muslim Bengali leaders to keep Bengal united even if it meant being a part neither of India nor of Pakistan. H.S. Suhrawardy, the Muslim Prime Minister of Bengal Province in British India in 1947, was one of the major advocates of this position.

While this attempt to maintain the unity of Bengal failed and India was divided, a feeling Bengali nationalism was never far from the surface in East Pakistan. The policies of the West Pakistani–(especially Punjabi-) dominated governments of Pakistan that discriminated against the Bengalis economically and politically further fueled the sense of Bengali nationalism based on the common language and culture shared both by the Muslims and Hindus of East Pakistan. It was this linguistic and cultural nationalism that lay at the base of East Pakistan’s secession from Pakistan in 1971 and the establishment of Bangladesh following a bloody conflict during which the Pakistan army acted with self-defeating cruelty toward the Bengali population, torturing, killing and raping indiscriminately.

It is also instructive to note that the liberation of Bangladesh was achieved with the help of the Indian army, which intervened in the conflict after ten million Bengali refugees had flooded India to escape Pakistani repression. In short, while the Pakistani elite defined the country’s national identity at its birth in religious terms their Bangladeshi counterparts defined their national identity at the birth of their country in linguistic and cultural terms.

Furthermore, given the circumstances of India’s partition in 1947, Pakistan’s national identity is in large part defined in terms of hostility toward its larger neighbor. On the other hand, the Bangladeshi perception of India, despite ups and downs in their relationship, is largely benign. Its problems with India have arisen not out of visceral animosity justified in religious terms (as is the case with Pakistan) but the normal apprehension based on antihegemonic feelings that smaller countries harbor toward their larger neighbors. In fact, predominantly Hindu Nepal continues to demonstrate a far greater degree of suspicion of Indian hegemony than does Muslim Bangladesh.

This does not mean that Bangladesh has totally escaped the virus of Islamist extremism which seems to be sweeping through many parts of the Muslim world. But the sources of such extremism are different from those of Pakistan, where visceral anti-Indianism coupled with the religious justification for the creation of the country feeds Islamist extremism and provides it respectability.

Moreover, the policies of successive Pakistani governments from the 1980s onward have helped create the specter of jihadist militancy that has now come to haunt the country. Beginning with General Zia-ul-Huq’s regime, Islamabad, especially the intelligence arm of the all-powerful Pakistan army, has not only encouraged but often helped create the extremist groups that it now finds difficult to control. Beginning with the so-called “Afghan jihad” in the 1980s, Pakistani regimes, and especially the armed forces, have found such radical groups useful as part of their policies toward both Afghanistan and India. Once the Soviets withdrew from Afghanistan, the Pakistani military has used these groups primarily as its instruments to destabilize the Indian-administered portion of Kashmir and fuel insurgency in the Kashmir Valley as well as sporadically carry out terrorist acts in other parts of India. Much of the terrorism problem that Pakistan now faces is the result of blowback from its own policies.

The roots of Islamist extremism in Bangladesh are very different. Extremist rhetoric in Bangladesh is nowhere as mainstream as it has become in Pakistan. A major reason for this difference is that the Islamist parties and groups in Bangladesh are tainted by their close association with the Pakistan army during the war of liberation. In fact, members of the radical Islamist groups, such as the Jamaat-i-Islami, committed grave atrocities against the nationalist elite and the Bengali population in 1971. Unfortunately, they escaped retribution until recently when the Bangladeshi justice system finally caught up with them. Several of their aging leaders have been hanged for their participation in the atrocities of 1971.

The increase in Islamist terrorism in Bangladesh over the past three years can, in fact, be explained in substantial part as a backlash by the Islamist radicals against their leaders being held to account for the crimes of 1971. This is not to say that some Bangladeshi rulers, especially the military dictator General H.M. Ershad, and the Bangladesh Nationalist Party (BNP), currently one of the two major parties, have not encouraged some forms of Islamist extremism to serve their own purposes. In a blatant attempt to pander to the Islamist constituency General Ershad lifted the ban on the Jamaat-i-Islami in 1982 and in 1988 declared Islam as the state religion and removed the word “secularism” from the country’s constitution. The BNP, when in power between 2001 and 2006, coopted the Islamist Jamaat-i-Islami as a coalition partner and the latter held a couple of ministerial posts thus giving it a degree of respectability.

However, the encouragement provided by the Bangladeshi ruling elites to Islamist extremism pales in comparison to the role of the Pakistani rulers in promoting Islamist radicalism that has mutated into terrorism within Pakistan and outside. Bangladesh’s rulers may have at times turned a blind eye toward Islamist extremism but on the whole their record is far better than that of their Pakistani counterparts. Above all, the primary sources of Bangladeshi nationalism are linguistic and cultural and not religious. Therefore, it is still possible in Bangladesh to address Islamist terrorism as a law-and-order issue and, hopefully, bring it under control. In Pakistan it has become a part of the political fabric of the country and thus almost impossible to eradicate.

Mohammed Ayoob is University Distinguished Professor Emeritus of International Relations, Michigan State University, and Senior Fellow, Center for Global Policy. His books include The Many Faces of Political Islam (University of Michigan Press, 2008) and, most recently, Will the Middle East Implode (2014) and editor of Assessing the War on Terror (2013).