Round 2 of the Iran Deal Debate in America Has Begun 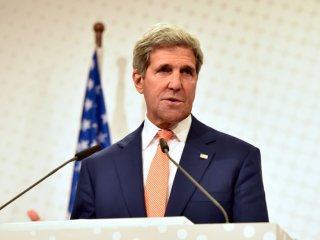 On September 15, 2015, the Obama administration’s signature foreign policy achievement, the Joint Comprehensive Plan of Action, survived a bruising and partisan fight in the U.S. Congress. Millions of dollars in lobbying from special interest groups and advocacy organizations devoted to scuttling the Iranian nuclear deal proved to be insufficient to derail the administration’s own lobbying effort on Capitol Hill.

For someone who is often labeled as an ineffective communicator in his dealings with Congress and someone who views congressional handholding as an exercise in stroking egos, Obama was at his best in selling the JCPOA. His personal involvement in the process was rewarded when opponents of the Iran nuclear deal fell several votes shy of killing it on the Senate floor. However, if the last several weeks of 2015 are any precedent, the White House, Secretary of State John Kerry and Secretary of Energy Ernest Moniz (Kerry and Moniz were the administration’s go-to men in outlining the specifics of the 159-page accord during numerous hearings on Capitol Hill) are not out of the woods yet. Indeed, Republican lawmakers in both houses of Congress have demonstrated that they are not willing to concede the fact that the JCPOA is a reality and that the international buy-in for the agreement is so extensive that the next President of the United States will discover how difficult it would be to tear it “to shreds.”

If 2015 was the year when the U.S. and its allies finally reconciled with Iran to resolve an international security issue that lingered for over a decade, then 2016 will be the year when lawmakers from both parties will use the congressional oversight process to heavily scrutinize the JCPOA and force the Obama administration into a defensive crouch.

Some of this resistance will be of the administration’s own making.  After first assuring members of Congress that Washington would take tough financial measures against Iran for its violation of a U.N. Security Council resolution banning Tehran’s testing and production of ballistic missiles, the Treasury Department delayed implementation of new sanctions in order to determine whether these violations could be dealt with in a more diplomatic fashion.  The delay is difficult for the administration to defend, given its vocal insistence during last summer’s congressional review period that Iran would continue to be punished for any infractions or destabilizing behavior outside of the nuclear issue.  Needless to say, the White House, State Department, and Treasury Department will need to learn from this clumsy, self-imposed mistake in order to prevent more uproar from lawmakers this year.

In 2016, we can anticipate that Republicans and Democrats who assume the worst about Iran will be highly aggressive about the enforcement of the JCPOA. New sanctions legislation will inevitably be brought up early in the year, particularly an extension of the Iran Sanctions Act—one of the most comprehensive sanctions packages on Tehran currently on the books. Other members will devise more clever and bipartisan ways of putting the administration’s feet to the fire in order to guarantee that a congressional stake in the JCPOA implementation process.  Proposals from Reps. Todd Young (R-IN) and Gerald Connolly (D-VA) that would establish a special congressional investigative committee to continually assess whether Tehran is complying with the agreement are initiatives that could receive bipartisan backing in the new year. Still others will demand that the House or Senate create a special advisor to ensure that the executive branch is enforcing all Iran-related sanctions without exception.

The White House will be powerless to stop many of these proposals from being put into effect; the establishment of a special committee on JCPOA implementation, for example, does not require a presidential signature.  The best Obama can do is task his advisors and cabinet secretaries with keeping Congress fully informed about how the administration is executing the nuclear agreement, what actions that it has taken to retaliate against any breaches by the Iranians—and how the administration will respond when Iran again violates a Security Council resolution.

After all, 2016 is a presidential election year. What better way for critics of the Iran nuclear deal to do everything they can to undermine its effectiveness? Get ready for Round 2 between the White House and Congress.

Daniel R. DePetris is an analyst at Wikistrat, Inc., a geostrategic consulting firm, and a freelance researcher. He has also written for CNN.com, Small Wars Journal and the Diplomat.