Sanders May Lose the Nomination, But He Won Big on Fixing Superdelegates 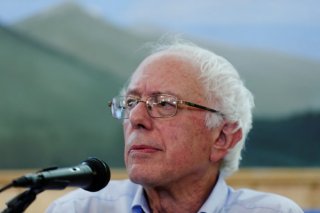 This week’s Democratic National Convention is a coronation for supporters of Hillary Clinton and a shot in the bow to the dedicated progressives and “Bernie Bros” who took on the job of stumping for the eccentric Vermont senator like it was a second career. For a loud minority of Sanders supporters (think #BernieOrBust on Twitter), Hillary Clinton is an unacceptable nominee for a party that is supposed to be looking out for the underprivileged and less fortunate—the common American who isn’t lucky enough to have a fat-cat hedge fund manager for a friend. For good or ill, Bernie’s most rabid supporters view Clinton as the epicenter of the financial-political revolving door that has come to define American politics over the past twenty-five years. Even Bernie Sanders’ fiery convention speech on Monday night might not have been enough for this crowd, hundreds of whom had marched in Philadelphia yesterday shouting the same “lock her up!” chant that was coined by Republicans during their convention last week.

All is not lost for Sanders, however. He may have lost the Democratic primary fair and square (DNC shenanigans notwithstanding), but he came away with some very significant concessions that could come to resemble a driving force to push the Democratic Party in a more progressive direction. After all, the Democratic Party platform this year is heavily influenced by Bernie Sanders’s central economic message of fairness for the American worker, contempt for the corrupt practices of Wall Street, and a commitment to upend America’s economic and political system away from crony capitalism and elitism.

“Over the past three decades,” the platform reads, “America has signed too many trade deals that have not lived up to the hype. Trade deals often boosted the profits of large corporations, while at the same time failing to protect workers’ rights, labor standards, the environment, and public health.” When you can leverage your grassroots support among the Democratic base to criticize trade policies that were helped along by one of the most popular Democratic presidents in recent memory (Bill Clinton)—despite the fact that the wife of that former president had more delegates on the platform committee to begin with—it’s accurate to say that your movement has some legs.

Bernie’s most important victory, however, has nothing to do with a more leftist Democratic platform. Instead, it involves rules changes within the Democratic Party, including the possibility that two-thirds of officials who now proudly call themselves superdelegates will lose that title in four years. Although Sanders delegates on the Rules Committee were unable to eliminate superdelegates entirely, they had enough ammunition to force the party establishment to at least review the issue and possibly reform how delegates are allocated.

A twenty-one-member Unity Commission has been established with a recommendation already cooked into its mandate: superdelegate status should be stripped from everyone in the party except governors, senators and members of the House. The commission will also consider opening up the Democratic primary to more independent voters, a constituency that Sanders excelled in cultivating and a recommendation that he has repeatedly argued is necessary if Democrats want to broaden their appeal to young Americans who don’t claim any party registration.

The commission’s recommendations will still need to be approved by the Democratic National Committee in order to becoming binding, the fact that a panel will be created based on the working assumption that fewer superdelegates will result in a fairer system is a huge victory for Bernie Sanders and an equally huge loss for the likes of Debbie Wasserman Schultz, Donna Brazile, and every other lifelong Democrat who is not bound by their state’s primary or caucus results.

For Sanders, upending the Democratic Party from within is a good consolation prize to winning the nomination.