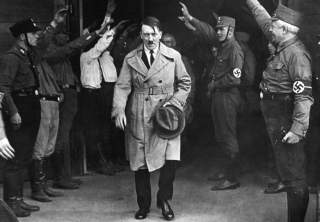 Foreign policy elites are fond of citing philosopher George Santayana that those “who do not remember the past are condemned to repeat it.” In the political arena and popular culture, his observation is typically further simplified to the adage “history repeats itself.” But that cliché is dangerously inaccurate. History never truly repeats itself. Every era is different in crucial ways. Because of that factor, even attempting to learn the “lessons” of history and avoid repeating its mistakes is fraught with danger unless the application of knowledge is conducted with great caution. Policymakers are tempted to assume that two events in different eras, cultures, and situations are analogous when they are nothing of the sort. Such erroneous beliefs, in turn, can lead—and, in fact, have led—to debacles in U.S. foreign policy.

An especially dominant (and poisonous) historical lesson is the Munich analogy. Because the democratic nations failed spectacularly in their policy to appease Nazi Germany and its fascist allies in the late 1930s, a horrifically destructive war was the result. The belief became entrenched that all unfriendly dictatorial powers must be confronted early and decisively. Even garden-variety authoritarian regimes were equated with malignantly expansionist totalitarian states that must be squashed. And countries with limited means and parochial agendas were magnified into global threats.

The desire to avoid the perception of “another Munich”, particularly any notion of Western—especially American—weakness, was a major factor that impelled the United States to wage the Vietnam War. Secretary of State Dean Rusk admitted that point quite candidly in his memoirs. But the notion that tiny North Vietnam was comparable to Nazi Germany (one of the world’s leading industrial and military powers) was preposterous on its face. And the fallback justification—that Hanoi was a cat’s paw for the Soviet Union or China—was scarcely more credible. By overlearning the lessons of the 1930s, U.S. policymakers needlessly interfered in a civil war five thousand miles from the American homeland, ultimately failed to achieve their goals, and bitterly divided their nation in the process. To add a coat of irony on the tragedy, the current generation of U.S. policymakers is courting Vietnam, which is still governed by the communist dictatorship Washington so vilified in the 1960s and 1970s, as an ally to contain China’s power.

Faulty historical analogies continue to bedevil American foreign policy. A key belief of George W. Bush’s administration when it launched the Iraq War was that the United States would be welcomed as a liberator and democratic guide once Saddam Hussein was overthrown. A key model for that belief was the outpouring of pro-Western (and especially pro-American) sentiment in Central and Eastern Europe as the Soviet Union’s satellite empire collapsed, and new democratic governments supplanted Moscow’s puppet dictatorships.

What Bush administration officials and their cheerleaders failed to grasp, though, was a crucial difference in how Middle East populations viewed the United States and how Central and East European publics saw this country. The latter had long groaned under Moscow’s heavy-handed, imperial rule. Any adversary of their ugly imperial master was likely to be considered a friend, and Washington had been the USSR’s principal adversary since the late 1940s. In addition, at least a few of the Central and East European countries (e.g. Czechoslovakia) had some experience with democratic values.

The situation in the Middle East was fundamentally different. Indeed, major portions of those populations were likely to see the United States and its Western allies as the imperial oppressors, not as liberators. The periodic American-led military interventions (1958 in Lebanon, 1982 in Lebanon, 1990 Persian Gulf War) at least made those populations extremely wary of Washington’s intentions. There, in fact, was little in Washington’s track record to suggest a sincere commitment to democracy in the region. Everything from the CIA’s involvement in the 1953 coup that overthrew Iran’s democratic government to Washington’s longtime cozy relationships with an assortment of corrupt tyrants, including Egypt’s Hosni Mubarak and the Saudi royal family, undermined the credibility of that commitment. It was a bit much to expect the Iraqi people or other Middle East populations to accept at face value that Operation Iraqi Freedom was an intervention for democracy.

Finally, U.S. officials have repeatedly misapplied the successful post–World War II nation-building experiences in Germany and Japan to vastly different and less promising environments. It’s even a misnomer to call the missions in Germany and Japan nation-building ventures. They were actually nation-rebuilding missions, and therein lies a crucial difference. Germany and Japan were mature, cohesive societies that simply needed to have their economies and political systems restored or redirected. But U.S. officials have tried to accomplish similar goals in countries that have no meaningful sense of nationhood (Iraq, Afghanistan, Bosnia), and, in fact, are often bitterly splintered countries. In the process, we have wasted trillions of American tax dollars and in the first two cases needlessly sacrificed thousands of American lives.

All of this means we should have our false historical analogy warning antennae deployed whenever someone like Senator John McCain says that we can stay in Iraq for fifty years  or more, because we have stayed even longer than that in South Korea without undue trouble from the inhabitants. Or whenever Bill Kristol and Marco Rubio say much of anything about foreign policy. Santayana had it wrong. Those who obsessed with trying to avoid repeating history’s mistakes are nearly certain to create new ones that are even worse.

Ted Galen Carpenter, a senior fellow at the Cato Institute and a contributing editor at The National Interest, is the author of ten books and more than 600 articles on international affairs.