Taiwan: The Latest Claimant to Roil the South China Sea 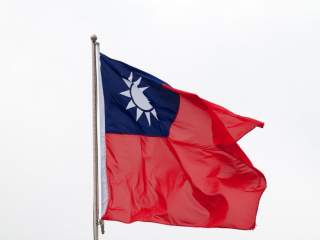 Taiwanese President Ma Ying-jeou startled observers with a trip to the island of Itu Aba (also known as Taiping) in the South China Sea. It was a move certain to annoy Beijing, yet it came from the leader of a party, the Kuomintang (KMT), that had seemed committed to a more conciliatory approach. Indeed, in early November, Chinese President Xi Jinping had sat down with Ma in Singapore for the first face-to-face meeting between the leaders of Taiwan and the mainland since the communist victory in China’s civil war in 1949. This latest move seemed a stark reversal of such responsible behavior.

Ma’s proposed island junket also upset Taiwan’s protector, the United States. One U.S. official termed the planned trip “extremely unhelpful and does not contribute to the peaceful resolution of disputes in the South China Sea.” Ma ignored that, and similar rebukes, and conducted the trip as scheduled.

On the other hand, one might wonder why there was so much agitation about Ma’s trip. After all, he is the lamest of irrelevant lame-duck officials. Not only does he leave office in a matter of weeks, he does so under a dark political cloud. On his watch, the Kuomintang Party suffered its worst electoral defeat ever. Not only did the KMT lose the presidency for only the second time since its exile to Taiwan, it also lost control of the legislature—and did so by a wide margin—for the first time. In Taiwan, Ma Ying-jeou will likely enjoy even less influence and prestige following the end of his presidency than Herbert Hoover, Jimmy Carter and George W. Bush did in the United States following theirs.

But one of the reasons for the KMT’s electoral rout was the widespread perception that its policy toward mainland China was too accommodating. Indeed, Ma’s government signed more than twenty economic agreements with Beijing, and trade and tourism with the mainland soared over the past eight years. The victorious Democratic Progressive Party (DPP) has always adopted a harder line regarding policy toward China. (Indeed, the DPP officially advocates an independent Taiwanese state, although President-elect Tsai Ing-wen now does not emphasize that portion of the party platform.) Ma’s visit to Itu Aba could be interpreted as a turn by the KMT toward a harder line policy generally toward China.

The reality, though, is that there has long been a surprising similarity of views across Taiwan’s political spectrum regarding the South China Sea. Taipei has asserted vigorous, far-reaching claims early and often. Indeed, the famous “9-dash line” that seeks to convert more than eighty percent of the South China Sea into Chinese territorial waters did not originate with the communist government. It was proclaimed in 1947 (with the original version having eleven dashes) when China was ruled by the Nationalist Party—that is, the KMT, before it was expelled from the mainland.

In the years since then, Taipei has seized every opportunity to press its claims. Taipei has not only asserted ownership of portions of the South China Sea, it has managed to establish a significant physical presence there. Taiwan controls the Pratas—the largest island group, known locally as the Dongsha Islands—and Taiping, the largest of the hotly contested Spratly Islands. In September 2012, a group of 30 prominent Taiwanese, including national legislators, landed on Taiping to inspect the security situation. The coast guard conducted a live-fire exercise for the delegation during that visit, much to the annoyance of countries with competing claims.

The Taiwanese government summarily rejected all complaints. “Taiping Island is part of the Republic of China’s territory,” stated Wang Kuo-jan, an official with the Ministry of Foreign Affairs, in response to Vietnam’s diplomatic protest. He added that “no one has the right to protest over Taiwan’s exercise of its sovereignty rights there.” Again, this all occurred when a KMT government was in power.

Taiwan is forcibly injecting itself into this already-complex territorial dispute. Ma has called upon all parties to consider multilateral negotiations and joint development of the South China Sea’s resources. Not coincidentally, that move would give Taiwan a seat at the table. Even though none of those countries is willing to establish formal relations with Taipei, they may have to deal with Taiwan as a key party to what are becoming ever more dangerous disputes, given its entrenched physical position in the area.

Being accorded such respect, however grudgingly, would have important implications for Taiwan’s international role. The island’s current status hangs by a thread, with only about two dozen nations maintaining official ties to Taipei. And all of them are small nations that Taiwan has effectively bribed with financial inducements to refrain from switching diplomatic recognition to Beijing. That fading strategy cannot endure much longer—especially as China’s economic resources and influence continue to mount.

Injecting itself as a major player in a volatile territorial dispute may be a last-ditch strategy for gaining international recognition and respect. In any case, Taiwan is a wild card in what are already tense, worrisome confrontations between China and several of its neighbors. If that was true under a hyper-cautious KMT government, it is likely to become even more so in a DPP administration. Washington and other governments need to monitor carefully this latest troubling development.

Ted Galen Carpenter, a senior fellow at the Cato Institute and a contributing editor at The National Interest is the author of 10 books and more than 600 articles on international affairs. His books include America’s Coming War with China: A Collision Course over Taiwan (Palgrave Macmillan 2006) and Perilous Partners: The Benefits and Pitfalls of America’s Alliances with Authoritarian Regimes (Cato, 2015)