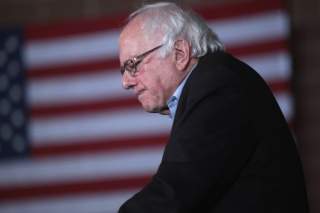 The Democrats in Philadelphia aren’t doing any better than the Republicans at promoting an image of unity. So far no one can make it through a speech without interruption from the Sanders supporters. The clash between Clinton and Sanders has for the most part been framed as disagreements over economic and welfare policy. But one overlooked division stems from a rising dissatisfaction with the foreign-policy vision of Clinton and other Democratic elites.

These divisions matter in the short run in Clinton’s campaign against Trump but also in the longer run for the course of a potential Clinton White House and the Democratic Party. Those vying for influence within Democratic ranks are essentially split three ways over the direction of foreign policy.

The first group is called the liberal internationalists. Their motivating ethos is that the United States is, in former Secretary of State Madeleine Albright’s words, the “indispensable nation.” This group believes that the United States must play a decisive leadership role on all fronts—military, economic and diplomatic—with the rest of the world.

Hillary Clinton, of course, is the current torchbearer for this group, which is composed primarily of well-educated and well-to-do Democrats and includes most Democratic elites and party leaders. Like Clinton, this group of Democrats supports the vigorous use of military force both to confront terrorism and to defend and promote human rights. As evidenced by Clinton’s strong defense of NATO in response to Trump’s recent comments questioning the U.S. role in Europe, liberal internationalists believe American security is closely linked to the security of its allies around the world and that the global alliance system is central to the pursuit of a wide range of American foreign policy goals.

As Clinton told the Veterans of Foreign Wars this week, “I believe in standing with our allies because they are part of what makes us exceptional.” This group is also supportive of American leadership and international cooperation in other arenas such as climate change and global health. On the economic front, these Democrats strongly favor free trade and view globalization in a generally positive light.

In contrast, restrained internationalists support the cooperative and economic aspects of American foreign policy but hold a much stronger preference for the use of diplomacy over the use of force. Some in this camp are supportive of limited military efforts to prevent humanitarian disasters, but this group includes the sizeable number of dovish Democrats who have opposed most major military actions since Vietnam. Though like other Democrats they view terrorism as a threat, restrained internationalists worry about going too far in the fight against terrorism and getting entangled in endless wars abroad while eroding civil liberties at home.

Unlike the liberal internationalists, isolationist-protectionists tend to have less education and lower incomes. They are the people most affected by the death of American manufacturing and the restructuring of the economy. Given this, isolationist-protectionists view globalization and the global economy with great suspicion and overwhelmingly oppose free trade deals. In an op-ed condemning the Trans-Pacific Partnership, Sanders argued, “One of the major reasons why the middle class has been in a forty-year decline: poverty has been increasing and the gap between the very rich and everyone else has been growing wider and wider due to our disastrous trade policies.”

Finally, thanks to this laser focus on domestic issues, isolationist-protectionists tend to be the least supportive of the use of force whether the issue is terrorism, defending allies, or protecting human rights.

Despite general agreement with Clinton on the need for U.S. leadership on global issues like climate change and for working with allies, Bernie Sanders is not a liberal internationalist and his surprisingly successful campaign revealed two fault lines at work dividing the Democratic Party on foreign policy. The first fault line was the question of military intervention. Where Clinton has supported every major American military action since the 1990s, Bernie Sanders—and many Democrats—opposed them. The second fault line was international trade. Like her husband before her, Clinton was a champion of free trade while serving as Secretary of State. Sanders, of course, along with many Democrats, fiercely opposed the Obama administration’s trade deals.

In highlighting these fault lines the Sanders campaign energized the two insurgent camps within the Democratic base, uniting them under a banner bearing eerie similarities to the one promoted by Donald Trump, a vision combining economic protectionism and an emphasis on domestic issues over foreign affairs. The appeal of populist and nationalist rhetoric made it difficult for Clinton to beat Sanders, continues to make it hard for her to consolidate her base, and has blunted what was expected to be her significant advantage over Trump on foreign affairs.

Longer term this year’s campaign suggests that liberal internationalism’s days as the Democrats’ undisputed foreign policy platform are numbered. The battle between Clinton and Trump may temporarily paper over the Democrats’ internal struggles, but in fact Donald Trump’s success only reinforces the danger of assuming Americans have the stomach for ambitious foreign policies. As a recent survey from the Pew Research Center found, 57 percent of Americans think the United States should deal with its own problems and let other nations manage on their own, more think that involvement in the global economy is mostly bad than mostly good, and 70 percent of Americans want the next president to focus on domestic policy, not foreign policy.

Like it or not, Clinton and other liberal internationalists will need to do more to persuade Democrats that the United States can and should continue to engage the world as deeply as it has for the past generation.