The Long Battle for Mosul: Is Iraq Ready? 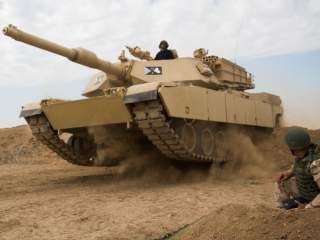 Last month Iraqi forces successfully retook Ramadi after it had been in the hands of the Islamic State (ISIS) for more than a year. It was the first major victory for the Iraqi Security Forces (ISF) since ISIS swept the Iraqi Army from large sections of the country in 2014. The victory has justly lifted the morale of the ISF troops—hugely important in war. But next in the crosshairs is the city of Mosul. The stakes for both Baghdad and ISIS in the outcome of that fight are enormous. The task facing Iraq, however, is going to be more challenging than it will be for ISIS.

Islamic State leaders recognize the importance of Mosul and appear ready to put up significant resistance. Earlier this week FOX News reported that ISIS leaders had publicly burned alive some of its fighters for failing to fight to the death in Ramadi. Whether this punishment bolsters the nerves of their fighters to fight to the death in Mosul or causes more fighters to abandon a hopeless cause remains to be seen.

On paper it seems Baghdad’s troops would overwhelm ISIS forces in Mosul and sweep them away, as the ISF can deploy not only upwards of ten times more soldiers, but critically will also have the help of U.S. and other nation’s airpower, ground controllers, special operations troops and intelligence. But battles aren’t fought on paper. The battle of Aleppo in Syria, however, offers a glimpse of what might await the ISF in Mosul.

In July 2012 rebels first started fighting government troops in Aleppo and began capturing whole sections of the city. Damascus sent 20,000 troops to recapture it from the rebels, who were far fewer in number. By late 2012 the fighting had settled into a stalemate and the city was effectively carved up into districts, some held by regime troops and others by various rebel groups. Almost four years later, the city remains a fighting sinkhole with regime troops unable to push the rebels out. With the recent addition of Russian airpower on the side of the regime, the fighting has intensified, though the main result has been to further render Aleppo into rubble. Mosul might turn into the same sort of fight.

Mosul contains very dense built-up sections of the city, similar to that of Aleppo, which offers defenders significant advantages. ISIS leaders have had eighteen months to learn every area of the city, to prepare elaborate defenses and to set booby traps and mines to make the task for attackers more difficult.

For Baghdad to prevail, it must drive ISIS out of Mosul as it did in Ramadi. ISIS, however, knows it cannot defeat the attacking forces and will likely limit their ambitions to holding the most defendable sections of the city. Their objective will be to turn the fight into a stalemate, endlessly sapping the strength of the attackers. If the ISF, with U.S. airpower, assaults Mosul with the express purpose of liberating it yet proves unable to drive ISIS out, the morale boost they’ve taken from the victory in Ramadi will quickly evaporate.

If, on the other hand, the ISF enters the fight with a sober understanding the fight will be long and hard, are effective in shutting down ISIS supply lines and prove able to relentlessly prosecute the fight, ISIS will be hard pressed to hold on over time. In that case the Islamic State brand will suffer, their foreign funding would likely slow as donors fear backing a loser, and perhaps most importantly, the flow of willing replacement fighters might slow, making it more difficult for ISIS to replace those killed or wounded.

If the fighting slogs into stalemate, however, almost the opposite will happen. ISIS morale will increase, Iraqi troops’ willingness to fight hard and risk their lives will drop, foreign donors and replacement fighters would likely surge as the Islamic State brand is seen by many as able to stand up not only to Baghdad but also to the massive international military effort against them. If Iraq tries and fails to take Mosul, even their previous victories would become vulnerable. For example, ISIS may begin a successful resurgence in Ramadi. But the greatest casualty would be that in all probability the war would be even further from resolution, the suffering by the civilian population will continue and the threat of more international terrorism rise.

Unfortunately, based on a decade of poor-to-disastrous ISF performance, the probability that Iraq’s military successfully holds Ramadi and follows up with a victory in Mosul is rather low.