The Obama Administration Needs to Stop Fueling the War in Yemen 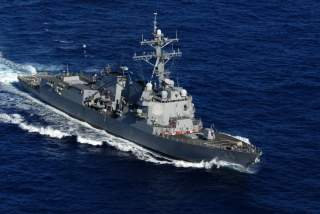 If the United States Government required more concrete evidence that war crimes are being committed in Yemen on a near daily basis, then last weekend’s reported Saudi airstrike on a building full of mourners should finally put the debate to rest. The attack, which health officials in the Yemeni capital say was caused by three or four missiles fired on the funeral compound, killed approximately 140 people and left over 500 others wounded. The footage taken immediately after the blasts showed an apocalyptic scene, with charred bodies, body parts scattered around the venue, twisted metal, small fires, and the screams of survivors and rescue workers ferrying the wounded to the nearest hospital. The scale of the carnage was so overwhelming that calls were broadcast over the radio begging for civilians to come to the nearest hospital or clinic to donate blood.

These kinds of attacks on civilians and civilian objects have been occurring throughout eighteen months of warfare that has torn apart a country that was already the region’s poorest and least developed.  Indeed, an armed conflict that the Saudi-led Arab coalition initiated in March 2015 with a clear and specific mandate — transplant Yemeni President Abd Rabo Mansour Hadi back into the presidential palace — has deteriorated into a quagmire that is barely moving the battlefield geometry. The anti-Houthi coalition’s ability to ride their early momentum has stalled as the war shifted further north, where Houthi influence was far stronger and more consolidated.  What we are left with is an Arab version of the Vietnam War — a much more superior military in terms of firepower, technology, and manpower unable to dislodge or defeat a movement with at least some amount of grassroots support.

With approximately 10,000 people killed in a war approaching its third anniversary, U.S. officials are increasingly concerned that military support on behalf of the Saudi air campaign is enabling the kinds of airstrikes that occurred in Sana’a last weekend.  Human rights and legal officials in the U.S. State Department, according to documents obtained by Reuters, reveal a serious worry among some in the government that continued support from Washington could theoretically expose the U.S. to war crimes charges. The tens of billions of dollars in U.S. defense sales to Saudi Arabia since the air campaign began, when combined with American refueling of Saudi warplanes, has permitted Riyadh to replenish its dwindling supply of munitions and keep its planes in the air. Now the USS Nitze has fired Tomahawk cruise missiles at radar sites in Yemen.

The statement released by the National Security Council’s spokesman is the strongest comment from the Obama administration about Saudi Arabia’s conduct in the war to date. It suggests that the United States will not only undertake a top-to-bottom review of U.S. military assistance to the Saudi coalition, but could even cut off that assistance if Riyadh and its allies don’t stop bombing civilian targets and the public infrastructure that is so important to the humanitarian community’s ability to deliver food, water, and medical equipment.  If this is indeed the strategy the Obama administration is pursuing, it would come eighteen months late.

When administration officials are asked to explain why the United States is assisting the Saudi campaign, we generally hear the usual, tired refrain about the duty and obligations of the U.S. having the backs of our allies. Very rarely do we hear anything specific to the situation in Yemen, an omission that is a reflection of how poorly served the United States truly is in getting involved in this civil war.

Official U.S. policy states that only a diplomatic resolution between Hadi, the Saudis, the Houthis, and supporters of former Yemeni President Ali Abdullah Saleh will end the war.  The Obama administration likes to constantly say the phrase, “there is no military solution to the conflict,” but that phrase just so happens to be accurate in Yemen’s case.  Even with Saudi air power, pro-Hadi elements on the ground have not shown themselves to be strong enough to win the war by force.  The Houthis setbacks earlier in the war point to a similar conclusion.  So why, given these facts, is the U.S. making a diplomatic settlement more difficult by continuing to assist the Saudis militarily?  And why would President Hadi exhibit some pragmatism at the negotiating table when he has the Gulf Arabs and the United States at his disposal?

Saudi Arabia is in fact an ally of the United States. But, as NSC spokesman Ned Price has said, even allies aren’t entitled to blank checks. It’s well past time for the Obama administration to stop fueling the war, push through a new resolution at the Security Council mandating an international commission of inquiry and a full arms embargo on the country, and devote itself wholeheartedly to a U.N.-negotiating process that has been spoiled repeatedly by Hadi’s unrealistic demands and the Houthis’s aggressive political behavior.