The Sobering Truth About the Pentagon’s Acquisition Failures 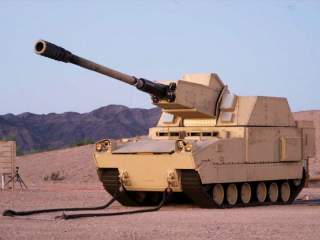 During the State of the Union Address last month, President Obama catalogued many of the reasons he said the United States was strong and the future bright. One of the biggest, he claimed, was the quality of the U.S. Armed Forces. “The United States of America is the most powerful nation on Earth. Period,” he proclaimed. “Our troops are the finest fighting force in the history of the world.” The audience of the most influential and powerful people in America then interrupted his speech with thunderous applause. A closer examination of a few critical facts, however, might have restrained some of that chest-thumping pride.

The truth is, the United States is nowhere near as powerful and dominant as many believe.

In the aftermath of Operation Desert Storm in 1991, there was great celebration in America that the crushing military victory over Saddam Hussein’s Iraq, “kicked the Vietnam syndrome once and for all” and demonstrated the United States was now the world’s sole military superpower. That was no empty bluster. Even Beijing and Moscow were impressed and openly lamented they were militarily inferior. Americans across the board were optimistic and proud. However justified that pride might have been at the time, it quickly mutated into distasteful arrogance. Now, it is an outright danger to the nation. Perhaps nothing exemplifies this threat better than the Pentagon’s dysfunctional acquisition system.

As many are aware, official studies have reported in detail how the military acquisition system is broken, inefficient and wastes money. If that were the extent of the problems, it would only be “troubling.” But an examination of the subject in a broader context reveals the situation is far more serious and has already placed U.S. national security at increased risk. One of the military’s most egregious acquisition failures has been the U.S. Army’s Future Combat System (FCS). For two key reasons the damage done to overall American security by that botched effort has been far worse than most realize.

First was the opportunity costs. Then-Army Chief of Staff Gen. Eric Shinseki outlined his vision for the Army’s future and started the developmental phase of FCS during a speech in 1999. It became an official program of record in 2003. Yet owing to a plethora of problems, it was canceled by the secretary of defense in 2009. A full decade was lost during which the United States could have been modernizing its ground forces, allowing Washington to maintain its sizable capability advantage over the rest of the world.  But that opportunity was lost.

A even greater cost, however, was the hit to American prestige. The rest of the world has simply not suffered from the same acquisition impotence as the Pentagon. The yawning capability gap that once existed between the United States and the rest of the world has now shriveled to nearly nothing. The clearest example—and should be the most embarrassing to America—has been the creation and now production of the Russian Armata Universal Combat Platform.

The FCS was supposed to have been a “system of systems” using a common chassis among eight different ground combat vehicles, highlighted by a mobile tank-like vehicle and an infantry carrier.  After ten years and $20 billion FCS produced nothing. Meanwhile on the other side of the world, the Russians needed only six years to design, test and then start producing technologically advanced combat vehicles, highlighted by the Armata T-14 tank and T-15 personnel carrier. Both employ state-of-the-art armor, weapon systems, ammunition and fire-control systems. The T-14 in particular appears to be just as survivable and deadly as the U.S. Abrams tank. In 1991, the Abrams could have won a tank-on-tank engagement against possibly every potential enemy tank in the world.

That advantage has been lost.

How can Washington’s acquisition failure be explained in light of Moscow’s success? It should be of no small concern that America is becoming comparatively weaker militarily against Russia owing not to inferior intellectual ability, financial strength or industrial capability, but to a self-deluding arrogance.

With Putin’s continued aggressiveness in Europe it is not out of the question that U.S. ground forces might one day be called upon to fight Russian troops in support of our NATO allies. As such, America must begin now to restore its once-dominant military capability. For that to happen, U.S. senior military and civilian leaders are going to have to sober up by drinking deeply from a pot of humility. Otherwise America’s military advantage could eventually disappear entirely.

Daniel L. Davis is a widely published analyst on national security and foreign policy. He retired as a Lt. Col. after twenty-one years in the U.S. Army, including four combat deployments, and is a member of the Center for Defense Information's Military Advisory Board.  The views in these articles are those of the author alone and do not reflect the position of the U.S. Government. Follow him on Twitter @DanielLDavis1.