What Is an Ally? And What Are Alliances For? 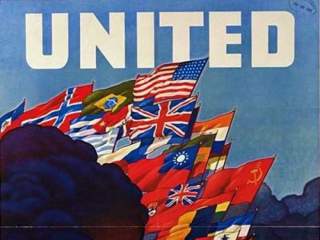 In a recent discussion at the Center for the National Interest, the University of Chicago’s John Mearsheimer and former U.S. ambassador to Germany Richard Burt talked about the role of allies and alliances in U.S. foreign policy. Mearsheimer spelled out his familiar critique of the dominant grand strategy of liberal hegemony (which others have called primacy), and made the case for an alternative of offshore balancing, which I think bears a strong resemblance to restraint—though John might disagree.

He explained that the defenders of liberal hegemony who dominate the bipartisan foreign policy establishment don’t worry much about allied free riding (aka buck passing). They might complain about it for public consumption—indeed, it has become something of a ritual—but most foreign policy elites privately prefer that America’s many allies follow Washington’s lead. And that isn’t absolutely required; if our allies don’t even pretend to be following us, and simply allow us to do the security heavy lifting, that’s fine, too.

As Mearsheimer explained, in his inimitable fashion, Washington’s foreign policy establishment doesn’t want local “dummkopfs” such as Turkey, Germany or Japan running the show against ISIS, Russia or China, respectively. That would be disastrous. Because Americans “stand tall and we see further than other countries into the future,” as Madeleine Albright said, it is better for the whole world to simply let us do everything, everywhere.

The United States’ recent military adventures, including the Iraq War, a seemingly endless nation-building mission in Afghanistan, and the Obama administration’s drive-by shooting in Libya, cast doubt on Albright’s perspective. Given our track record, it seems an appropriate time to let the so-called dummkopfs have a go at addressing security challenges in their respective regions, rather than expecting them to wait for the American cavalry to save them.

After all, U.S. officials actually don’t see very far. They certainly can’t see into the future. Many seem incapable of looking past Step 1. Hillary Clinton boasts, with a laugh, “We came. We saw. He died,” referring to the toppling and subsequent brutal killing of Libyan leader Muammar Qaddafi. Her callous disregard for what came after seems neither farsighted nor tall; instead, it comes across as obtuse and petty.

But the observation from the allies and alliances discussion that I found most interesting came in response to a question by frequent TNI contributor Paul Pillar. He asked if the words “ally” and “alliance” had become confused. Might it be time to revisit the standard definition of those terms, and compare them with how they are used today? Who should have the privilege of being called an ally?

This recalled for me a comment from a recent meeting hosted by the Charles Koch Institute, in which former U.S. ambassador to Saudi Arabia Chas Freeman pointed out that the United States doesn’t really have allies any more. Ally implies reciprocity, a degree of mutual obligation, of shared interests and shared responsibilities. By that standard, the U.S. doesn’t have allies; we have protectorates—we defend them, and they let us. My Cato colleagues Doug Bandow and Ted Galen Carpenter, among others, would agree.

Mearsheimer observed that there is no single correct definition of the word “ally.” It is used in the context of liberal hegemony as a mark of affirmation. The Clintons and Albrights of the U.S. foreign policy community believe that we should rule the world. They speak of an international community, led by the United States. Thus, the term “ally” is thrown around liberally. Essentially any country that buys into Washington’s hegemonic program, any country willing to go along with the proposition that the United States is and should be the world’s policeman, is an ally.

We can see, then, that for all the talk of free riding, for all those instances when some U.S. government official expresses concern or frustration that allies don’t do more to defend themselves and their interests, it’s just that: talk. For the dominant foreign-policy community, allies are the equivalent of Facebook friends. U.S. officials count them, rank them, and occasionally thank them. But we don’t ever expect these “allies” to actually do anything for us in return.