What Is the Best Way to Deal with the Problem of Islamic Terrorism? 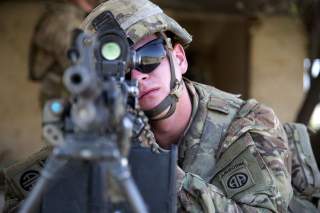 The Center for the National Interest partnered with the Charles Koch Institute to host a foreign policy roundtable. Among the topics addressed was: What is the best way to deal with the problem of Islamic terrorism? Watch the rest of the videos in the series “Today’s Foreign Policy Challenges.”

Reducing the threat of Islamic terrorism has been a primary focus of American foreign policy for more than 15 years. The Bush administration declared a global war on terror, seeking out terrorist groups in their own countries and taking the fight to them. The Obama administration extended this strategy to new theaters. In practice, this has meant war in Iraq and Afghanistan, drone campaigns across the Middle East, and local partnerships to disrupt terrorist networks and destroy their safe havens. The global war on terror has been expensive—a new study from Brown University puts the tab at $5 trillion. Surely these efforts have made America safer?

A panel of top international relations experts thinks otherwise. Collectively, these scholars believe that America’s deep engagement in the Middle East has not helped improve American security. Instead, in the words of Boston University’s Andrew Bacevich, “On balance, U.S. military intervention in the Islamic world has made things worse—at great cost to ourselves and, frankly, at great cost to the people we’re supposedly liberating.” The panelists discussed a number of issues relating to the roots of Islamic terrorism and its implications for U.S. policy. They focused on how Western policymakers perceive the problem and how this has shaped our strategic response. Finally, the scholars discussed practical solutions that the United States should adopt and ways that these might differ from current policy.

Bacevich suggests that the Islamic world is experiencing a “civilizational crisis.” He believes that a small minority of Muslims are struggling to reconcile their faith with secular modernity and are lashing out at the greatest symbol of that modernity: the United States. As a result, terrorism cannot be stopped by outside intervention. John Mearsheimer of the University of Chicago disagrees. He argues that Western policy is responsible for the region’s descent into chaos and the propagation of terror organizations, syndicates, and paramilitaries. He believes decades of deep engagement have stoked the ire of violent subnational groups. From Mearsheimer’s perspective, the invasion of Iraq and the overthrow of Moammar Gadhafi in Libya dismantled institutional barriers keeping those forces in check. The result has been civil wars that are responsible for the deaths of hundreds of thousands and the displacement of millions of people.

However, as the University of Notre Dame’s Michael Desch notes, American analysts should not let reasonable concerns about terrorism distort their view of the Islamic world. Desch believes that many policymakers have become too focused on a minority of Muslims suffering from the “civilizational crisis” described by Bacevich. This leads them to ignore the vast majority that has made peace with modernity. Indonesia, for example, is the world’s most populous Muslim country, and, despite some simmering tensions, it is significantly freer and safer from terrorism than many countries in the core Middle East.

Harvard University’s Stephen Walt also thinks Americans need to re-examine their perception of Islamic terrorism. He believes the threat of attacks has been inflated. Relative to other types of danger or causes of death, terrorism poses very little danger to individual Americans. Walt cites John Mueller of The Ohio State University, whose recent research shows that the chances of an American being killed in a terrorist attack are extremely small. According to the Cato Institute’s Christopher Preble, the odds are “much smaller” even than the one in 3.5 million figure Walt mentions. In Walt’s view, policymakers need to calibrate their response to the actual threats posed by terrorism rather than understandable but exaggerated fears.

However, Barry Posen of the Massachusetts Institute of Technology emphasizes that this doesn’t mean the problem can be ignored. The situation in the Middle East is undoubtedly unstable, and problems there have spilled over into Europe and the United States. Terrorism is a real issue that demands a policy solution—a fact not lost on the panelists.

William Ruger of the Charles Koch Institute offered some concrete recommendations for how to tackle the problem of Islamic terrorism. He suggests that the United States use a “smaller footprint” for the cases where military force is required to pursue specific terrorist targets and that policing efforts are more appropriate in most cases. From his perspective, law enforcement and investigation are more effective and less expensive ways to prevent terror attacks, and they do not result in the same blowback as foreign military operations. Furthermore, they have the added benefit of increasing cooperation among countries in a region. Mearsheimer hopes that such a plan might be the basis for the United States to share more of the counterterrorism burden with local actors, especially those who have much more at stake. Posen concurred that relying more on the intelligence community and local actors and less on the military, the United States can make itself safer from terrorism at a much smaller cost.

Terrorism will remain one of Washington’s key concerns for some time. But the arrival of a new administration presents an opportunity to revisit conventional approaches to issues like Islamic terrorism, Putin’s Russia, and the U.S. defense budget. Policymakers should take heed of fresh ideas, as they may well provide solutions to the difficult problems that the United States cannot overcome with force alone.