What Trump Means for the Future of Conservative Publications 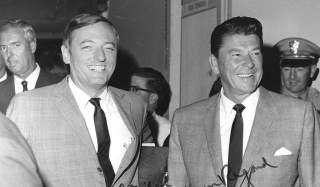 In a recent interview with Politico, Republican congressman Mark Sanford remarked that conservative lawmakers are reluctant to criticize Trump “for fear of Breitbart.” How did Breitbart, a start-up publication on the populist fringe, become so powerful so quickly? And what does Breitbart’s rise portend more generally for the conservative press in the era of Trump?

Although Breitbart has honed a distinct message, its path to influence is hardly without precedent. Since the emergence of the modern conservative movement in the 1950s, the right’s most influential publications have followed trajectories similar to Breitbart’s.

Breitbart, like its successful predecessors, stumbled upon the three ingredients that conservative publications need to wield outsized influence.

First—contrarian, elite leadership with access to establishment institutions. Although Breitbart rails against “globalist” financial and entertainment elites, the publication’s former executive Stephen Bannon himself is a Harvard Business School graduate and former Goldman Sachs banker turned Hollywood producer. Before taking over Breitbart, Bannon developed his personal brand by rebelling against the dogmas of his social class, even while leveraging his establishment connections for financial and political support. Famed conservative editors throughout the late twentieth century became public intellectuals in much the same way. William F. Buckley Jr. is perhaps the most prominent example. Several years before launching National Review, Buckley achieved his national breakthrough with the publication of God and Man at Yale—a “lover’s quarrel” with the university, as George Will described it. Buckley and his book may very well have remained in obscurity but for the endorsement of Life magazine’s John Chamberlain, a Yale alumnus himself. Finances were also critical: Buckley's father, a wealthy oil developer, funded a $19,000 (more than $155,000 in today’s dollars) book promotion and later invested $100,000 (over $750,000 today) behind National Review.

Second—an anti-establishment message with resonance in mainstream America. Although based in New York and Washington, the traditionalist, free-market arguments that conservative publications inveighed against the New Left gave intellectual imprimatur to sentiments prevalent across the country. Through trenchant dissents on issues such as crime, race relations and the Cold War, even highbrow magazines like Commentary and The Public Interest—initially confined to a Jewish literary-intellectual milieu—could help advance a coalescing conservative movement. As Benjamin Balint puts it in his history of Commentary, “A once marginal group of ex-leftists found that their ideas were extraordinarily relevant to the country at large. Their quarrels had foreshadowed larger political shifts; their ideas had become the politics of governments; their preoccupations had become the country’s.” The same happened to Breitbart as economic nationalism and hardline stances against immigration and political correctness gained traction amid a populist backlash.

Third—relationships with successful presidential candidates. The most influential conservative publications have appealed to competitive presidential candidates. Ronald Reagan, for example, had been a subscriber of Human Events since 1961 and later credited the publication for helping him to “stop being a liberal Democrat.” Once in office, Reagan regularly consulted Human Events and invited its editors for policy briefings, sometimes against the counsel of his more moderate advisers. In the post-Reagan era, however, Human Events suffered a precipitous decline. Breitbart’s outsized influence is largely due to the fact that the publication doubled down behind Trump’s candidacy before much of the conservative media even took him seriously. Unlike its predecessor publications, however, which endured William Knowland’s unrealized presidential ambitions, Barry Goldwater’s humiliating 1964 defeat and Reagan’s unsuccessful primary challenge in 1976, Trump’s overnight victory has thrust Breitbart into the spotlight without giving it the time to lay deeper roots.

Breitbart’s newfound influence, then, could be quite fleeting. It is, as literary critic Alfred Kazin once wrote of influential magazines, “a date, ‘an issue,’ a moment; it is created out of an exacting sense of time and is about time.” The historical backdrop that propelled Breitbart will pass, but Breitbart’s path to notoriety offers a playbook that could be replicated with relative ease.

The conservatives who comprised the #NeverTrump movement are precisely the type of elite defectors who could establish rival publications­—and do so without the stigma of aligning with Trump. If the Trump administration betrays conservatives, the opportunity will be ripe for a primary challenger in 2020 à la Reagan in 1976 or Pat Buchanan in 1992 that will give new life to alternative conservative publications.

Trump’s political fortunes, in any case, may be beside the point. Even if the Trump administration enacts its agenda and wins the support of the American people, fundamental challenges will remain that call for conservative solutions. There are few signs that the Trump administration will try to curtail the growth of government or tackle entitlement reform. The country’s divisions along racial and socioeconomic lines were many years in the making, and will not be solved by renegotiating “horrible” trade deals. And the breakdown of the traditional family—a consequence of the establishment’s indulgent attitude toward no-fault divorce and out-of-wedlock birth—will manifest in an array of social pathologies whether or not political leaders care to acknowledge the issue today.

Indeed, conservative reformers with an intimate understanding of Trumpism, but who maintain independence from the Trump administration, may be best positioned over the long run. They can find appeal among Trump supporters without ideological contortions, yet, unlike Breitbart, they will be free from day-to-day White House political pressures.

The costs of running conservative publications have never been lower. Buckley had to raise $550,000 in 1950s dollars just to ensure that National Review could reach a “small, but crucial group” of 150 thousand people, and he may not have had a choice given that contemporaries such as The Freeman or American Mercury were too tarnished to revive conservatism. But the familiar path from obscurity to prominence among other conservative voices, combined with the opportunities of online media, suggest that today’s obscure publications could exploit an opening.

Pratik Chougule is the managing editor of The National Interest.