Which U.S. Ally Isn't Whining about Being Called a 'Free Rider'? 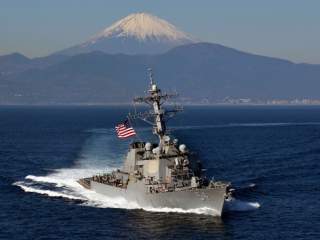 I wrote last week about how the Saudis, among others, were upset that President Obama called them free riders.

At least one of America’s long-time allies, however, appears to be a exhibiting a different sort of behavior. Last year, the Japanese Diet pushed through reforms to its national security regulations allowing the country to play a more active role in East Asia. Decried by some as an abandonment of Japan’s pacifist traditions, the policy reforms reflect instead, explains Jennifer Lind, in a new paper in Cato’s Policy Analysis series, “only the most recent recalibration of Japan’s postwar grand strategy.” Lind will be at Cato next week to discuss her findings and the implications for U.S. policy in East Asia.

The Japanese legislation is already having an effect in the region. The clearest example of Japan’s greater burden-sharing behavior is the increasingly active military role it has played in the South China Sea. My Cato colleague Eric Gomez pointed out to me that in early March, Japan and the Philippines signed a defense agreement covering both transfers of military equipment and joint research projects, the first time, according to Franz-Stefan Gady of the Diplomat, “that Japan has signed such an agreement with a Southeast Asian country.”

Other examples of Japan’s growing role in the South China Sea are easy to find. A Japanese defense expert recently called for greater U.S.-Japan military cooperation on freedom of navigation patrols there. Meanwhile, the U.S. military announced that it will conduct naval exercises with Japan and India in waters near the Philippines sometime in 2016. Such activities reveal what Japan is willing to do to counter China’s assertive behavior.

Japan’s efforts should be welcome news for Americans, but Lind’s research suggests that this shift is reversible. She explains, “Japan does less when it can; more when it must.” China’s growing military power and threatening actions toward Japan have prompted the Japanese to take on a greater responsibility for defending themselves, but they are still dependent on the United States. They might grow less dependent, however. Lind points out that during the Cold War, for example, “Tokyo increased its military capabilities and roles only when it had to: when the security environment worsened, and when the United States looked unlikely to rectify the imbalance.” Therefore, Japan may return to free riding when China stops behaving aggressively, or if U.S. officials signal that the United States will play a more active role balancing against China – effectively absolving the Japanese of responsibility for doing so.

It is premature to declare that the United States and Japan have achieved an equitable burden-sharing arrangement. Far from it. According to the SIPRI Military Expenditure Database, Japan’s military spending as a share of GDP (1.0 percent in 2014) remains well below the global average (2.1 percent), and per capita military spending also lags well behind the leading advanced democracies. It will be hard enough for Japanese politicians to sell higher military spending if it comes at the expense of domestic priorities. It might be impossible if U.S. leaders signal that Tokyo’s efforts to boost Japan’s defenses are not welcomed, or if Washington doubles down on U.S. commitments to treat Japan’s security interests as synonymous with our own.

For now, however, Japan’s behavior suggests that not all of America’s allies are content with being security free riders. Obama’s tough love could convince others to take ownership for their security, and be in a better position to work with the United States to address common security challenges.