Why Cover for Saudi Arabia? 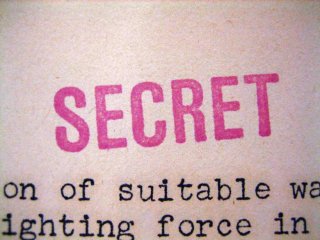 President Obama reportedly “cleared the air” with Saudi officials during his visit to the Kingdom earlier this week. We should all ask when he’ll do the same with the American people.

I’m speaking, of course, about the Obama administration’s refusal to declassify the infamous twenty-eight pages from a 2002 joint congressional inquiry into intelligence failures surrounding the September 11 attacks. The Bush administration redacted the pages before release—allegedly “for reasons of national security”—and its successor has so far concurred with this decision. Many of those who have seen the concealed passages have called for them to be released to the public, including the two cochairs of the joint congressional inquiry, former Florida Senator Bob Graham and former Congressman Porter Goss.

Goss—who served as CIA director after his tenure in Congress, and who worked in the Agency’s Directorate of Operations, the clandestine service, for over ten years—understands the importance of keeping secrets. We can therefore speculate that the blacked-out pages are not concealing sensitive sources and methods, otherwise Goss wouldn’t favor their release. Rather, the twenty-eight pages seem emblematic of a broader problem in U.S. foreign policy: namely, the inability and/or unwillingness of U.S. government officials to speak honestly with the American people about the nature of the governments and individuals with whom they choose to cooperate.

There is a rather long-running tradition of U.S. presidents engaging in subterfuge, misdirection and/or outright deception about such matters. And some of these associations with undemocratic, shady and/or brutal leaders might have been justifiable under the circumstances. During World War II, for example, President Roosevelt referred to Joseph Stalin as gentle “Uncle Joe” to polish the Soviet leader’s public persona in the United States.

More often, though, U.S. partnerships with questionable characters harm America’s moral standing while doing little (if anything) to improve U.S. security. The United States’ decade-long support for the brutal Shah directly contributed to the rise of the anti-American regime that continues to rule Iran. Others in the perilous partners’ hit parade include Ferdinand Marcos, Hosni Mubarak, and Chiang Kai-Shek. Ted Galen Carpenter and Malou Innocent tell the story in considerable detail, and with characteristic flair.

To be sure, the U.S.-Saudi relationship (it is not a formal alliance) is more complicated than most. But it is not an accident that Carpenter and Innocent focused particular attention on the twenty-eight pages in their book.

The renewed scrutiny of the censored passages now comes at a particularly delicate time for U.S.-Saudi relations. Legislation wending its way through Congress with bipartisan support could expose Saudi officials to legal jeopardy if they were found to be implicated in the 9/11 attacks. The Saudis, in turn, have threatened to sell off an estimated $750 billion in assets to protect them in the event that the legislation became law. So far, the Obama administration has followed its predecessor’s lead, stressing the importance of sovereign immunity and threatening to veto the legislation if it passes.

As my Cato colleague Emma Ashford points out, the twenty-eight blacked-out pages are unlikely to include a smoking gun that would prove the government of Saudi Arabia’s complicity in a court of law. Meanwhile, portions of the story are already known, with CBS’s 60 Minutes being merely the latest to tell the tale. Two of the 9/11 hijackers, Nawaf al-Hazmi and Khalid al-Mihdhar, arrived in Los Angeles in January of 2000 “after attending an al Qaeda summit in Kuala Lumpur, Malaysia.” The two Saudi nationals met up with “Fahad al-Thumairy, a diplomat at the Saudi consulate known to hold extremist views.” 9/11 investigators would later interview Thumairy, and he was denied reentry to the United States in 2003 for his “suspected ties to terrorist activity.” Another person of interest is Omar al-Bayoumi, who met with the future hijackers in February 2000 and later helped them secure a place to live in San Diego by paying their security deposit and co-signing their lease. Bayoumi, according to the 60 Minutes story, “was a ghost employee with a no-show job at a Saudi aviation contractor outside Los Angeles while drawing a paycheck from the Saudi government.” In an interview with 60 Minutes’ Steve Croft, Sen. Graham stated emphatically that he believed Bayoumi was a Saudi agent. 9/11 Commissioner Tim Roemer appeared to concur.

60 Minutes noted “There's no evidence that Bayoumi or Thumairy knew what the future hijackers were up to, and it is possible that they were just trying to help fellow Muslims.” The 9/11 Commission concluded, more broadly, "We have found no evidence that the Saudi government as an institution or senior Saudi officials individually funded the organization." But we can’t know for sure so long as crucial details remain locked behind closed doors.

The case for concealing the nature of the U.S.-Saudi relationship was never very strong. Nor is the case for blacking out those twenty-eight pages. Some secrets need protecting, but this is one story that needs to be told.