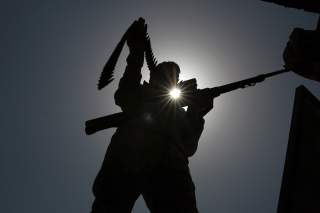 The Trump administration’s announcement that it was ending the CIA’s covert program of support for “moderate” Syrian rebel forces provides hope that U.S. officials may finally be learning from their policy failures. However, it must be kept in mind that the CIA program was merely one component of Washington’s larger strategy to back insurgents trying to overthrow Bashar al-Assad’s government. It remains unclear whether that objective and the other measures to bring it about also will be abandoned.

There is little doubt that the CIA’s effort and the overall U.S. quest to identify and strengthen moderate rebels has been a fiasco. Even worse, the Syria venture is merely the latest in Washington’s disastrous history of backing such forces in multiple countries since the end of the 1970s. Supporting the Afghan mujahideen against the Soviet army of occupation was the first initiative, which greatly strengthened radical Islamist forces in that country. Later manifestations, including the Reagan administration’s support for the Nicaraguan Contras and Jonas Savimbi’s National Movement for the Total Independence of Angola, the Clinton administration’s reflexive embrace of the Kosovo Liberation Army, George W. Bush’s collusion with the Iraqi National Congress, and the Obama administration’s assistance to rebels trying to oust Libyan dictator Muammar el-Qaddafi, produced equally dismal outcomes. All of those episodes should have led to acute embarrassment among the gullible U.S. officials responsible for that track record.

But Washington’s support for Syria’s insurgents may qualify as the biggest embarrassment yet. There were ample warning signs early on about the actual nature of most Syrian rebels, and a few U.S. officials were uneasy. President Obama’s secretary of defense, Leon Panetta, later conceded that in Syria “there was little coordination between the opposition groups, and some had unsavory ties to terrorist groups.” Those factors, he stated, “made us wary of committing to their cause, so our initial support was nonlethal—training, for the most part, as well as supplies, but not weapons.” In reality, Washington’s backing was far more extensive than Panetta described, and it clearly included weaponry. The factors he cited should have induced maximum caution. Instead, much of the aid, especially lethal aid, ended up in the hands of Islamic extremists, and in some cases, outright terrorist factions.

The U.S. assistance strategy failed even the test of basic competence. At one point, the Obama administration placed primary emphasis on forces the United States would directly identify, fund and train.  The hope was that this vaunted cadre of true freedom fighters would number in the tens of thousands. Unfortunately, the program proved to be a total flop. Despite spending $500 million, only a handful of graduates emerged. They were not even remotely sufficient to create the moderate bulwark of the anti-Assad rebellion.

U.S. agencies even have ended up arming rival factions among the insurgents. As journalist Eric Margolis observes caustically, “Fed up with the astounding incompetence of the White House, the U.S. military launched and supported its own rebel groups in Syria. The CIA did the same.” Those forces have battled each other about as much as they have battled either the Assad regime or ISIS.

It also is increasingly evident that Jabhat al-Nusra, Al Qaeda’s (allegedly former) Syria affiliate, and its allies are the leading factions in the insurgent movement. Journalist Gareth Porter notes that “information from a wide range of sources, including some of the groups that the United States has been explicitly supporting, makes it clear that every armed anti-Assad organization unit [in key provinces] is engaged in a military system controlled by Nusra. All of them fight alongside the Nusra Front and coordinate their military activities with it.”

An especially revealing incident underscored the Jabhat al-Nusra dominance. One of the allegedly moderate groups Washington has backed is the Syrian Revolutionaries Front (SRF). The Obama administration even supplied the SRF with TOW anti-tank missiles. When a combined force of Jabhat al-Nusra and non-jihadi forces captured a major Syrian army base at Wadi Deif in December 2014, the power relationship among the various groups soon became quite clear. Only Nusra and its close ideological ally Ahrar al-Sham were allowed to enter the base. The SRF and other less radical types were excluded.

Yet that treatment was relatively mild compared to Porter’s account of what Jabhat al-Nusra administered to another U.S.-supported group, Harakat Hazm, in April 2015. Before a campaign was launched against government-held Idlib province, Jabhat al-Nusra forced Harakat Hazm to disband. The militants then confiscated all of the TOW missiles Washington had given the latter entity.

The Jabhat al-Nusra has renamed itself Tahrir al-Sham, but that move and the official severing of ties with Al Qaeda has done nothing to change the nature of the organization or its controlling position in the Syrian insurgency. Islamists indisputably dominate that movement.

Washington’s ill-advised support for Syrian rebels deserves a niche alongside similar policy embarrassments regarding Nicaragua, Angola, Kosovo, Iraq and Libya. Time and again, U.S. officials have supported insurgent movements that turn out to be as bad as, or even worse than, the regimes they seek to overthrow. One wonders how often that ugly experience needs to be repeated before American leaders learn the appropriate lessons.  Let’s hope that the Syrian debacle will be the last unfortunate episode.