Will El Chapo’s Capture Really Disrupt the Flow of Drugs? 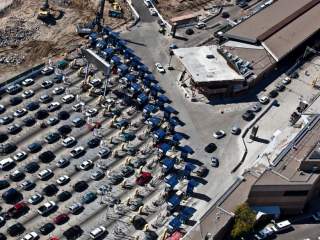 The capture of Joaquin “El Chapo” Guzman Loera, the notorious head of the Sinaloa drug cartel, by Mexican marines has triggered euphoria in both Washington and Mexico City. Guzman’s escape last year from Mexico’s highest security prison (the second time in a little more than a decade that he had accomplished that feat) had been an acute embarrassment to Mexican political leaders, and they are anxious to put that episode behind them. Their U.S. counterparts are equally eager to get custody of Guzman through the extradition process. To put it mildly, there is evidence that the Sinaloa cartel has had a somewhat cozy relationship with portions of the Mexican government, that Guzman may have received assistance from prison authorities for his two escapes, and that a third successful escape from a Mexican facility is not that hard to imagine. U.S. authorities certainly do not wish to take any chances.

The larger question is what effect (if any) Guzman’s capture is likely to have on the drug flow coming out of Mexico into the United States and on the level of drug-related violence in Mexico. There are several possibilities, none of which is especially appealing.

The least likely scenario is that the removal of Guzman will greatly disrupt the flow of illegal drugs. Chicago Tribune columnist Steve Chapman justifiably scorns that notion.

“In reality, the capture of the narcotics kingpin is likely to have about as much impact on drug supplies as Martian solar winds do. You wouldn’t expect long lines at the gas pump if the CEO of Exxon Mobil were suddenly unavailable, because the company, its retailers, and its suppliers would go on functioning.  The same holds true for the Sinaloa drug operation.”

Chapman’s point is largely true, but there is one very important difference between the oil industry and the narcotics trade: the first is legal, the second is not. And that means that matters of succession can—and often are—played out in very different, and far less orderly, ways. It is possible that Chapman is correct and that the vast Sinaloa organization will scarcely miss a beat even with Guzman behind bars. After all, he seemed to run the operation effectively under those conditions when he was in prison in the late 1990s (before his first escape) and for more than eighteen months prior to his second escape in 2015. A third stint in a Mexican prison might  produce a similar result.

Incarceration in a U.S. prison might be a different matter, though. And that would test Chapman’s proposition that the Sinaloa organization has an orderly succession plan for a new CEO. Perhaps it does. But we have already witnessed bloody leadership succession struggles in other drug trafficking organizations, including the Tijuana cartel, the Beltran-Leyva cartel, and La Familia. Such struggles usually led to the marginalization or the disappearance of such organizations. A similar internecine conflict in Sinaloa would have far-reaching implications, since that cartel dominates the U.S. drug market. Indeed, the U.S. Drug Enforcement Administration estimates that the Sinaloa organization controls about as much of the U.S. retail illicit drug market as all of the other Mexican trafficking cartels combined.

An internal struggle for power within Sinaloa would create irresistible temptations for the cartel’s rivals. Indeed, much of Sinaloa’s growth over the past two decades came from exploiting internal feuds in other trafficking organizations. That was especially true of the schisms in the Tijuana, Beltran-Leyva, Juarez and Gulf cartels. All of those organizations were once far more powerful than they are today, and Sinaloa was the principal beneficiary of their decline.

Guzman’s capture may create an opportunity for competing cartels (including some newer players, such as the Zetas) to reverse that process and try to gain market share by any available means. Such a development would not be good for Mexico. Drug-related violence in that country has ebbed in the past few years after explosive growth during the presidency of Felipe Calderon (2006-2012). The ebbing of violence coincided with the expansion of the power of the Sinaloa cartel and the increasing marginalization of its rivals. It is unlikely that such stability will persist if there is either an internal power struggle in Sinaloa or renewed turf fights between that cartel and its adversaries.

U.S. and Mexican officials might think about such matters while they are cheering Guzman’s capture. El Chapo is assuredly a violent, evil man. But his removal does nothing to change the robust demand for his product. And continuing to insist on a prohibitionist strategy regarding narcotics means that other evil, violent men, rather than legitimate business types, will be the ones to satisfy that consumer demand.

Ted Galen Carpenter, a senior fellow at the Cato Institute and a contributing editor at The National Interest, is the author of ten books on international affairs, including The Fire Next Door: Mexico’s Drug Violence and the Danger to America (2012).