Why Russia, China and North Korea Should Fear America's B-21 Bomber 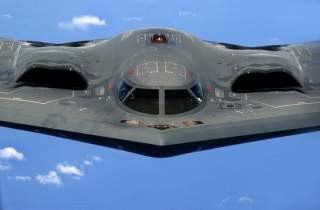