[amazon 0547416997 full]IN DECEMBER 2001, an upstart Silicon Valley company named Google posted its corporate philosophy, in the form of a list of “Ten Things We’ve Found to be True,” on its website. At once charmingly idealistic and off-puttingly smug, the list set the tone for Google’s future public pronouncements. “You can be serious without a suit,” read one of the tenets. “You can make money without doing evil,” read another. But it was the most innocuous sounding of the ten principles—“It’s best to do one thing really, really well”—that would prove to be most fateful for the company. No sooner had it pledged to remain a specialist than it began to break its promise by branching into new markets, with far-reaching consequences not only for its own business but also for the Internet as a whole.

Google issued its philosophy at a decisive moment in its history. Although it had incorporated just three years earlier, in late 1998, its eponymous search engine was already widely viewed as the best tool available for navigating the net. But the company was struggling to make money. To succeed financially, its young founders, Stanford grad-school buddies Larry Page and Sergey Brin, knew they would have to supply not only search results but also advertisements tied to those results. At the time, the market for search-linked ads was dominated by another Internet start-up, Overture, which had forged partnerships with major web portals like Yahoo, America Online, Ask Jeeves and Earthlink. Google’s own advertising system, AdWords, was more sophisticated than Overture’s, but big websites feared that the company, which operated its own site at Google.com, might end up competing with them for online traffic. Google’s high-toned philosophy, with its promise to stick to doing “one thing”—i.e., web search—“really, really well,” was meant to reassure would-be partners that it wouldn’t expand into their markets. The subtext was clear: “You can trust us; we’re pure.”

The tactic worked. During the course of 2002, Google signed advertising deals with a series of portals and other leading sites, including Earthlink, Ask Jeeves and, most important, America Online. It vanquished Overture, which would soon be acquired by Yahoo, and set itself on course to becoming the enormously profitable company it is today. Things didn’t work out quite so well for Google’s partners, many of which would come to rue the role they played in securing the fledgling company’s success. As Google grew, it expanded well beyond its initial focus on search, jumping into markets for e-mail, news aggregation, instant messaging, maps, financial advice and video distribution among many, many others. Although the phrase “It’s best to do one thing really, really well” remained a part of Google’s official philosophy, by the end of 2005 the company had added an asterisk to the principle. “Over time,” a footnote coolly explained, “we’ve expanded our view of the range of services we can offer—web search, for instance, isn’t the only way for people to access or use information—and products that [four years ago] seemed unlikely are now key aspects of our portfolio.”

Google’s hyperactivity in launching new services has helped the company gain an ever-larger purchase on people’s online lives, and it has opened up lucrative new sources of advertising revenues. But that expansionary zeal may turn out to be the firm’s Achilles’ heel. Last November, the European Union opened an antitrust investigation into Google’s business practices. In June, it was revealed that the U.S. Federal Trade Commission had launched a similar probe. The two investigations focus on whether Google is using its omnipresent search engine to funnel people to its other sites, to the detriment of competition and innovation. To put it another way: Can the navigator also be the destination? The way regulators and legislators answer that question will shape the net’s future as well as Google’s.

THE MAN who wrote Google’s ten-point philosophy, a marketer named Douglas Edwards, has written a memoir of his time at the company. The book, I’m Feeling Lucky: The Confessions of Google Employee Number 59, is by no means the most thorough or evenhanded account of Google’s formative years, but it is the first to be written by an insider. It’s a breezy, engaging story of what it’s like to be on board an Internet juggernaut when it takes off. But the book also sheds light on the character of a company that has very quickly come to play an outsized role in both commerce and culture, mediating people’s connections with information and ideas in myriad ways.

Edwards joined Google at the end of 1999, just as the company’s search engine was beginning to attract wide notice for the superiority of the results it produced. He had the immense good fortune to be recruited when the company was still offering generous stock grants to all new hires. Although he’s coy about the ultimate size of his windfall, it’s clear that when he left Google, not long after its IPO in 2004, he was a wealthy man. But Edwards was considerably less lucky in being hired as a marketing functionary at a company whose technology-obsessed founders openly and very vocally disdained marketing, viewing it as, at best, a necessary evil in the fallen world of big business. Early in Edwards’s tenure, Sergey Brin suggests, quite seriously, that Google use its entire marketing budget “to inoculate Chechen refugees against cholera.” When he’s finally convinced that it may be both impractical and unwise for Google to inject itself into a civil war in Russia, he offers another suggestion for the marketing dollars: “What if we gave out free Google-branded condoms to high-school students?”

But if Edwards’s profession dooms him to playing a peripheral role in Google’s engineering-centered organization, it provides an important benefit to his narrative. A naïf in the world of computer systems, Edwards quickly receives a hands-on education in the arcana of computer networking and software programming, and the story of his education helps illuminate Google’s inner workings for the reader as well. The company remains in a perpetual state of emergency throughout its early years, as it struggles to add computer capacity to handle its explosive traffic growth, and even lowly marketers are called upon to lend a hand when the engine sputters. On a Saturday morning shortly after he’s hired, Edwards finds himself inside a vast data center helping a team of engineers wire together racks of homemade server computers. Many of the best parts of this book involve such eyewitness accounts of Google engineers struggling to keep intricate arrays of hardware running smoothly, solving thorny software problems, and fighting heroic battles against spammers and other online hooligans.

Google’s rise is breathtaking, and there’s much to admire about the dedication, skill and quirky aplomb of the company’s founders, technologists and other staffers. Page and Brin, who seem to be forever at work, rollerblading through the tight corridors of the company’s offices at all hours of the day and night, have no patience for the trappings of corporate bureaucracy. The only things that matter to them are the quality of a person’s work and the incisiveness of his or her thinking. Every aspect of the company’s mechanics, operations and ethics is subjected to ferocious debate, and good ideas are embraced whether they come from a senior executive or the company cook. Originality and ingenuity are richly rewarded, and orthodoxy is viewed with suspicion, if not contempt. To call the company a meritocracy would be an understatement.

But as Edwards’s tale progresses, it becomes clear that, for all Google’s praiseworthy qualities, the company is hampered by a narrow perspective and an insular culture. Its flaws, like its strengths, stem from the personalities of its founders. Page and Brin seem oblivious to the world beyond technology, taking little interest in art or policy making or even popular culture, and they have trouble understanding anything that can’t be measured in precise units or otherwise expressed in numbers. When pushed outside their geeky comfort zone, they can be pigheaded and petulant. Brin, while obviously endowed with a brilliantly analytical mind, comes off particularly poorly in Edwards’s account. He flits through the story like a spoiled child. At one meeting, where difficult decisions are being made about employees’ roles, he shows up wearing a spandex cycling outfit and amuses himself by flying a remote-controlled toy aircraft over the heads of his colleagues. At another point he nixes a potential Google print ad because it includes pictures of what he terms “unattractive people.” He explains: “Our ads should always be aesthetically pleasing so people will think happy thoughts when they think of Google.”

Page is rarely so callous, but like his friend he seems blind to shades of gray, particularly when looking at his own company. Even his vocabulary is Manichaean. What’s good is “Googley.” What’s bad is “Not Googley.” Any outsider who dares to question Google’s motives or criticize its actions is immediately dismissed as a “bastard.” The word “evil” is tossed around carelessly. Such a blinkered and self-serving view of the world may be forgivable, and perhaps even necessary, in a young entrepreneur trying to get an ambitious technology company off the ground, but as Google has grown and its influence has expanded, its insularity and hubris have become troublesome. They account for many of the missteps that have recently slowed the company’s momentum and muddied its reputation.

Pullquote: It becomes clear that, for all Google’s praiseworthy qualities, the company is hampered by a narrow perspective and an insular culture.Image: 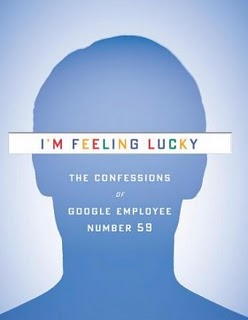