Mama Grizzly vs. The Establishment

IN HIS novel The American Senator, Anthony Trollope has Elias Gotobed visit England to study its institutions. Senator Gotobed, an apostle of the wisdom of the common man, soon expresses his consternation at the feudal power and prerogatives, the arrogance and presumption, of the nobility. He informs a British acquaintance that his country is stuck in the past:

The spirit of conservatism in this country is so strong that you cannot bear to part with a shred of the barbarism of the Middle Ages. And when a rag is sent to the winds you shriek with agony at the disruption, and think that the wound will be mortal.

It’s a sentiment that American conservatives have always grappled with uneasily. In the past century, the Right has wavered between Burkean conservatism on the one hand and fiery populism on the other. But whether one traces its origins back to Founding Fathers such as Thomas Jefferson, who loathed cities and venerated rural life, or argues that it is of a slightly more recent Jacksonian vintage, a militant populism—God-fearing folk carrying the mantle of American exceptionalism—has become a potent feature of America’s political landscape.

[amazon 0061939897 full]Indeed, an insurrectionary trend—the attempt in fact to overthrow the regnant liberal ruling class—began to take hold in the early 1950s with the Joseph McCarthy–led revolt against intellectual elites and establishment Republicans. Too much too soon perhaps—too indebted, above all, to the bilious McCarthy—it never gained the necessary traction.

The liberal historian Louis Hartz suggested that the absence of a feudal aristocracy meant that a viable American conservative tradition could not exist. In 1955, William F. Buckley Jr., who cowrote with L. Brent Bozell McCarthy & His Enemies, established the National Review and declared that its mission was to stand “athwart history, yelling Stop.” Buckley was trying to create a right-wing movement by improbably grafting together Burkean traditionalism with populism. His personal lodestar might be Edmund Burke, but he also knew that for conservatism to flourish, it needed foot soldiers. Barry Goldwater and his libertarian challenge to the GOP’s complacent grandees supplied them. The Goldwater uprising set the stage for the Reagan revolution.

Ronald Reagan’s presidency signaled the apparent demise of the Republican ancien régime. With Reagan’s rise, a dynamic conservatism flourished. The stodgy Calvin Coolidge and Herbert Hoover–style Republican era was passé: “I don’t think we ought to focus on the past,” Reagan said, “I want to focus on the future.” As historian Garry Wills has noted, the Gipper espoused a most unconservative sentiment by frequently quoting the radical Tom Paine: “We have it in our power to start the world over.” In his first inaugural address, Reagan declared that government was the problem, not the solution, all the while championing a crusading foreign policy (which rested on Washington’s intervention abroad).

It has been a back-and-forth battle for the soul of the party ever since. For the war against the old-guard Republican establishment, the “wets” to use the British term, was never decisively won. Rather, during George H. W. Bush’s presidency, conservatives of various stripes fell into a funk over his readiness to compromise on tax hikes and his alleged timorousness in global affairs—most notably when it came to Iraq and Bush the Elder’s refusal to take us all the way to Baghdad.

As the New York Times’s Sam Tanenhaus observes in the epilogue to his book The Death of Conservatism, by 1995 neoconservative godfather Irving Kristol was so exasperated that he called for the emergence of a new “popular movement,” one that was ready to “walk away” from the GOP if it succumbed to the temptation to cater to moderates. Kristol, in other words, anticipated the rise of the Tea Party and the purge of establishment Republicans.

Certainly since the end of the George W. Bush presidency, conservatives have been feuding. The recent round of bloodletting, which has culminated in the loss of likely Republican Senate seats in Delaware and elsewhere, has yet to end as conservatives like Richard Lugar are now being targeted for insufficient ideological purity. This all prompted former–Republican Senator John Danforth to recently remark that the GOP may end up “beyond redemption.” The Republican Party is a house divided. It has resurrected itself politically, and Americans are turning back to the GOP, but the party is sundered by enmity between populist and elitist camps.

No doubt the Right’s hardiness has come as something of a cataleptic shock to the many liberals who concluded that with President Barack Obama’s victory it was time to read the conservative movement its last rites. It hardly appears ready for embalmment. Instead, it is vigorously waging a battle over its own identity. Those looking to restore a dynamic golden age of antiestablishment, everyman sentiment seem to be winning. The result is that the party is moving decidedly to the right.

PERHAPS THAT is why at the 2007 presidential primary debate at the Reagan Library in Simi Valley, each Republican contender vied to claim the Great Communicator’s legacy. And no one has prompted more anguish within the Republican Party than Sarah Palin with her Gipper-like posturing.

While the Left depicts the erstwhile VP candidate as a kissing cousin of The Beverly Hillbillies and mocks daughter Bristol’s performances on Dancing with the Stars, former–Speaker of the House Newt Gingrich, Texas Governor Rick Perry, Louisiana Governor Bobby Jindal, and onetime presidential contenders Mike Huckabee and Mitt Romney, among others, have dutifully lined up to issue new campaign books to compete with the GOP’s star attraction. While Palin has played a pivotal role in prompting the electorate to rebel against the current administration, her amazing rise is clearly triggering heart palpitations in the Republican establishment. With the 2012 presidential election looming large, those on the right are taking sides—it is Middle America’s hoi polloiagainst the old guard.

Enter blue-blood sentiment: George H. W. Bush made his feelings quite clear by declaring that Romney would make an excellent president. But the real sting was administered by Barbara Bush: “I sat next to her once, thought she was beautiful, and I think she’s very happy in Alaska. And I hope she’ll stay there.” Palin responded:

I don’t want to concede that we have to get used to this kind of thing, because I don’t think the majority of Americans want to put up with the blue bloods—and I want to say it with all due respect because I love the Bushes—the blue bloods who want to pick and chose their winners instead of allowing competition.

Palin has a point. Many of the criticisms of Palin have more to do with her as a matter of taste than with her specific stands. In substance, her views are barely distinguishable from Bush the Younger’s. She is “W,” you could even say, without the strawberry leaves.

So this explains why one group in particular within the GOP has fervently backed her since the outset—has, in fact, staked its claim to her. Palin may champion the Tea Party, but she was discovered by Weekly Standard editor William Kristol and has earned accolades from author Midge Decter, who declared in the British neocon journal Standpoint that Palin is “young, handsome, clever, firmly married, a mother, a serious Christian, a right-to-lifer, who has been successful at virtually everything . . . to which she has turned a hand or mind or body.” Put otherwise, Palin represents what Irving Kristol was searching for in 1995—a stalwart, uncompromising and popular social conservative, a princess who needs guidance from a neocon adviser to the throne. In bashing liberal elites, she is sounding the theme that Kristol began enunciating in the 1960s when he attacked the “new class” of professors, bureaucrats, city planners and environmentalists who form a parasitic caste that restricts the free-enterprise system and personal freedom. Small wonder that Kristol fils was so taken with Palin when he first met her on a Weekly Standard Alaskan cruise in June 2007.

Palin has been a neocon with training wheels on for quite some time now; two of her closest advisers, Randy Scheunemann and Michael Goldfarb, are certainly card-carrying members. But she’s branching out. Palin represents a unique amalgam of neocon social conservatism, opposition to big government and a crusading foreign policy—including obeisance to Israel. She ostentatiously trumpets her populist bona fides, while steadily becoming part of the media elite. Like the neocons, she sees herself as an outsider battling the establishment.

But the trouble with Palin may be fundamental. Can she channel her hero Reagan with his cheery spirit of a nation full of optimistic individualists? Or will she destroy the resurgent conservative movement from within by coming across as a Mean Girl, reveling in her miscues, endorsing quondam witches like Christine O’Donnell for the Senate and demonizing her opponents while trying to return America to a mythical past? Will she look to the greater good of the party or will she throw a hissy fit if marginalized at the Republican convention? 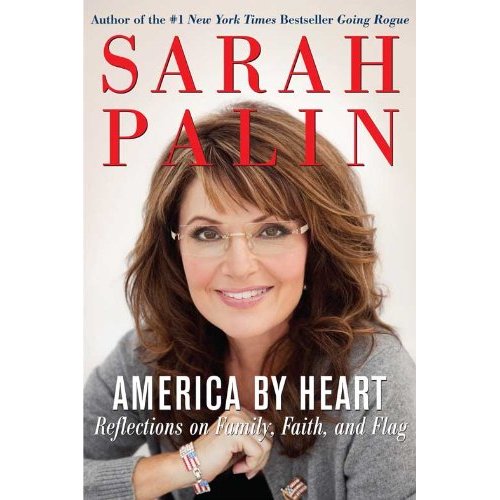