John Negroponte in Honduras, 1984.Of the many dichotomies in American public life, one of the most durable is the one between soldiers and diplomats. It fits nicely with others: hawks and doves; patriots and cosmopolites; nationalists and inter- or multinationalists. There are also related operational and behavioral dichotomies: strong versus weak; doing versus talking; solving versus managing problems. We cling, as President Obama infamously said, to our oppositional stereotypes. They are at once false and terribly real.

These stereotypes can be tempting to debunk. But we must do so with our eyes open. Some fifty years ago, the late historian Ernest May wrote what became a famous, but now largely forgotten, essay called “The Nature of Foreign Policy: The Calculated versus the Axiomatic.” It is about as clear a dissection of the dichotomous nature of American foreign-policy making as one could devise. In it he pointed to several instances where policy makers tried to limit, contain or otherwise control a foreign crisis or set of problems, only to find that the calculations failed and they were left nothing to fall back upon to guide subsequent decisions—except, that is, for the small set of axioms that are passed, and occasionally modified, from generation to generation.

Axioms tend to appear in the guise of slogans or doctrines. For most of the nineteenth and twentieth centuries, the Monroe Doctrine—which did not originate with that name—defined the American map of the Western Hemisphere. World War II and the Cold War expanded the doctrine, or variations of it, to the North Atlantic, the Persian Gulf and the North Pacific but stopped—by way of a terrible miscalculation—in Southeast Asia. Other important axioms include the “Open Door,” the “Good Neighbor,” and, more recently, the regional idea of “Whole and Free.” (Actually, this idea has roots in the Western Hemisphere going back to the early nineteenth century but now is applied mainly to post–Cold War Europe. Imagine an Asia whole and free!) Finally, there are the axioms that are attached to historical lessons or principles: the Munich principle of appeasement, which informed much of the thinking that went into nuclear deterrence; or the “lessons” of World War I and Vietnam, which still make policy makers think twice (or more than twice) about intervention and escalation for reasons of prestige or “credibility.”

This is all to say that the ways of thinking and acting in foreign affairs can be more consequential than the uniforms of the people doing them. At the same time, bureaucracies and bureaucratic culture matter, and not just on the margins. Ways of thinking do not evolve on their own; they are honed, rewarded, penalized and molded by official and unofficial environments and networks. The old model —where you sit is where you stand—contains a good deal of truth, but it is a necessary yet insufficient way to explain why the United States government does some things and should or should not do others. Thus, for all that the Defense and State Departments represent different cultures and policy capacities—not all directly connected to their vastly disparate budgets—we must remind ourselves that this particular binary opposition is easy to oversimplify or get wrong.

THESE TWO BOOKS offer a useful corrective to others, such as Stephen Glain’s State vs. Defense, that repeat the mantra that U.S. foreign policy has become overly militarized. Dwight D. Eisenhower was not the only one to warn of this—and his warning had to do mainly with domestic affairs. George Marshall also liked to say that giving the military a problem to solve will almost certainly result in a military solution. So why does it keep happening?

The truth is that it does and it does not. The Pentagon’s largesse has a powerful self-perpetuating quality, as anyone who has ever examined budgeting practices will understand. Use it or lose it, fortunately, does not always translate directly into its decision making. Largesse brings with it a bevy of constituencies and backers that the State Department could never replicate—even if the entire U.S. population suddenly were to demand multiple passports and massive passport factories were to appear in a dozen key Congressional districts. There probably never will be a diplomat-industrial complex, although an intelligence-security-industrial complex may someday come close. Therefore many things that civilians can and should do, both at home and abroad, will continue to be done by the U.S. military.

Yet this asymmetry only tells part of the story. Generations of diplomats have excelled at doing more with less. They are, ultimately, the ones who keep the country out of wars and who clean up the mess after they have begun. Big wallets and gunships have helped in both sets of instances, but ultimately diplomats are trained to succeed by their wits, whose value is impossible to quantify. Sometimes it can lead to the strategic brilliance of a Marshall Plan, quantifiable only at the outset; other times it can just mean being in the right place at the right time. It also can occasionally backfire.

Invoking Marshall’s name here is apt. Not all America’s diplomats have been “professionals.” Some of its best, like Marshall and Eisenhower, were also military men before they were statesmen, both in uniform and in mufti. Whereas some of the people most responsible for advocating and defending the use of force, as George Liebmann demonstrates in the case of John Negroponte, have been professional diplomats or have otherwise been part of State. One is reminded here, too, of Madeleine Albright’s infamous “use it or lose it” outburst that so angered Colin Powell. The roles and the professions are not fully interchangeable and, again, professional formation matters tremendously, but both have been quite malleable throughout American history. This has been, on balance, a source of strength, especially relative to other countries with more inflexible bureaucratic structures.

It is important to bear in mind just how recent the professional vintages are. Diplomats and soldiers, including some of the very best, have been around since the founding of the Republic, and military academies (though no diplomatic academy) have existed for about as long. The imbalance of professional prestige is also longstanding (no “peace-hero”—with the partial exception of Woodrow Wilson—has ever won a race for the White House), but so was a mistrust, even fear, of a standing army, at least until the middle of the twentieth century.

The modern Defense and State Departments as they are known today only emerged in the middle of the last century. Before the Second World War there were different, and sometimes competing, departments for war and the navy, while the U.S. Army was little more than a “constabulary force.” The U.S. Foreign Service did not exist at all until 1924 when the separate consular and diplomatic services were merged. There was no policy apparatus whatever, apart from the third, later second, assistant secretary, a nearly deaf man called Alvey Adee, who held the jobs for nearly forty years and who not only oversaw but also wrote nearly all diplomatic correspondence of any consequence. Adee began his career as an aide to the minister to Spain, General Dan Sickles, U.S. Grant’s one-legged army buddy, who, among other things, succeeded in seducing Queen Isabella II, which recalls that soldiers have been appointed to top diplomatic posts for some time and that they have performed other, quasi-diplomatic functions abroad. But it was only in the latter twentieth century that these roles were institutionalized.

THERE ARE TWO important features of this most recent period in the history of State and Defense: inter- and intraservice rivalry; and a persistent and perhaps deceptive commitment to reform. Both of these books—the first by a Maryland lawyer who has written an excellent study of interwar diplomats and the second by a defense intellectual who has served in the Pentagon, the National Security Council and briefly in the State Department—address both at length.

The State and Defense Departments have been separated by a “versus” ever since the latter was created in 1947. Then as now, it was a case of prerogative versus resources. Rivalries were common further down as well. Even in the post-Goldwater-Nichols era, soldiers, airmen and Marines tend to speak different languages, and the purple color of joint operations, while far more common and accepted than in the past, has not been the most prestigious. Intraservice rivalry is less pronounced in the State Department—this being one of the few cases where the lower stakes have meant battles that are less, rather than more, bitter—but there remain sharp divisions between generalists and specialists, Asia-hands and “Euroweenies,” and so forth. These are hardly new, either. The fusion of the two services in 1924 almost did not happen because of such strong resistance from the consular service—which had raised its professional standards a bit earlier—to being lumped with so many diplomatic amateurs, as they were and still are seen in some reactionary quarters. 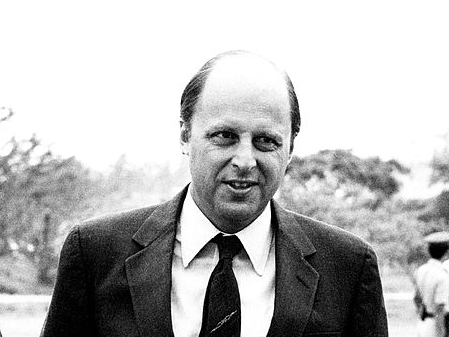