IF GREAT historians wake the dead, mediocre ones put the living to sleep. No one understood this better than Barbara Tuchman, who won two Pulitzer Prizes while conclusively disproving the elitist view of “popular history” as an oxymoron. The author of such works as The Proud Tower, A Distant Mirror, and Stilwell and the American Experience in China, Tuchman set a standard for historical scholarship that any academician might envy, and she did so without benefit of a PhD. Indeed, she declared her failure to secure the ultimate academic credential—a distinction, she archly noted, likewise withheld from Thucydides, Gibbon and Parkman—an undisguised blessing, given her desire to write for nonhistorians. In a collection of essays entitled Practicing History, Tuchman vividly conveyed her own sense of literary obligation:

In my mind is a picture of Kipling’s itinerant storyteller of India, with his rice bowl, who tells tales of ancient romance and legend to a circle of villagers by firelight. If he sees figures drifting away from the edge of the circle in the darkness, and his audience thinning out, he knows his rice bowl will be meagerly filled. . . . I feel just as urgent a connection with the reader.

Tuchman achieved fame during the 1962 Cuban missile crisis, when hawkish advisers pressed President John F. Kennedy to forcibly evict Soviet weaponry from the Caribbean island. JFK’s response to the hard-liners of EXCOMM was to recommend Tuchman’s instant classic The Guns of August, with its sobering account of Europe’s race to destruction in the reckless summer of 1914. Half a century later, as the superpowers clung to the narrow window ledge of nuclear standoff, Kennedy’s instinct was for caution. Tuchman supplied him with the perfect cautionary tale. Few authors can make so great a claim on posterity’s gratitude.

In filling the vital role of public intellectual, Barbara Tuchman was hardly alone. In her time the General Educated Reader, once so beloved by publishers, could savor the prose of Bruce Catton, Catherine Drinker Bowen, Robert Massie and William Manchester—forerunners of David McCullough, Doris Kearns Goodwin, Ron Chernow and Nathaniel Philbrick. Nor was it unusual in Watercooler America, before History became just another niche in an ever-more-fragmented marketplace, for eminent professors to share the best-seller list with their popularizing brethren. Such widely read academics as Samuel Eliot Morison, Arthur Schlesinger, Allan Nevins, Fawn Brodie and Daniel J. Boorstin approached the mass audience like students in a survey course.

What is a survey course, you ask. A century ago Harvard President A. Lawrence Lowell mocked the mythical grad student who arrived in Cambridge fully prepared to devote himself to the study of the left hind leg of the Paleozoic cockroach. An exaggeration, to be sure, but also a preview of the specialization that would raise the ivory tower to new heights. What the venerable John K. Fairbank called “the infiltration of history by the social scientist” led many to dismiss narrative history of the sort championed by Ms. Tuchman. The storyteller’s art yielded to statistical analysis. Of course, it wasn’t a statistic that wrote the Gettysburg Address, or devised a polio vaccine, or refused to move to the back of a segregated bus in Montgomery, Alabama. No quantifiable theory will explain the Watergate scandal, the zeal for justice that sent suffragettes into American streets, or the genius bubbling up from Moby Dick or The Iceman Cometh.

Oscar Wilde observed that artists shouldn’t try to be popular. Rather, he declared, the public should try to be more artistic. But surely this is a false choice. Surely we can all wish for a day when history lives for the average American with a force and relevance that make it an essential part of our culture—even our popular culture. Which brings us back to the historical fraternity. Like the farmer and the cowhand in Oklahoma, the academic and the popular historian should be friends. After all, both are in the perspective business. Both enlarge our sense of self by connecting us to distant centuries and cultures remote from our own. And both confront the common enemy of historical illiteracy.

Things may be looking up. Just when you thought ignorance of the past was approaching tsunami levels, along comes a splendid class of academic historians—H. W. Brands, Annette Gordon-Reed, Sean Wilentz, Walter McDougall, David Nasaw, Beverly Gage, and the Brinkleys, Alan and Douglas, to cite only the most obvious—who aren’t afraid to be accessible. In the 1930s that archetypal literary snob Edmund Wilson dismissed Carl Sandburg and his folkloric biography as the worst thing to happen to Lincoln since John Wilkes Booth. Today no shortage of people still read Sandburg, while would-be successors still grapple with the prairie poet’s mystical protagonist, “hard as rock and soft as drifting fog.”

Last year’s Lincoln bicentennial produced a bumper crop of useful volumes on top of the fifteen thousand or so already inspired by the sixteenth president. In Ronald C. White Jr.’s elegant biography it bequeathed a worthy successor to David Herbert Donald’s 1995 masterwork. Earlier this year T. J. Stiles’s magnificent life of Cornelius Vanderbilt, The First Tycoon, won a deserved Pulitzer Prize for Biography. I could go on . . .

Might we be entering a new golden age of scholarly history, as readable as it is rigorous? An impressive quartet of recent books by Jack Rakove, Gordon Wood, Robert Remini, and David and Jeanne Heidler argue for the affirmative. Bracketing an eventful century, from pre-Revolutionary America to the eve of the Civil War, these works showcase the talents of a constitutional scholar at the height of his game, two grand old men of the academy, and a husband and wife team who write with one voice and contagious enthusiasm.

[amazon 0618267468 full] JACK RAKOVE is a Pulitzer Prize–winning historian and political scientist at Stanford University. He is also a bit of a rebel himself, as demonstrated in Revolutionaries, his original and comprehensive account of America’s founding that is part group biography, part cultural and intellectual history. The book might just as well be titled Evolutionaries, for, Sam Adams notwithstanding, Rakove contends that it was a clutch of (mostly) reluctant patriots, radicalized by events few could predict, who fashioned a republic from a patchwork quilt of squabbling colonies.

It is a provocative thesis, notably at odds with John Adams’s oft-quoted claim that the Revolution had taken hold in American hearts and minds long before the first blood was spilled on Lexington Green. Rakove readily acknowledges that American independence owed as much to bungling politicians in London as to any burning desire for liberty among colonials deferential to their monarch, if not his ministers. Indeed, there might never have been a revolution, he suggests, but for the firebrands of Massachusetts, and the ham-handed response of British officials to the original Tea Partiers. By adopting the 1774 Coercive Acts, intended to humble Massachusetts and dam revolutionary currents gaining force elsewhere, Rakove asserts that an overreaching Parliament “turned the episodic political controversies of the previous decade into a revolutionary crisis.”

Yet his own chronology of unrest calls into question the sequence whereby subjects became citizens. Nearly a decade before Parliament closed the port of Boston in retaliation for a harbor full of tea, mobs in that combustible town protested the Stamp Act by demolishing the elegant home of royal governor Thomas Hutchinson. Even then, however, the local criminal element was seconded by nine provincial assemblies, led by lordly Virginia, which vigorously contested the right of Parliament to tax Englishmen overseas without their consent. Repeal of the tax merely whetted the appetites of those who had discovered a taste and, more importantly, a talent for defiance. In rapid succession, New Yorkers resisted the 1765 Quartering Act compelling them to pay for the maintenance of Crown troops stationed in America. Passage of the Townshend Acts in 1767, another parliamentary attempt to impose duties from afar, led most of the colonies to adopt self-denying ordinances banning the importation of English commodities. In 1772, Rhode Island patriots (smugglers from the British perspective) burned the schooner Gaspee in Newport harbor. The flames were barely extinguished when it was suggested that the instigators of such violence might be transported to London for trial. This in turn spurred Virginia to establish its own Committee of Correspondence, the better to coordinate growing opposition to Lord North’s maladroit government. A continental tinderbox awaited only the spark of muskets on Lexington Green to ignite a military conflict at least a decade in the making. 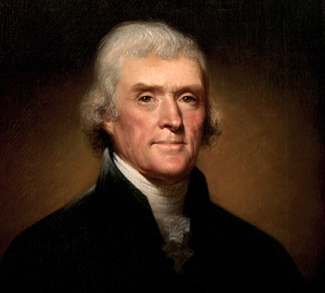