AS PART of its negotiations with the United States, Israel promised to freeze “all settlement activity” (including natural growth of settlements), a pledge later enshrined in the “road map” agreed upon in 2003. Later, Israel argued that it had arranged a private deal with the Bush administration, in exchange for its withdrawal from Gaza, to allow settlement growth within the “construction line” of such settlements—in other words, to build up but not out.

Daniel C. Kurtzer, then the American ambassador to Israel, denies discussions between the United States and Israel resulted in what he called “an implementable understanding.” But I have a vivid memory of a conversation with him in his ambassadorial office in which an exasperated Kurtzer complained that he had been unable to get any satellite photos or detailed maps from the Israeli government or army showing where these construction lines were.

Yet I had just spent a few nights watching Israeli troops patrol in the occupied West Bank. The Israeli commanders showed me their maps. Every building in that area of the West Bank had been photographed by satellite, mapped and given an identification code. Presumably, that was true for the entire West Bank. Yet somehow the Israelis could not come up with maps of their own settlements for Kurtzer and their closest allies, the Americans.

Another strong memory: With much fanfare, Condoleezza Rice traveled to Israel in the context of the Israeli withdrawal from Gaza to negotiate an agreement on travel and access for Palestinians and goods, not only through the Rafah crossing between Egypt and Gaza but also between the West Bank and Gaza. She pressed hard to get a deal that included a regular bus route to be run by the Israeli military between the two parts of the future Palestinian nation. It never happened. A senior Israeli commander in Gaza told me bluntly that “we never intended to arrange such a bus.”

Another: During the 2006 war in southern Lebanon, Rice visited Israel to try to negotiate a cease-fire. While she was there, on July 30, Israeli airstrikes on an apartment building killed twenty-eight civilians, half of them children, in Qana in southern Lebanon—the same town Israeli forces had shelled in the 1996 Lebanon conflict, killing more than one hundred civilians sheltered in a United Nations compound.

Rice, angry and embarrassed, gave a terse press conference after staying up most of the night to get an Israeli agreement for at least a forty-eight-hour halt to airstrikes. It was broken quickly, even before she landed at Ireland’s Shannon Airport to refuel. Finally home, she went straight to the White House to see President Bush. He said to her, Bush told Olmert, “Calm down, Condi.”

There are numerous examples of Israeli politicians shading the truth with even their best ally, the United States, and finding reasons to dilute or renege on their promises. And there are many instances in which the security mind-set in Israel, which always thinks of itself as embattled, overrules the willingness to take political or strategic risks.

“No one ever got demoted for being too careful,” a senior military-intelligence officer once told me. “Security is about reducing risks, not taking them.”

But it is a major leap from this reality to the assertion that a cohesive Israeli military elite not only runs the country but also has so distorted Israeli politics by its own aggressive view of the world as to make peace impossible. Yet that is the thesis of Fortress Israel: The Inside Story of the Military Elite Who Run the Country—and Why They Can’t Make Peace by journalist and historian Patrick Tyler. To his credit, even he doesn’t seem to believe it by the end of this historical inquiry, at least not with the crassness and simplicity of his own subtitle.

After all, Israel’s military and intelligence “elite” has been arguing, both privately and publicly, that an attack on Iran’s nuclear facilities now would be either ineffective or counterproductive, even deeply damaging. This has infuriated the elected prime minister, Benjamin Netanyahu. In this instance, the military elite seems dead set against war, certainly without American support.

Of course, Tyler is really talking about the Palestinians, but he both begins and ends his book with Iran.

THE FAILURE to reach a lasting Middle East peace cannot just be laid at Israel’s door, let alone simply at the door of its military elite, and Tyler acknowledges this as his book rolls along. This is a text of the twenty-first century by an experienced reporter who clearly does not like what Israel has become or is becoming and who has an overriding sympathy for those whom he perceives as Israel’s victims. In my view at least, the failure to reach a lasting solution to the conundrum of a modern, majority-Jewish state living at peace in the Middle East has many parents, including some living in the United States.

Though fascinating, Tyler’s book is a bit odd. It suffers, in my view, from false advertising. It is less an investigation into “fortress Israel” and its supposed ruling military elite than a diligent and insightful history of Israel’s leaders and their military engagements, some of them clandestine, since the establishment of the state.

Tyler, a former colleague of mine at the New York Times, has a terrific eye for telling detail. He is an assiduous gleaner of facts and tidbits better known in Israel, through Hebrew-language journalism and history books, than in the West—and certainly than in America, which generally doesn’t like its Israeli heroes to have too much clay in their feet.

There are interesting discussions of the deeply flawed personalities of numerous military and political figures, from David Ben-Gurion and Moshe Dayan to Yitzhak Rabin, Shimon Peres and, of course, Ariel Sharon, who in Tyler’s eyes represents nearly everything wrong with today’s Israel—aggressive, hotheaded, quick to shoot, dismissive of the Palestinians, and eager to seize and keep as much land as possible. They come across as men of mixed reputations and character, driven (like most people) by pettiness, envy, fear and arrogance.

Yet we really don’t find out much about these men that hasn’t already been published elsewhere. And to me there is a failure to comprehend—or, if comprehended, to acknowledge—the extraordinary nature of their collective achievement. Rabin, for instance, is a perfect example of a military man who took extraordinary risks for peace—and actually took a huge step toward permanent peace. Rabin also is a perfect contradiction of Tyler’s thesis.

That Rabin was assassinated before he could go further toward a settlement with the Palestinians and the Arabs by an enraged, passionate settler driven by religious motives is also a fine example of one more of the many reasons why Israel has trouble making peace—because of deeply religious settlers who think God has given them all of Eretz Yisrael, some of whom will kill before they ever leave it. These settlers represent a significant cause for stalemate, along with the small, one-issue religious parties that cripple Israeli politics and the inescapable fact that Israel has very real enemies. All this is true, but none of it has much to do with a military elite, let alone with a “Spartan” mentality that Tyler thinks has arisen to massacre the supposedly pacific and “Athenian” vision of Israel’s European-born founders.

TYLER OFTEN refers to the tragedy of Moshe Sharett, the Russian-born second prime minister of Israel, who was the country’s first foreign minister under Ben-Gurion and was his heir—until Ben-Gurion returned to push him out of politics. Tyler sees him as the fallen angel of Israel’s history, a man who opposed reprisal raids and wanted to live peacefully among the local Arabs. In Tyler’s telling, he was outmaneuvered by the cynical Ben-Gurion, his devious civilian aide Shimon Peres and the generals of the young Israeli army, including Moshe Dayan.

This book seeks to explain with realism and fairness how the martial impulse in Israeli society and among its ruling elite has undermined opportunities for reconciliation, skewed politics toward an agenda of retribution and revenge, and fomented deliberate acts of provocation designed to disrupt international diplomatic efforts to find a formula for peace.

He adds that Sharett’s “meticulous journals” demonstrate that “military ambition too often trumped moral aspiration, once the cornerstone of Zionism, to build a homeland that devoted its energy and resources toward integration.”

For Tyler, the complicated Ben-Gurion was the main obstacle to Sharett’s vision of regional peace. Ben-Gurion, Tyler writes, “denounced Sharett’s moderate approach to the Arabs as cowardly.” He says that Sharett

had embraced the new international order of Eisenhower, John Foster Dulles, and the United Nations following the two most destructive wars in history. The new order stood for conflict resolution by means other than war; it stood for negotiation and compromise. Statehood, as far as Sharett was concerned, required Israel to align its policies with those of the great powers and with the new UN Charter, and central to the charter was the inadmissibility of conquest as a means to resolve disputes. 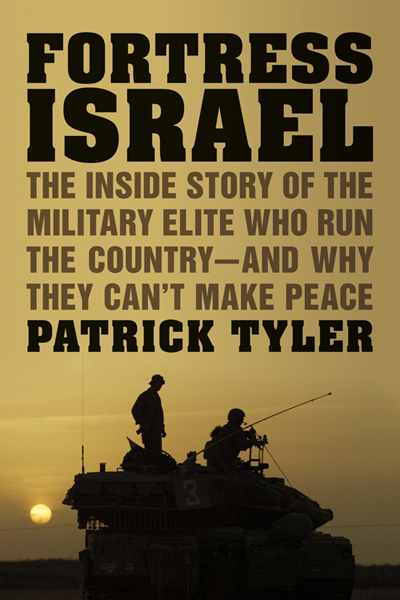