DID GENERAL Westmoreland lose Vietnam? The answer is no. But he did lose the war over the memory of the Vietnam War. He lost it to military historian Lewis Sorley, among others. In his recent biography of William C. Westmoreland, Sorley posits what might be called “the better-war thesis”—that a better war leading to American victory was available to the United States if only the right general had been in charge. The problem, however, is that this so-called better war exists mostly in the minds of misguided historians and agenda-driven pundits.

In the battle over the memory of the Vietnam War, Sorley annihilates Westmoreland and leaves his character and reputation in smoldering ruins. Yet Sorley’s victory in the fight for the memory of Vietnam has not brought us a balanced historical biography of Westmoreland.

In 2008, former secretary of defense Robert Gates chided the American military establishment, and the army in particular, for its affliction of “Next-War-itis.” Parts of the American military, lamented Gates, were too focused on fighting hypothetical future wars rather than the immediate wars in Iraq and Afghanistan. But the secretary also might have noted another dangerous affliction suffered by parts of the U.S. Army: “Past-War-itis.” Those afflicted with this disease obsess about a Vietnam defeat they believe should have been averted.

Sorley titles his book Westmoreland: The General Who Lost Vietnam. This is “Past-War-itis” run amok. Is it possible that a single man actually lost the war and all of Vietnam? The question is pertinent today because many seeking to bring logic to the past ten years of war in Iraq and Afghanistan have embraced the simplistic concept that to win those wars we just need to put the right guy in charge. One such example is the Council on Foreign Relations’ Max Boot, an enthusiastic supporter of the Iraq and Afghanistan wars. Boot has praised Sorley’s book. Writing in the Wall Street Journal, he called it “a valuable addition to the . . . literature that shows the Vietnam War was winnable if we had fought differently.” It isn’t surprising that a leading exponent of American empire today would embrace a thesis positing that America’s greatest military defeat could have been easily avoided. Another example is writer Thomas Ricks, one of the purveyors of the better-war thesis for Iraq. Ricks wrote a glowing jacket endorsement for Sorley’s book, and he also noted on his military-affairs blog that it would probably end up as the “definitive” biography of Westmoreland. If one is interested, however, in a fair and balanced historical biography of William C. Westmoreland, Ricks is wildly off the mark.

The better-war thesis argues that there was a tactical panacea in Vietnam—a golden cipher of success—just waiting for the right general who could grasp and apply it. Instead, for the first three years of the war beginning in 1965, the U.S. Army was led by a fumbling general named William Childs Westmoreland, who did not crack the code that would have produced victory for the United States. Luckily, as the better-war thesis continues, once Westmoreland was replaced in the summer of 1968 by a savior general named Creighton Abrams, everything changed for the better, and Abrams’s army actually won the war in the South by 1971. The tragedy, according to this thesis, was that weak American politicians undermined the victory by eventually cutting off material support to South Vietnam after the United States departed in 1972.

The tale of a better war in Vietnam is seductive. It offers a simple explanation of an army redeemed through tactical innovation brought about by a savior general. But the United States did not lose the Vietnam War because it didn’t have the right general in charge at the start, or because of weak politicians toward the end of the war. Washington lost because it failed at strategy. It failed, in short, to discern that the war was unwinnable at a cost in blood and treasure that the American people would accept. There was never a “better war” in Vietnam.

THIS FAITH in the promise of better tactical wars with savior generals has emerged in full force in the current wars in Iraq and Afghanistan. In August 2007, as the violence in Iraq dropped precipitously, Clifford May, former New York Times reporter and current president of the Foundation for Defense of Democracies, identified Petraeus as the main cause of the reduction in violence. May wrote that this enlightened general replaced a failed general and then equipped his army in Iraq with new methods for conducting counterinsurgency. Later, in October 2009, Sorley penned a New York Times article that praised the counterinsurgency tactics of General Stanley McChrystal, then senior American commander in Afghanistan. May and Sorley saw Iraq and Afghanistan as better wars in the making based on the arrival of savior generals.

In the spring of 2007, Lieutenant Colonel Paul Yingling wrote an important article about failed generalship in the U.S. Army. Yingling observed that generals should be held accountable when they fail in war. He posed the question: Why was the powerful U.S. Army having such difficulties defeating the ragtag insurgents of Iraq? His answer focused largely on failed generals who were not able to build effective military campaigns using proven counterinsurgency methods based on the “lessons” of Vietnam. Yingling’s article argued that there was a better tactical way to do counterinsurgency in Iraq and that a better batch of generals, such as David Petraeus, already was making it happen in spring 2007 with the troop surge.

But the conditions in Iraq that would lead to the lowering of violence in late 2007 were already in place. They included the spread of the Anbar Awakening and the decision of Shia militias to end attacks against Sunni civilians. Recently published databases such as the Iraq Body Count project’s show quite clearly that the sectarian violence peaked in December 2006 and then started to drop a good two months before Petraeus ever rode onto the scene with his new counterinsurgency manual in hand. Petraeus, the savior general, played only a marginal role in the greater series of events and circumstances that brought down the level of Iraqi violence.

The ancient Chinese philosopher of war Sun Tzu reportedly said thousands of years ago that “strategy without tactics is the slow road to victory,” but “tactics without strategy is the noise before defeat.” His point was simple but breathtakingly profound: If a state gets its strategy right—achieving policy aims at the least cost in blood and treasure—the tactics of fighting a war will fall into place. But if the strategy is wrong, no amount of tactical excellence can bring victory. The German army in World War II was probably the finest industrial fighting force the world had ever seen, with an ability to create huge amounts of fighting power. Yet all of that tactical excellence on the part of the German army could not rescue it from a broken strategy and an immoral policy driven by Nazism.

The better-war thesis argues that if only the U.S. Army had concentrated from the start on building up the South Vietnamese armed forces and winning the hearts and minds of the South Vietnamese people through limited applications of military force, we would have won the war. But the question remains: Precisely how could tactical adjustments early in the war have overpowered the political constraints placed on the army by the Johnson administration, which kept it from taking the fight to the North Vietnamese? Or the dysfunctional nature of the South Vietnamese government and military that precluded them from standing on their own? Or the declining popular support and political will in the United States as the war dragged on without a decent end in sight? Or, perhaps most importantly, how could tactical adjustments toward better methods of counterinsurgency have overpowered a communist enemy that fought the war totally while the United States fought it with limited means? In his Westmoreland biography, Sorley essentially ignores these questions.

Could the United States have prevailed in Vietnam? Yes, but it would have had to commit to staying there for generations, not a mere handful of years. The Vietnam War was an attempt at armed nation building for South Vietnam. Nations and their societies, however, are not built overnight, especially when they are violently contested by internal and external enemies. Thus, to prevail in Vietnam, the United States would have needed the collective will that it mustered to win World War II and would have had to be able to maintain it for generations. That kind of will—or staying power—was never a real possibility.

In war, political and societal will are calculations of strategy, and strategists in Vietnam should have discerned early on that the war was simply unwinnable based on what the American people were willing to pay. Once the war started and it became clear that to prevail meant staying for an unacceptable amount of time, American strategy should have moved to withdraw much earlier than it did. Ending wars fought under botched strategy and policy can be every bit as damaging as the wars themselves. 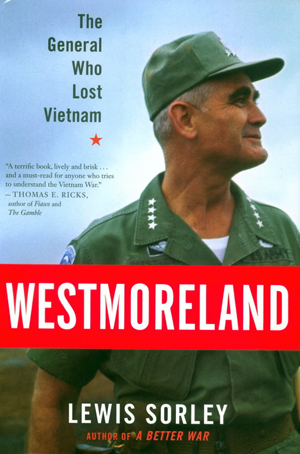